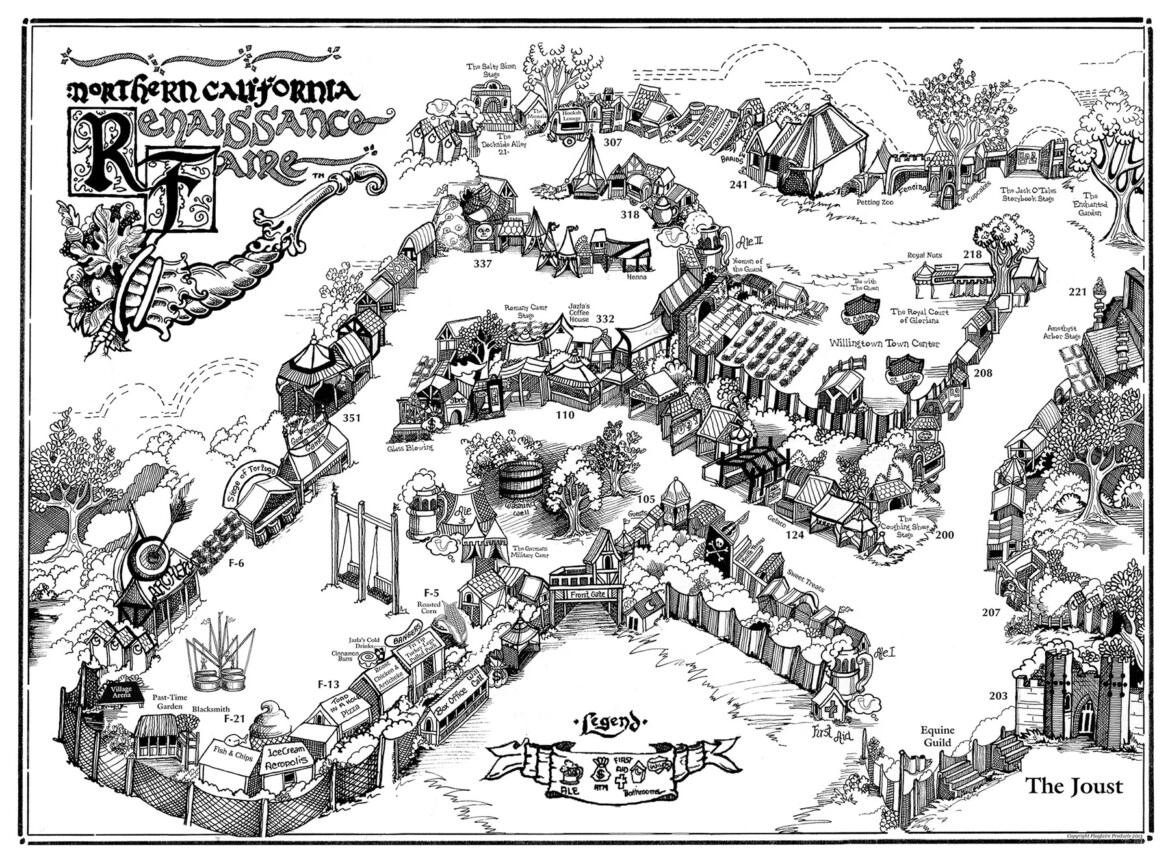 The event, held in a glen at Casa de Fruta, re-creates a village during the reign of Queen Elizabeth I of England. Attendees are encouraged to dress for the theme, but even if you’re not willing to lace up a corset or speak an older form of English, there should be more than enough to amuse you. Entertainment includes live music, jousting, dancing and refreshments.

Speaking of refreshments, “I don’t eat fire to impress the crowds. I just like the taste of the kerosene,” said Brian Howard, one of the entertainers at the Faire. The Los Angeles resident is not only a fire-eater, he’s also an improvisational comedian, adding a whole new dimension to the concept of multitasking.

The Faire shows also include an abridged version of “Twelfth Night,” one of the world’s first romantic comedies. Written by William Shakespeare, it’s replete with slapstick and various machinations by characters with names like Toby Belch and Andrew Aguecheek.

Pirates will be invading the event this coming weekend, according to organizers, though International Talk Like a Pirate Day already took place this past Monday. Guests are encouraged to dress as pirates, and there will be a pirate costume contest for kids 7 years old and under. Children 12 and under are admitted to the Faire free; adult admission is $35.

Jousting has long been one of the most popular activities at the Faire, with what organizers describe as full-contact jousts “to entertain the Queen.” In addition to watching others risk life and limb, there are lots of participatory activities, including axe-throwing, archery and knife-throwing.

While roaming the approximately 11 acres spanned by the glen, should one work up an appetite, there’s plenty of victuals including turkey legs, tri-tip sandwiches, and grilled artichokes.

This year’s Faire opened last weekend and continues through Oct. 23, Saturdays and Sundays from 10 a.m. to 6 p.m. Tickets must be purchased online at norcalrenfaire.com.