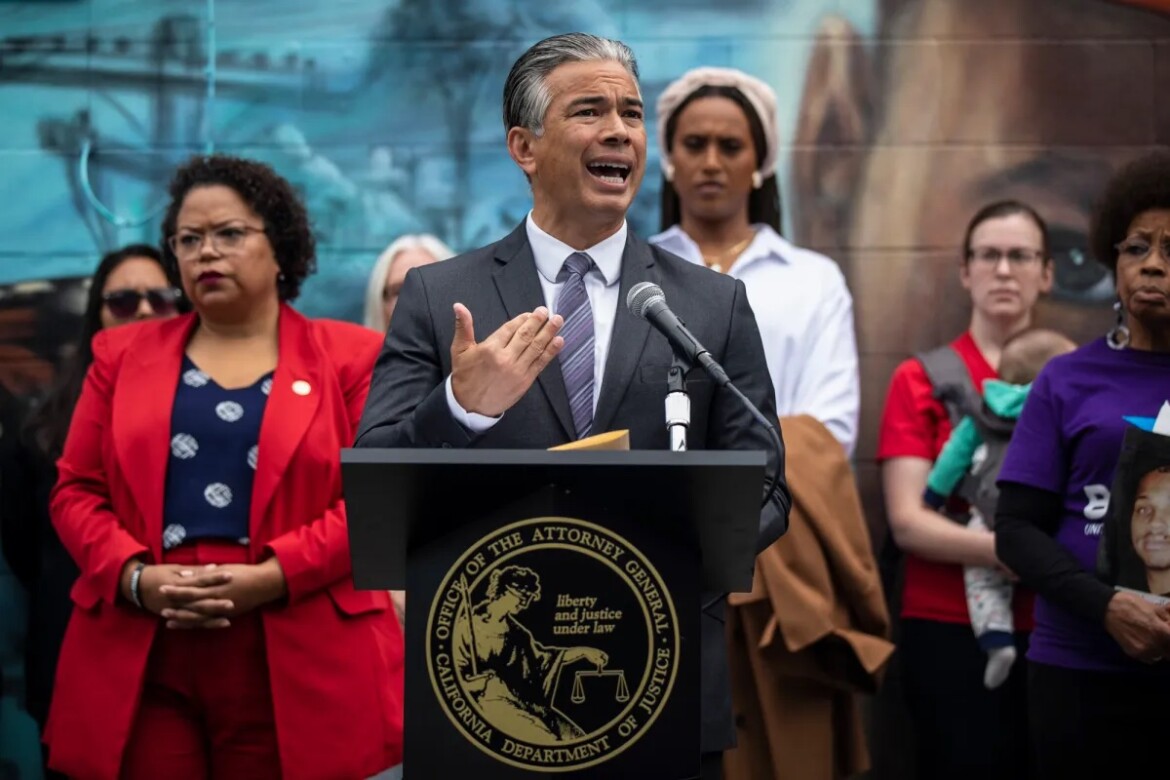 California Attorney General Rob Bonta announces the creation of the Office of Gun Violence Prevention within the California Department of Justice at a press event in San Francisco on Sept. 21, 2022. Photo by Martin do Nascimento, CalMatters

First up: Attorney General Rob Bonta was dealt a major blow Monday, when the U.S. Ninth Circuit Court of Appeals ruled 8-3 that California must exclude private immigration detention centers from its 2019 law phasing out private for-profit prisons. According to the court, that portion of the law, which Bonta authored as a state Assemblymember, illegally interferes with the federal government’s ability to enforce immigration policy.

The full court reached the same conclusion as a smaller panel of its judges did last year after Bonta’s office asked it to review the decision. Bonta’s office will now have to decide whether to appeal to the U.S. Supreme Court.

Next up: Insurance Commissioner Ricardo Lara is under fire from major insurers who say that his refusal to grant car insurance rate increases since the onset of the COVID pandemic is threatening a market crisis, the Associated Press reports. Lara in April 2020 directed auto insurers to partially refund premiums as many Californians stopped driving to comply with strict stay-at-home orders. He later extended that order multiple times, helping California drivers save $2.4 billion as of November 2021. But even as Lara accused insurers of continuing to overcharge motorists, 38 rate increase filings piled up on his desk.

Last but not least, Superintendent of Public Instruction Tony Thurmond is facing intense criticism for his office’s decision to delay releasing until “later this year” — and possibly until after the election — results from last year’s state assessments on English language arts, math and science, EdSource reports. The postponement has alarmed youth advocates and education officials such as Los Angeles Unified Superintendent Alberto Carvalho, who said it could impede “immediate action to meet the needs of our most vulnerable, at-risk student populations.”

Republican Assemblymember Kevin Kiley of Rocklin slammed the delay in a Monday letter to Thurmond as “another example of our elected officials putting politics over the health, education and welfare of California students.” Kiley has endorsed Thurmond’s opponent, GOP education policy executive Lance Christensen, who in a Monday interview with CalMatters called for the scores to be released as soon as possible and vowed to make such information more easily available to parents.