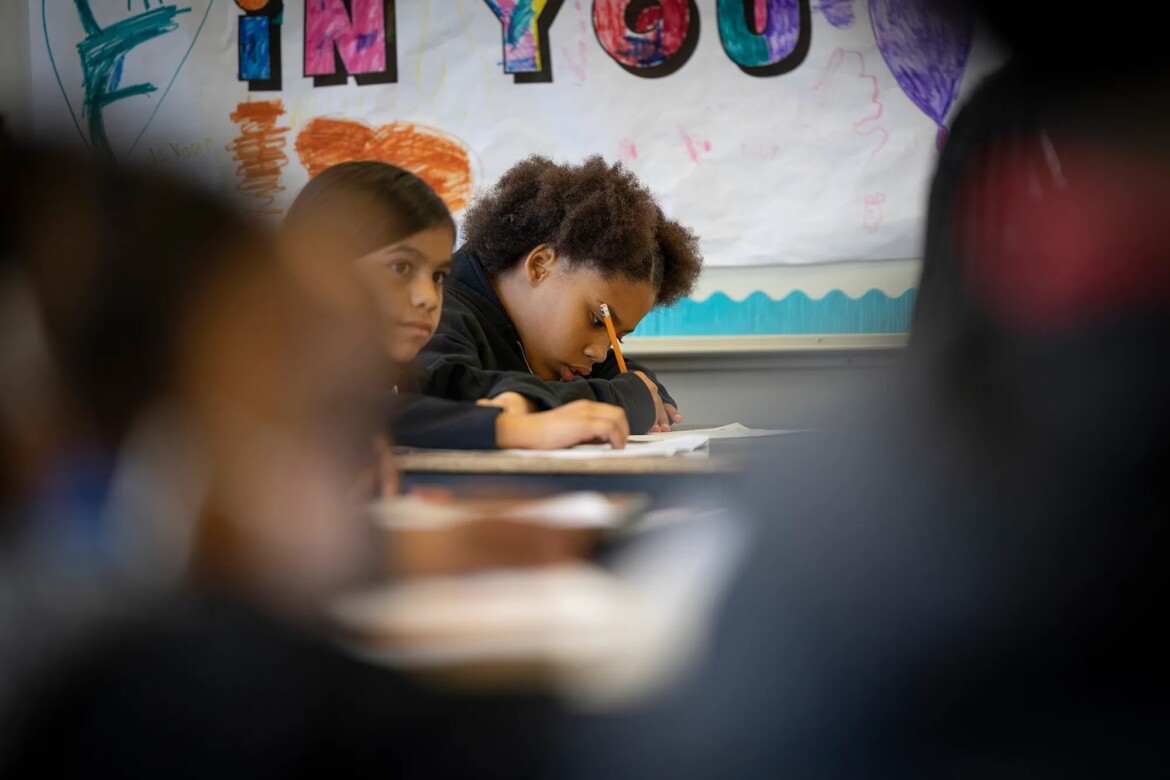 The data management system for California’s K-12 schools has been on the fritz for months after it was updated in April then rolled out with minimal testing, potentially jeopardizing school district funding.

The California Longitudinal Pupil Achievement Data System, or CALPADS, stores information for the state’s 6 million public school students. It’s how the state knows how many students have learning disabilities, are experiencing homelessness or qualify as English learners. The California Department of Education uses this demographic data to calculate how much funding will go to the state’s more than 1,000 school districts. Districts with more high-needs students get more money based on that data.

While one department official said nearly all the state’s schools will still get their full funding, the recent malfunctions have alarmed some district officials.

Earlier this year, the state’s new software update generated reams of inaccurate data about students with disabilities, disrupting standardized testing. Leading up to the new school year, districts that usually might have a few dozen initial errors were seeing thousands when their data specialists uploaded student data into the statewide system. The errors included wrong enrollment numbers, duplicate student information and missing information about accommodations for students with disabilities. Administrators feared they would lose funding due to these inaccuracies.

“Some districts felt at the time they were going to lose funding because of no fault of their own,”said Jeremy Davis, the assistant superintendent of innovation & instructional support at the Fullerton School District. “And it wasn’t being clarified by the CDE.”

Michael Fine is the chief executive officer of the Fiscal Crisis and Management Assistance Team, or FCMAT, a state agency that helps maintain the statewide data system. He said the rollout of the upgrade was “less than satisfactory and did not follow the expectations of the field or FCMAT.”

“Simply put, my opinion is that long-standing protocols and best practices around system revisions and implementation were not followed with fidelity,” Fine wrote in an email to CalMatters. He added that the education department chose to “streamline these processes” and take a “minimalist” approach to testing, which may have further complicated the rollout of an already complex system.

Fine added that not only did the upgraded data system launch with minimal testing, the department could have provided “greater transparency and more information”   to districts.

The system upgrade, which both Fine and Davis said was much needed, compromised standardized testing at schools across the state.

For the last several months, Davis said data specialists at California’s school districts have been frustrated by the bugs in the system. At the Fullerton School District, he said his data team members were seeing up to 10,000 errors when they uploaded information, where they would only see about a dozen in previous years. Davis said some districts had hundreds of thousands of errors before the department of education started addressing the issues.

“We just really want to make sure CALPADS is shored up,” said Davis, who is also the president of California IT In Education, a nonprofit professional organization for technology workers in education.

“We want CALPADS to have tons of funding. We want to lobby for them.”

Malia Vella, a deputy superintendent at the California Department of Education, said about 98% of districts should be able to get all their data certified and secure their funding by the Sept. 16 deadline. Vella said the department is working with districts to address the errors and that California allows districts more time than other states to submit their data.

While Davis said he can’t comment on the accuracy of the state’s prediction, his own team of three data specialists at Fullerton school district  will be able to meet the Sept. 16 deadline for districts to submit their data to the state. But he said even though his team and those at other districts are submitting correct data, the statewide system is still experiencing errors like miscounting the number of students with disabilities, which could have repercussions for standardized testing.

“If students didn’t get tested because of the glitches in the system… That’s a piece of data that helps us inform our instruction,” Davis said. “If less kids are tested, there’s a concern there.”

The stakes for reliable data are higher than ever. The state needs to have a clear picture of student enrollment and achievement so it can allocate the necessary resources to help them recover academically, socially and emotionally from the pandemic’s impact.

The information in the statewide system is the basis of accountability platforms like the California School Dashboard, which shows the public everything from enrollment figures to suspension rates at every school in the state.  The problems with the data system started in April when the education department updated its software.

In May, the California School Boards Association and the Association of California School Administrators wrote an open letter to State Superintendent of Public Instruction Tony Thurmond detailing several issues with the data system. Among them, students with disabilities were not getting the accommodations they needed during standardized testing.

For the past several months, the education department has been fixing the errors. As of this week, there are still nearly 100 known issues with the data system. According to California Department of Education spokesperson Maria Clayton, the deadline for school districts to upload their student data was previously Sept. 9, but  the department extended it due to school closures caused by “extreme heat and wildfires.”

Clayton said the department has seven developer positions to run the statewide system,  but these are part-time employees that equate to about three full-time staff. There are currently three additional open positions, two of which have been open since November 2021.

“In my perception, the CALPADS team needs enough resources to make sure the system works really well,” Davis said.

Davis said his data team is struggling with data errors while trying to manage other start-of-the-year responsibilities like adjusting student schedules, making sure all students are in the right classes and getting administrators the information they need for a smooth school year.

“Do we need to hire more teachers? Do we need to change classes?” Davis said. “The first weeks of school, you don’t want to be doing CALPADS.”