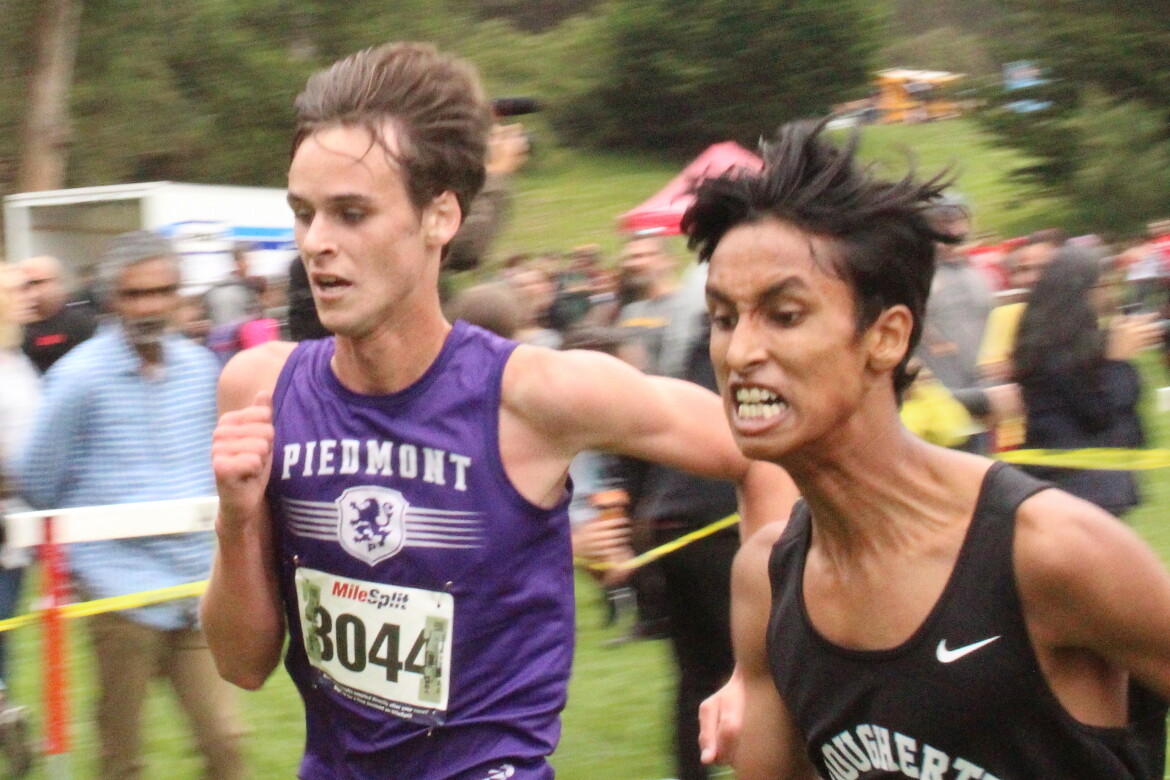 Piedmont High School cross country coach Jeanine Holmlund wanted to get a real measure of how her boys team would do against bigger schools. So she specifically requested that her team be entered in the stronger of the two boys varsity races at the Lowell Invitational on September 10.

The results were clear: The Highlanders belonged. Piedmont finished eighth in the team scoring on the 2.9-mile course in Golden Gate Park on a cool, foggy afternoon. Longtime area power Granada-Livermore won the team title handily with 66 points. But Piedmont’s 255 points were just one behind another Bay Area power: Bellarmine-San Jose.

“I’m excited,” Holmlund said. “Some kids have had trouble getting the race on. They’re great training, but struggle to really push themselves in a race. I saw some of that happening today, it’s clicking in.”

“It was a good race,” Schulte-Sasse. “It was tough mentally to get into it because every single time you started getting into it, there was a part that was uphill or a stretch where you could see it going on and on in front of you.”

Schulte-Sasse said his biggest regret was getting outkicked for 20th place by Granada’s Jake Walton (14:06.0). The top 20 finishers received medals.

“That was unfortunate,” Schulte-Sasse said. “I am happy with the time. For the start of the season and not fully being mentally into it, I feel that was really good and I’m excited to see what happens.”

“They thought it was a tough race,” Holmlund said. “We’ve been training pretty hard. We’ll see how it all comes together for them.”

Piedmont next faces its WACC league opponents on September 21 at 6 pm.