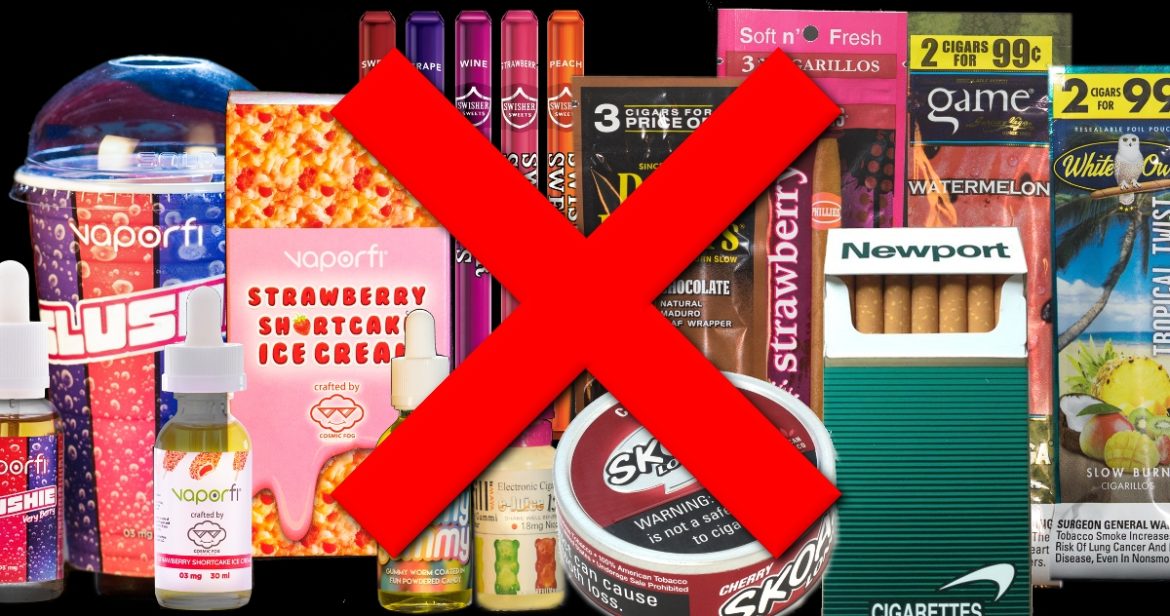 The City Council voted on Tuesday to ban the sale within Piedmont city limits of flavored tobacco, widely considered to be a primary introduction of tobacco to young people.

The council also asked city staff to look at possible further measures to restrict tobacco sales within Piedmont, including banning sales of electronic tobacco systems (e-cigarettes) and other possible measures. Vice Mayor Jen Cavenaugh said she ultimately favors an ordinance “as comprehensive and restrictive as is reasonable.”

The flavored tobacco ordinance, which will have a second reading at the council’s Sept. 19 meeting, was approved by a 4-0 vote, as Mayor Teddy Gray King was absent from Tuesday’s meeting.

Piedmont has only one retailer that sells tobacco products of any kind, Bowers said, but this ordinance would apply to any prospective future retailers, as well. (The Piedmont Service Station on Highland Ave. advertises on its website that it sells cigarettes and tobacco products. Given the site’s proximity to local schools, in 2019 the Piedmont Police Department’s juvenile officer spoke with the station’s new management about not selling these products to minors.)

Vaping, Bowers said, has been spreading among Piedmont high-school-age students much as it has in many communities nationwide. Responses to a 2019-2020 California Healthy Kids Survey show 13% of ninth-grade Piedmont students, 16% of 10th graders, 24% of 11th graders and 34% of 12th grade Piedmont students reported they had used vape products at least four times. “We have an issue,” Bowers told the council. He also said it is likely Piedmont young people get their vaping accessories via the internet.

The council had abundant encouragement in approving this ordinance. Piedmont School Board members Cory Smegal and Megan Pillsbury both praised it, as did both Amaya Wending and Brian Davis of the Alameda County Tobacco Control Coalition. The latter two both suggested Piedmont also consider setting minimum prices — perhaps $8, as has been adopted in some other cities — for tobacco products including “cigarillos,” small cigars that are popular among young people in part because they are often inexpensive.

Though many cities have moved ahead with bans, Prop 31 — a statewide ban of flavored tobacco products — is on the November election ballot. If Prop 31 passes, Bowers said, the tougher elements of that would supersede the city ordinance, but he said the city’s ordinance and rules called for in Prop 31 are very similar.

There was also discussion Tuesday night of a possible licensing system for any tobacco sellers in Piedmont, a measure some other cities have adopted. But Councilwoman Betsy Smegal Andersen said that, with one tobacco retailer, “a licensing program (in Piedmont) would be a layer of bureaucracy that is premature.”