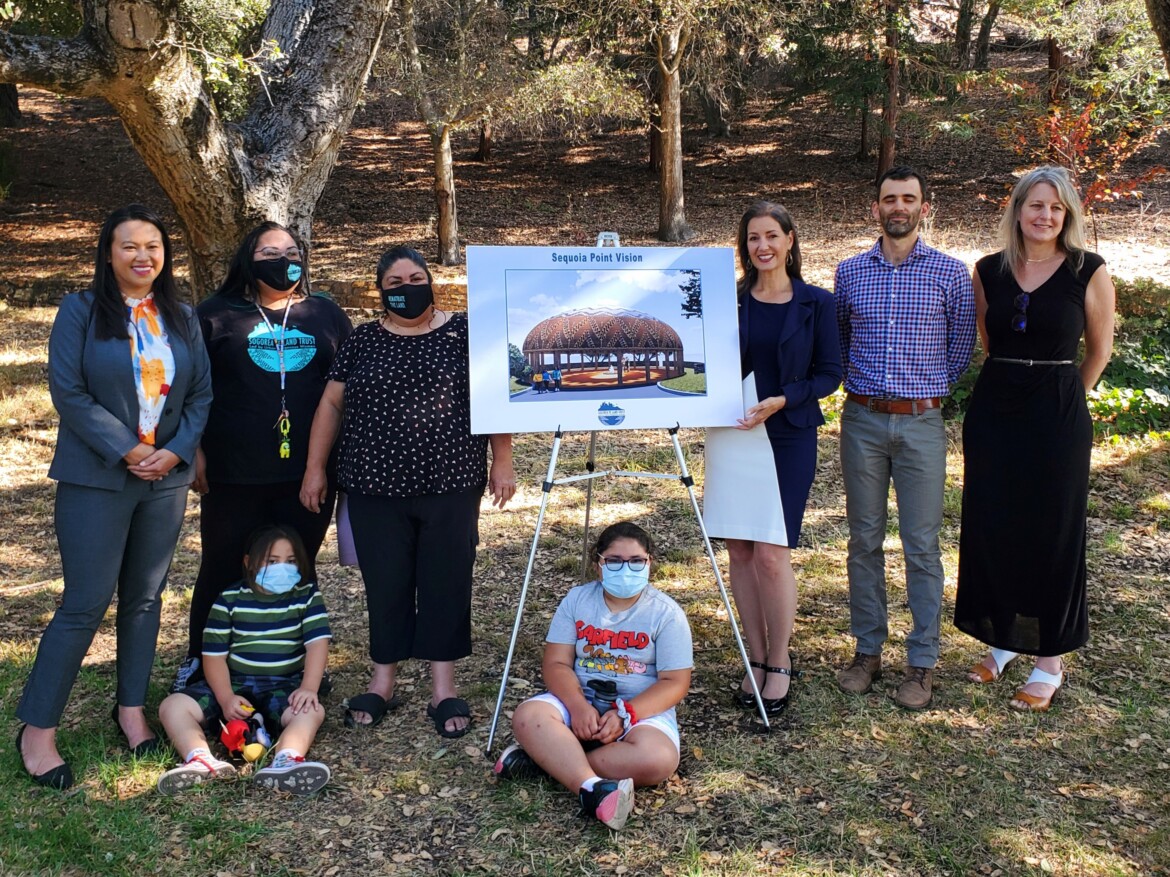 The City of Oakland and Sogorea Te' Land Trust announced plans Thursday to return about five acres of land at Sequoia Point to Indigenous stewardship. (City of Oakland via Bay City News)

Oakland officials announced this week plans to return about 5 acres of land owned by the city to Indigenous stewardship.

The Oakland City Council will hold hearings discussing the return of the land, known as Sequoia Point, to Sogorea Te’ Land Trust, the first urban Indigenous women-led land trust in the country, and the East Bay Ohlone tribe Confederated Villages of Lisjan Nation. Sequoia Point is located between Skyline Boulevard and the Big Trees Trail in Joaquin Miller Park.

The project will be reviewed by Oakland’s Parks and Recreation Advisory Commission next Wednesday. Local stakeholders, like the advocacy group Friends of Joaquin Miller Park, will also consider the plan. The City Council is expected to consider the easement, which must be reviewed and approved, in November.

The plan began with a conversation between Oakland Mayor Libby Schaaf and tribal chairperson Corrina Gould in 2018, before growing into a partnership between Oakland and the land trust to recognize and address historic harms of the city’s founding, according to the mayor’s office.

“Chochenyo-speaking Ohlone people have inhabited Oakland and parts of the East Bay for thousands of years,” the city said in a news release Thursday. “They were forcibly removed from their land with the arrival of Europeans and descendants of Europeans beginning in the 18th Century.”

The easement would allow the land trust to collect native plants and foods, tend to and clean up the land and restore the natural habitat. Long-term plans for Sequoia Point include building a ceremonial gathering place and structure where Indigenous people and their guests can come together and share cultural celebrations.

“I am committed to returning land to Indigenous stewardship, to offer some redress for past injustices to Native people,” Schaaf said. “I hope the work we are doing in Oakland with the Sogorea Te’ Land Trust can serve as a model for other cities working to return Indigenous land to the Indigenous community we stole it from.”

Gould, who is also co-founder of Sogorea Te’ Land Trust, is working to return land across the Bay Area to Indigenous hands through means like conservation easements. “This agreement will restore our access to this important area, allowing a return of our sacred relationship with our ancestral lands in the hills,” Gould said. “The easement allows us to begin to heal the land and heal the scars that have been created by colonization for the next generations.”

The Sogorea Te’ Land Trust and the city of Oakland will host a meeting about the project to receive community feedback on Tuesday at 5:30 p.m. The meeting will be hosted by the office of City Councilmember Sheng Thao, who represents District 4 where Sequoia Point is located.

Thao celebrated the plans to return the land to the Indigenous nonprofit.

“I am thrilled that the city is returning land to the Indigenous community and am very grateful to welcome this project right here in District 4,” Thao said. “I am very excited to share the details of this project with the community, revitalize one of the most beautiful parts of Joaquin Miller Park, and begin to make amends for the pain and trauma our indigenous communities have faced.”