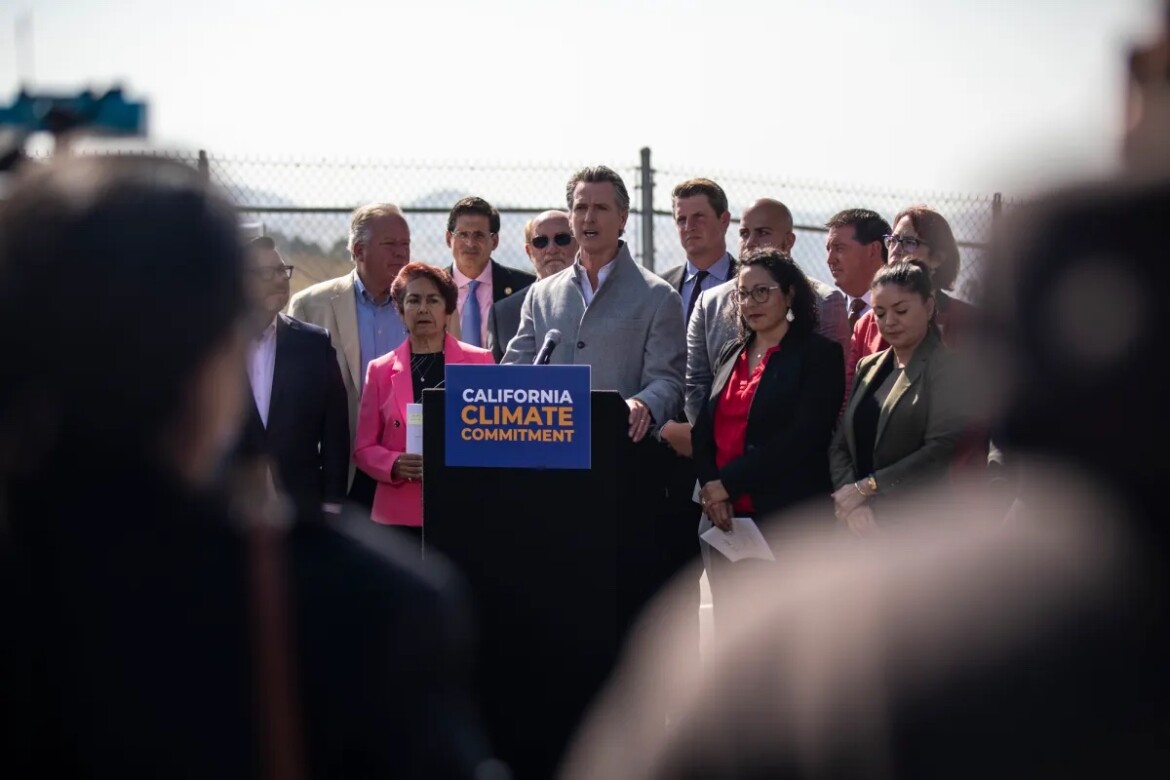 California Gov. Gavin Newsom signs a number of climate-related bills surrounded by state legislators at a press conference at the USDA Forest Service Regional Office on Mare Island in Vallejo on Sept. 16, 2022. Photo by Martin do Nascimento, CalMatters

Bills to boost health insurance subsidies, exempt manufacturers from certain sales taxes, help more kids get mental health care through their schools and let some California students ride public transit for free all fell before the governor’s nearly identically worded appeals to fiscal rectitude. Of the 27 bills that Newsom has rejected since the end of the legislative session, 18 (exactly two-thirds) used some version of that now familiar line.

The governor, lucky him, has never had to lead the state during a long-term economic downturn. But with the income tax revenue coming in 11% below expectations so far this year, it appears that Newsom is starting to channel his inner Jerry Brown.

Veto messages shouldn’t always be taken at face value. A governor rarely gets punished politically for playing the responsible adult in the room, and so this new much-used phrase could simply be politically convenient boilerplate — a way for the governor to kill a bill he doesn’t like without having to say exactly why.

But veteran Capitol lobbyist Chris Micheli, who noted the recurring veto message, said he believes it could represent a meaningful shift in the administration’s economic outlook.

H.D. Palmer, a spokesperson for Newsom’s Department of Finance, said in an email that the governor has been telegraphing his budgetary concerns for months, pointing to the administration’s record-setting spending plan that dedicated nearly all of its surplus to one-off expenditures.

That could also help at least partially explain why Newsom, otherwise a big fan of electrical vehicles, has taken such a public stance against Proposition 30 — a ballot measure that would increase funding for EV infrastructure by increasing income tax rates on millionaires.

One argument against the measure: About half of California’s income tax revenue comes from the top 1% of earners and that money tends to whipsaw around with every boom and bust of the stock market. If a recession is on the horizon, the argument goes, making the state even more dependent on a volatile revenue source could be a bad bet.

Or, as the governor might put it, “it is important to remain disciplined.”