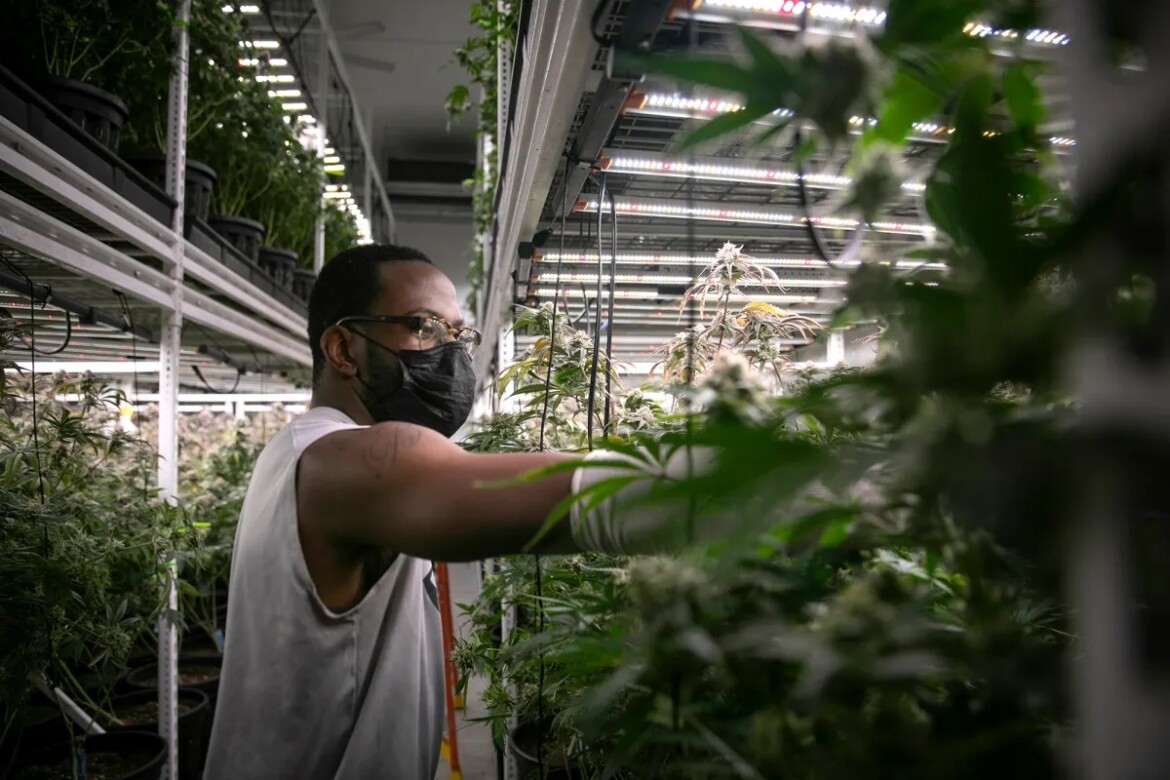 A grower tends to cannabis plants at the Pure Beauty growing site in Sacramento on Jan. 26, 2022. Miguel Gutierrez Jr., CalMatters

Gov. Gavin Newsom has signed several measures that he says will strengthen the state’s cannabis laws, expand the legal cannabis market, and “redress the harms of cannabis prohibition.”

Newsom on Sunday signed 10 cannabis-related bills, including Senate Bill 1326, which creates a process for California to enter into agreements with other states to allow cannabis transactions with entities outside of California. He also signed Senate Bill 1186, put forth by Senator Scott Wiener (D-San Francisco), which preempts local bans on medicinal cannabis delivery in an effort to expand patients’ access to legal, regulated cannabis products.

Oakland Assemblymember Mia Bonta (D) put forth Assembly Bill 1706, which Newsom signed, which seals old cannabis-related convictions for Californians. Newsom also signed Assembly Bill 2188 by Bill Quirk (D-Hayward), which protects Californians from employment discrimination based on their use of cannabis off-the-clock and away from the workplace.

“For too many Californians, the promise of cannabis legalization remains out of reach,” Newsom said. “These measures build on the important strides our state has made toward this goal, but much work remains to build an equitable, safe and sustainable legal cannabis industry. I look forward to partnering with the Legislature and policymakers to fully realize cannabis legalization in communities across California.”

Newsom also announced that he has directed the California Department of Public Health to convene experts to survey current scientific research and policy mechanisms to address the growing emergence of high-potency cannabis and hemp products. He also directed the Department of Cannabis Control to examine potency and its related health impacts.