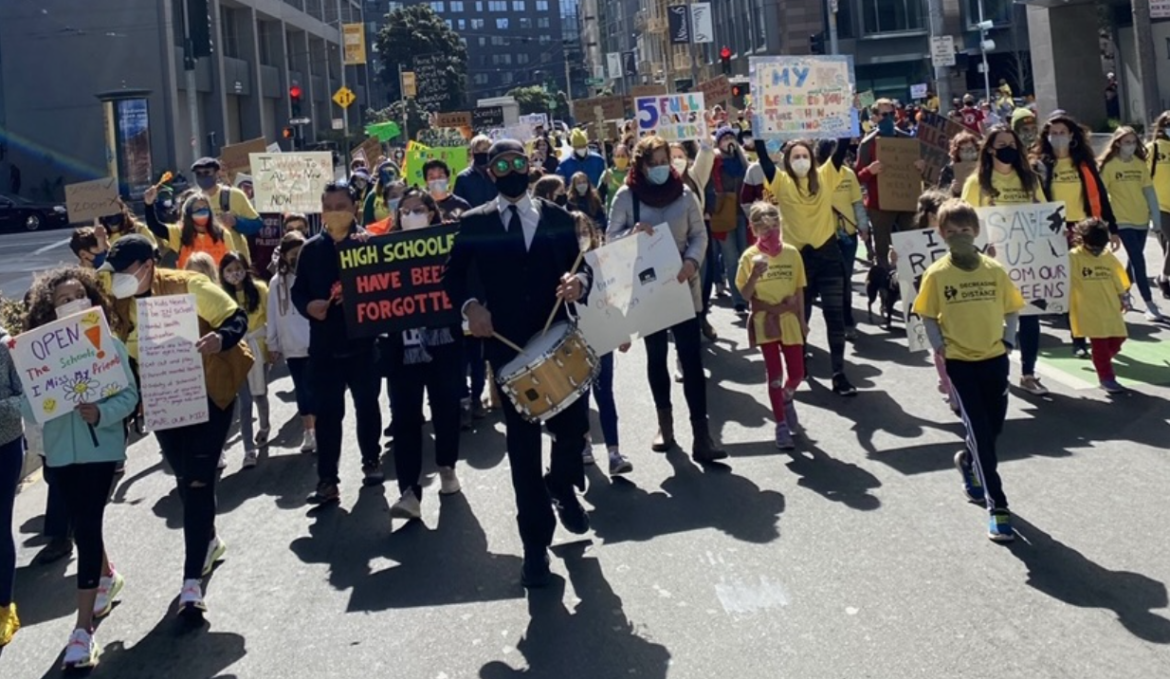 San Francisco Unified parents and students march in a rally calling for the district to reopen schools during the Covid pandemic. COURTESY: SF PARENT COALITION

Gov. Gavin Newsom signed a pair of bills today that change the way elected officials in California, including school board members, can be recalled.

Assembly Bill 2584 and Senate Bill 1061 make several revisions to the Election Code, including increasing the number of signatures required to initiate a recall from 10 to a minimum of 30 in jurisdictions with fewer than 100,000 registered voters, and a minimum of 50 in areas with more voters.

The bills also require that information on recall petitions undergo the same review as candidate’s statements and that each page of the petition include the estimated cost of the special election. Recall elections must also be consolidated with regular elections if the recall qualifies for the ballot within 180 days of a regular election.

“It is far too easy to initiate a recall in California, wasting taxpayer dollars and distracting local elected officials from being able to serve their communities” said Assemblyman Marc Berman, author of AB2584. “While recalls can be an important tool to hold elected officials accountable, AB 2584 will ensure that the process to initiate a recall is rigorous enough to demonstrate that it is a serious effort, rather than weaponizing the recall process for the sole purpose of impeding government from working. In addition, this bill will make sure that voters are provided accurate and truthful information, and that we don’t waste limited public resources.”

Last year the state saw a record number of recall efforts, including 22 targeting school board members.

State lawmakers decided to review the state’s recall process after a recall election last year raised questions about whether there were enough checks and balances in place to ensure it was democratic and fair, according to a press release from Berman’s office.