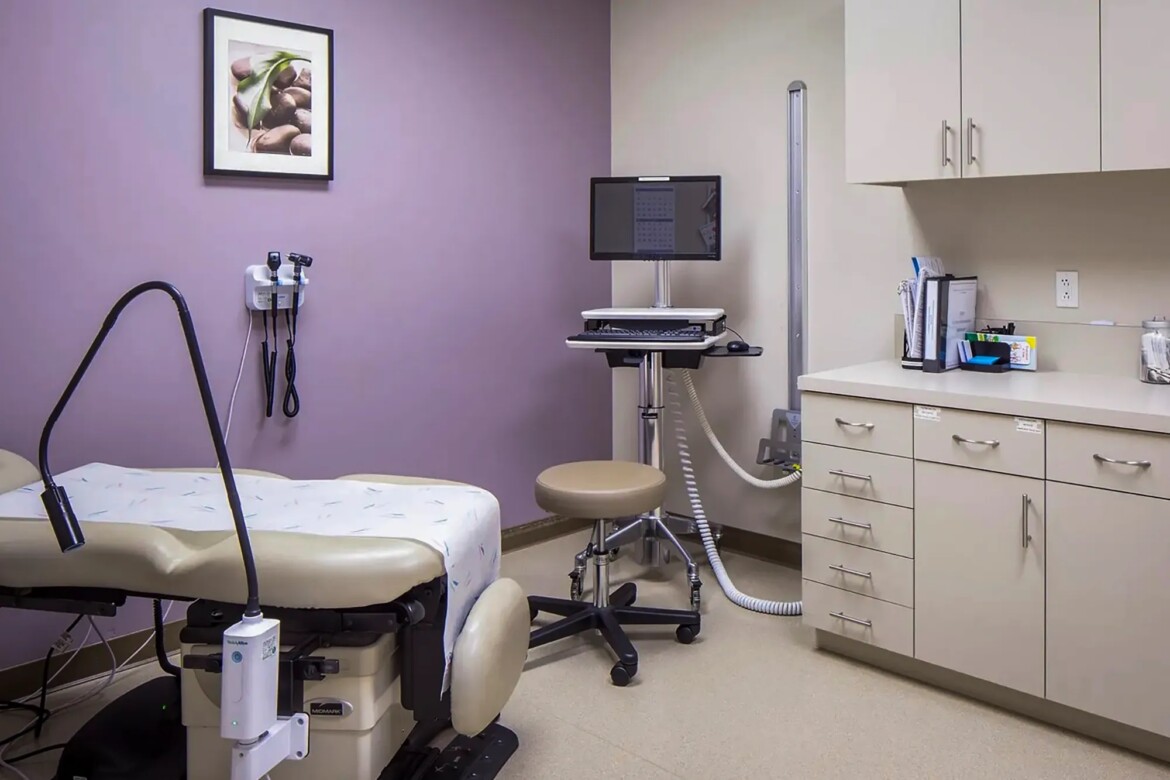 California Gov. Gavin Newsom signed a package of 12 bills Tuesday, establishing some of the strongest abortion protections in the nation — a direct reaction to the U.S. Supreme Court’s decision to overturn federal abortion guarantees earlier this year.

Collectively, the new laws aim to improve access and protect patients and clinicians by strengthening privacy safeguards, ensuring providers and patients cannot be sued or prosecuted and funding procedures and travel costs for low-income individuals. They also seek to shore up the state’s network of abortion clinics as more patients from states where abortion is now severely limited or banned seek procedures in California.

“An alarming number of states continue to outlaw abortion and criminalize women, and it’s more important than ever to fight like hell for those who need these essential services,” Newsom said. “Our Legislature has been on the frontlines of this fight, and no other legislative body in the country is doing more to protect these fundamental rights — I’m proud to stand with them again and sign these critical bills into law.”

Newsom first announced the signing privately to stakeholders, and Jodi Hicks, CEO of Planned Parenthood Affiliates of California, said many in the virtual room got emotional.

“It’s been a long year of a lot of hard work,” Hicks said. “You could see a lot of emotion and pride.”

“It is certainly by design that we are leading in this effort and backing up our values,” Hicks said.

“It is certainly by design that we are leading in this effort and backing up our values.”

Without the council’s work throughout the legislative session, lawmakers would not have been able to respond so quickly to the Supreme Court’s ruling, Hicks said. Many of the bills included amendments reacting to bans and restrictions announced in other states.

“My entire generation has lived with Roe v. Wade being the law of the land, so it’s not like we had a map on how to navigate a system without those protections,” Hicks said.
“It really took everyone coming together to design this collection of bills to become a reproductive freedom state and beacon of hope.”

This week, an Arizona judge reinstated a near total abortion ban dating to 1864, and Southern California abortion clinics are already preparing for an influx of patients.

Newsom vetoed one bill in the package last week, citing “lower-than-expected revenues” and the need for fiscal responsibility. That bill would have required the state to fund reproductive health pilot programs in five counties.

Although fiercely opposed by a minority of religious groups and conservatives, the measures sailed through the Democratic supermajorities in both houses of the Legislature.

Voters will decide in November whether to add a state constitutional amendment protecting the right to obtain an abortion.

Newsom has made abortion a central part of his re-election campaign, drawing on California’s reputation as a reproductive health “safe haven” in his frequent attacks on other states’ politics. Likewise, many Democrats battling for a seat have hopped on abortion as the defining issue of the upcoming state and midterm elections. In June, Newsom approved a budget investing more than $200 million in reproductive health services. He also spent $100,000 in campaign money on billboards in conservative states promoting California as an abortion sanctuary.

The most contentious pieces of legislation were AB 2223, by Democratic Assemblymember Buffy Wicks of Oakland, and SB 1142, by Democratic senators Anna Caballero of Merced and Nancy Skinner of Berkeley.

In a statement following the measure’s signing, Wicks said Californians will no longer have to fear having their “pregnancy policed by state systems.”

Caballero and Skinner’s measure introduced the $20-million Abortion Practical Support Fund to help women pay for travel, lodging and other expenses that advocates say create access barriers. Although the money was secured in the state budget, Newsom restricted its use to California residents, a move abortion advocates rallied hard to overturn in the final days of the legislative session. Last-minute amendments to the health omnibus budget bill allow out-of-state residents to receive grants from the fund.

The website has had immediate impact, Hicks said, adding that colleagues in other states have shared how difficult it is for people seeking abortion to find information.

“The website, I tear up every time I look through it. For a patient that doesn’t know where to go or what to do the impact is immediate and huge,” Hicks said.

Other measures in the package allow nurse practitioners to perform some abortion procedures without the supervision of a doctor; provide loans and scholarships for clinicians-in-training who commit to providing reproductive health care in underserved areas; and prohibit law enforcement, medical providers and California-based tech companies from cooperating with law enforcement in states where abortion is criminalized.

Senate President Pro Tem Toni Atkins said in a statement that the package will ensure anyone who comes to California will “receive the essential health care they need.”

“My colleagues and I saw the imminent danger headed for national abortion access more than a year ago and have spent every day since working to not only protect reproductive rights, but expand them,” Atkins said.

Although California does not collect comprehensive abortion data, an estimated 154,000 abortions were performed in 2020, according to the Guttmacher Institute, a national reproductive rights think tank that periodically surveys abortion providers.

Guttmacher estimates that California has become the nearest abortion provider for 1.3 million women of reproductive age as other states institute bans. More conservative estimates suggest between 8,000 and 16,100 more women will flock to California for abortions, according to UCLA’s Center on Law, Reproductive Health, and Policy.