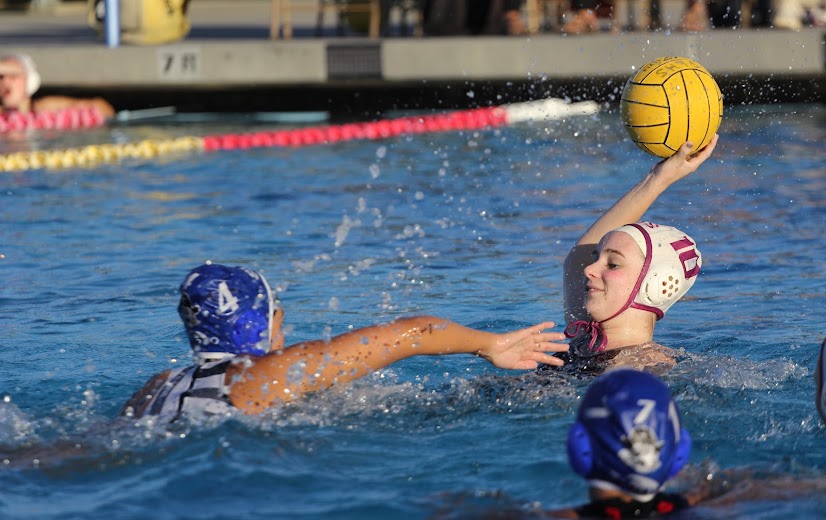 The Highlanders came up short in their match against Castro Valley at Chabot College on Sept. 27, falling 9-7.

Rosie Feldman and Kat Melian each scored three goals to lead the Highlanders.

Corrine Arkawa broke a 7-7 tie when she scored with three minutes, 31 seconds left in the match for the Trojans. Natalia Perez scored an insurance goal with 1:23 remaining.

Feldman scored after being fouled with 5:18 to go to tie the score at 7-7.

In the second quarter, Feldman scored on a lob over the goalkeeper with 5:28 on the clock. Castro Valley fought back with goals from Isabelle Nicole and Perez to cut the deficit to 3-2 at halftime.

The Highlanders extended the lead early in the third quarter. Melian scored on another long shot with 5:06 to go in the quarter. Odessa Dando then scored on a breakaway with 4:38 left.

The Trojans then rallied, scoring the next four goals. Three of them came courtesy of Stella Chang. Nina Henry scored the other. Feldman scored to tie the match at 6-6, but then Chang scored again to put Castro Valley up 7-6 at the end of three.

On Sept. 21, Piedmont fell at Berkeley, 9-4. The Yellowjackets came out firing, scoring the first seven goals of the match to lead 7-0 at halftime. Melian finally got the Highlanders on the board, scoring with 5:31 left in the third quarter. Feldman and Sonja ten Grotenhuis scored in the final minute to cut the lead to 7-3 at the end of three. Ten Grotenhuis made a nice play one-on-one against the goalkeeper to score with one second left in the period.

Berkeley headed off the comeback with a couple of insurance goals in the fourth quarter. Feldman closed out the scoring with a goal with 1:25 remaining in the game.

Brianna Smyth had four goals for the Yellowjackets, while Naima Dalton-Robinson added two.

The Highlanders play in the Encinal tournament over the Sept. 30-Oct. 1 weekend. They will then face Lick-Wilmerding-San Francisco on Oct. 4.