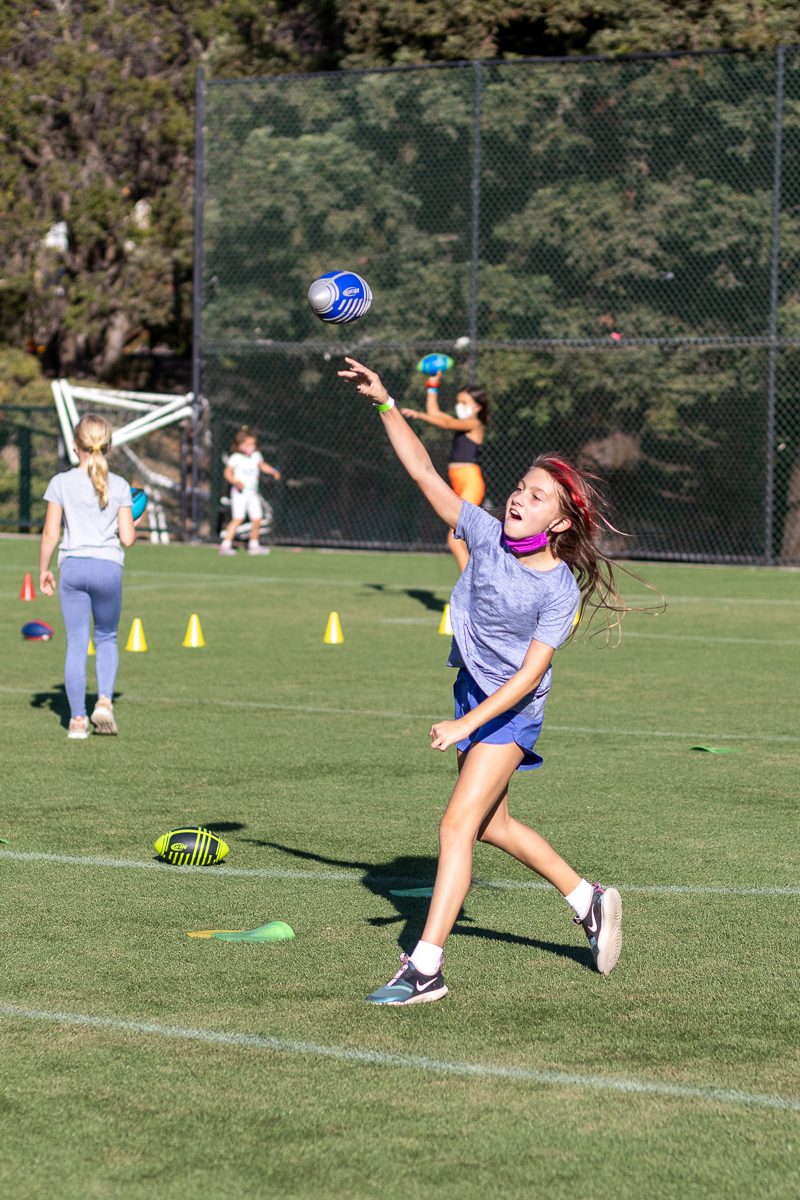 Girls from 5-13 learn flag football techniques at a PRD program.

(Update from KABC news: “The southern section of the California Interscholastic Federation voted Thursday to make flag football an official girls’ high school sport. The approval, at a CIF meeting in Long Beach, was passed by a vote of 61 in favor and 26 against, with two abstentions. Following the approval, the state federation – which governs interscholastic sports in California – is expected to take it up next month with a goal of making it an official sport in the nation’s most populous state for the 2023-24 school year.”)

Flag football already is a sanctioned high school girls’ sport in states including Alabama and Nevada. And it was added as a collegiate sport by the National Association of Intercollegiate Athletics, with colleges in Florida, Georgia, Kansas, and elsewhere fielding teams.

Elsa Morin ,17, a senior at Redondo Union High School in Los Angeles County told the A.P. that “something about football just gets me really excited. I’ve always just wanted to play.”