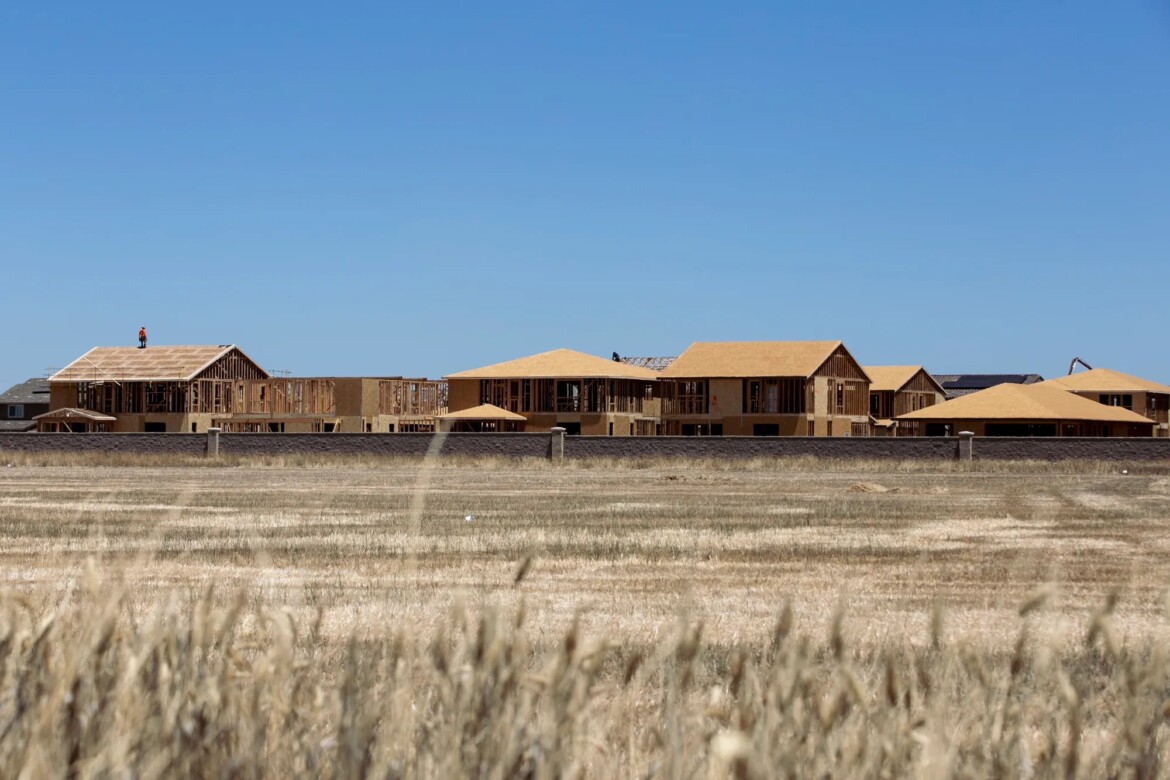 The changes to California’s proposed climate change scoping plan also include fast-tracking projects by 2030 to remove carbon dioxide from the atmosphere and from the smokestacks of polluting industries. No such projects exist in California and the practices are controversial.

Unveiled in May, California’s draft scoping plan outlines an expansive list of strategies to combat climate change and fulfill a state mandate to achieve carbon neutrality by 2045. The plan includes a bold commitment to eliminate 91% of fossil fuels. The strategies would cost an estimated $18 billion in 2035 and $27 billion in 2045.

Air board officials have delayed taking action on the plan until the end of the year, instead of later this month as scheduled. They now expect to hold a second public hearing and vote in mid-December.

A major strategy is to reduce greenhouse gases by accelerating California’s transition to renewable energy. Newsom directed the air board to include a provision that avoids the need for 10 gigawatts of new natural gas production by ramping up construction of offshore wind projects.

The goal is to scale up renewables yet stabilize the electric grid’s reliability. During this week’s prolonged heatwave, California has teetered on the edge of rolling blackouts triggered by demand for electricity surpassing supply.

The air board’s move to strengthen the scoping plan builds off Newsom’s call for more stringent climate measures that he pushed the Legislature to pass before the session ended last week. The governor’s push for more action to address climate change comes as the state faces more extreme heat, drought and wildfires.

“Time and time again, California has shown the world that climate action and economic growth can work hand in hand,” Newsom said in a July 22 letter to Air Resources Board Chair Liane Randolph. “We now need to take even bolder action than outlined in the draft plan. The plan will be an incredibly ambitious and actionable blueprint for climate action in our state.”

In an Aug. 29 letter to Newsom, Randolph said the air board is “fully committed” to taking the necessary steps to reduce emissions as quickly as possible.

“Achieving carbon neutrality is California’s most ambitious climate goal ever,” she said. ”It requires slashing our greenhouse gas emissions and an unprecedented deployment of low-carbon technology and energy.”

Shifting away from fossil fuels is central to the state’s goal of achieving carbon neutrality. But supplementing that power source with renewables continues to face challenges.

Electricity use is expected to soar as much as 68% by 2045 California under the state’s proposed plan. That means backup dispatchable power is needed to account for energy losses when wind and solar can’t produce enough electricity.

Without major improvements and investments in clean energy, air board officials previously said California would have to keep relying on natural gas. But the air board scrapped a provision in the scoping plan that would allow for the construction of an additional 10 gigawatts of natural gas capacity to support the power grid. Instead, the governor directed air board staff to include a goal of at least 20 gigawatts of offshore wind by 2045.

Currently no offshore wind projects exist off California’s coast. But plans for future projects are under development. The California Energy Commission, the state’s primary energy agency, released a report in August setting goals to provide between 2,000 to 5,000 megawatts of offshore wind by 2030 and 25,000 megawatts by 2045 – enough electricity to power at least 3.75 million homes in 2030 and 25 million homes by 2045.

The scoping plan’s changes also include a goal of 3 million climate-friendly homes by 2030 and 7 million by 2035.

Climate-friendly homes use more energy-efficient systems, such as replacing gas appliances with electric ones and adding solar rooftop panels. The plan requires half of those investments to be installed in low-income and disadvantaged communities.

The plan also includes a goal of 6 million heat pumps in homes by 2030. A heat pump converts thermal energy from outside, “making the cool space cooler and the warm space warmer,” according to the U.S. Department of Energy. They are a more efficient alternative to furnaces and air conditioners.

The updated scoping plan also prioritizes the need to reduce emissions from cars, airplanes and other modes of transportation. Transportation in California is the largest contributor to the state’s greenhouse gases, accounting for about 50% of all emissions.

Cutting smog-forming pollutants and greenhouse gases from vehicles is a primary goal that prompted the air board to ban sales of all new gas cars by 2035. But reducing the number of miles people drive is also critical to cutting emissions — and that means finding ways to persuade Californians to rely less on their cars.

Michael Wara, director of the climate and energy policy program at the Stanford Woods Institute for the Environment, said the state’s transportation targets “are tremendously exciting and ambitious,” but he worries about its ability to meet them, particularly reducing miles driven.

“The new targets are quite aggressive and the question now is, will the Air Resources Board have the authority and the resources to follow through to accomplish that?” he said.

“We have a history of setting VMT (vehicle miles traveled) targets in the state of California that we don’t meet. The plan is relying on something where we don’t really have a method of accomplishing the targets that are being set.”

Rajinder Sahota, the Air Resources Board’s deputy executive officer for climate change and research, acknowledged that the state has failed to reduce miles driven because of inadequate public transit and car-centric urban planning.

She said the proposed changes in the plan related to miles traveled send a strong message to local planning agencies to implement policies that align with the state’s goal. She said the agency is drafting an analysis to assess uncertainties in achieving the climate targets.

Danny Cullenward, an economist and vice chair of the Independent Emissions Market Advisory Committee, a group of experts appointed by the governor and top legislators, said the state’s low-carbon fuel standard, which the air board plans on strengthening, is an important tool for decarbonizing transportation.

“We need more than triple the pace of our emission reductions to get on track,” he said. “So really, it’s the tightening of these existing policies that are going to address some of the oil and gas sector emissions.”

At a Sept. 1 advisory meeting, several environmentalists groups re-emphasized the importance of direct emission reductions and nature-based solutions to suck carbon out of the air. But they said the use of technologies to capture carbon emitted by industries should be eliminated from the plan altogether.

“California cannot simultaneously phase out fossil fuels and at the same time facilitate costly carbon capture projects that lock in fossil fuel infrastructure,” said Martha Dina Arguello, executive director of the nonprofit Physicians for Social Responsibility and co-chair of the Environmental Justice Advisory Committee, which advises the board on the scoping plan.

The updated draft plan now includes eliminating 100 million metric tons of carbon dioxide by 2045 using technologies to remove it from the atmosphere and capture it from smokestacks.

SB 905 — a bill Newsom is expected to sign – directs the air board to develop a program that puts guardrails on carbon capture, utilization and storage projects while streamlining the permitting process. The bill has angered some environmentalists, who say the technology is unproven, prolongs the use of fossil fuel plants and “poses risks of carbon dioxide leaks, groundwater contamination and increased air pollution,” according to Arguello.

The oil industry has largely supported the use of carbon capture and storage as a strategy to reduce emissions from oil refineries and other industrial sites, saying it is the only available technology that can decarbonize some sectors of the economy. They also say it would ease the job losses that would occur from phasing out fossil fuels.

Environmentalists also raised concerns about the amount of energy needed to run the projects. Removing 80 million metric tons of carbon would require about 100 terawatt-hours worth of energy, according to the air board’s estimates.

“That’s more than one third of the total electricity produced by California’s grid in 2021,” said Faraz Rizvi, campaign and policy manager at the Asian Pacific Environmental Network. “The current draft scoping plan and the governor’s targets far exceed that, calling for 100 million metric tons of carbon dioxide removal in 2045.”

Sahota of the air board said the state would beef up its renewable energy supply to provide that electricity without fossil fuels.

Sahota stressed that both natural and engineered carbon strategies are necessary. She said the state will prioritize nature-based methods first, rather than carbon capture at industrial plants.

The plan — which erroneously said carbon capture had already begun in California — was corrected to project startup in 2028.

At the urging of environmentalists, the staff added a community vulnerability metric to determine the effects that carbon capture projects would have on disadvantaged communities near polluting industries.

“Having that community vulnerability metric really adds in a missing piece of the social cost of carbon that looks at the additional burden facing some of the communities in the state,” Sahota added.

At a five-hour committee meeting last week, Randolph, the agency’s chair, also called for a more rapid advance of the phaseout of oil refining and extraction in the state.

She said forming an interagency working group that would work with local jurisdictions could expedite that goal and develop a strategy to offset the economic and job impacts.