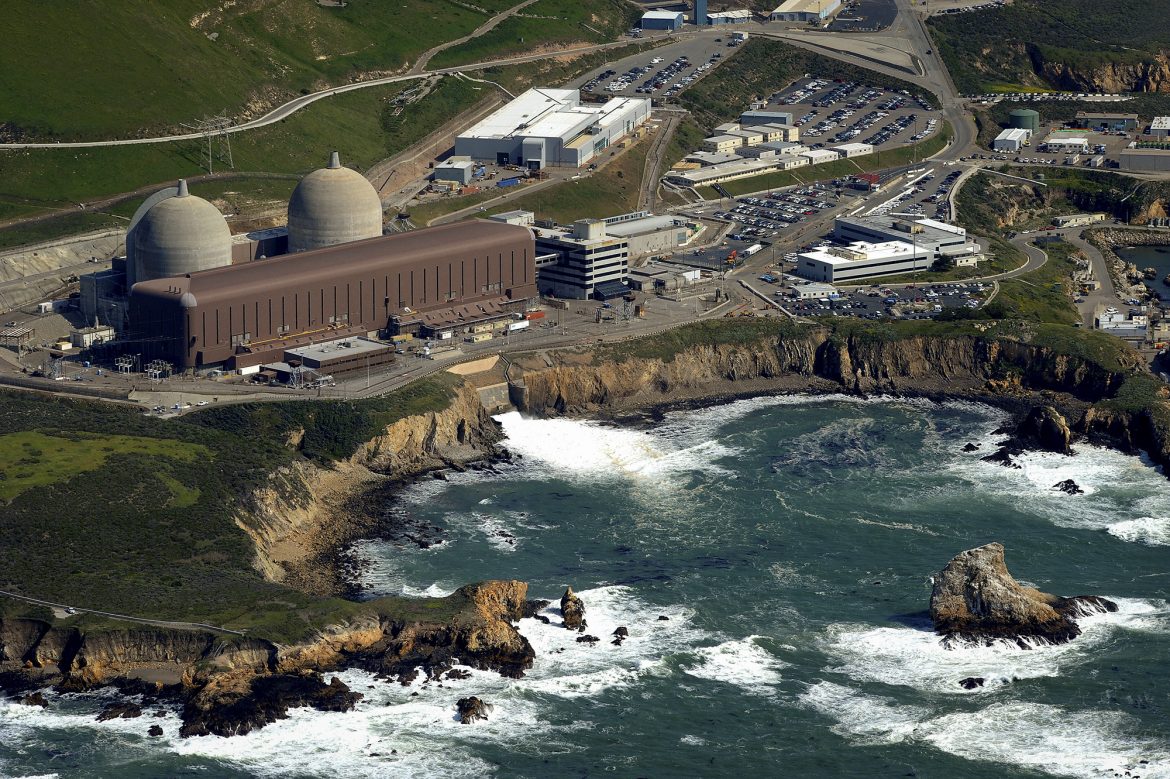 Aerial view of the Diablo Canyon Nuclear Power Plant near San Luis Obispo. The plant has been providing electricity since 1985. Photo by Lionel Hahn, REUTERS

State lawmakers approved SB 846, which would keep the plant open for five more years, until 2030, and give its operator, Pacific Gas & Electric, a $1.4 billion loan to do so.

The measure, authored by Republican Assemblymember Jordan Cunningham of San Luis Obispo and Democratic state Sen. Bill Dodd of Napa, gained overwhelming support in the Assembly in a 67-3 vote ​​during the debate, which continued into the early hours of this morning.

Some energy experts and environmental groups expressed fierce opposition, rallying for weeks to maintain the current closure date of the plant, which is in San Luis Obispo County. They raised concerns about spent nuclear waste and safety issues due to its proximity to seismic fault lines. They also say the plant’s extension could delay much-needed investments in renewable energy.

The bill mirrors draft legislation Gov. Gavin Newsom proposed on Aug. 12, with a few key differences: Newsom wanted to extend the life of the plant for ten years, which received widespread opposition from legislators. The bill also includes stronger protections for ratepayers, and the loan would be allocated in increments. Lawmakers will have to approve spending of state funds in excess of $600 million.

Newsom has until Sept. 30 to approve the legislation, though his administration has said signing it is among its top priorities. The state has a Sept. 6 deadline to apply for federal funding to keep the plant open.

“The bipartisan support to extend Diablo was the responsible decision,” said Alex Stack, a Newsom spokesperson. “We would be in far worse shape without energy producers like Diablo Canyon online.”

The bill’s passage comes amid an intense heat wave, which prompted Newsom Wednesday to proclaim a state of emergency. The California Independent System Operator, which manages the state’s power grid, supported Newsom’s plea for the Diablo Canyon extension.

“California has relied on the Diablo Canyon Power Plant for decades. This supply provides significant support for the grid during evening hours when solar is no longer operating,” said Elliot Mainzer, the grid operator’s president and CEO. “We should ensure new sources of clean electric supply are in place before retiring non-emitting generation that plays such an instrumental role supporting reliable electric service.”

Saying these incidents are only growing more frequent and extreme, Newsom on Wednesday reiterated calls for much-needed support of the Diablo Canyon plant amid concerns that the state would not have enough available energy in 2025 to meet demands during certain times in the day.

Many of those concerns were echoed by legislators during the debate.

“I have warned about this very moment in time where we would not have adequate electricity on our grid to meet the fundamental and primary needs of the people of California,” said Assemblymember Jim Patterson, a Republican from Fresno.

“We’re the fifth largest economy in the planet and yet here we are today, 3,000 megawatts short of the necessary electricity to keep the lights on. We have no choice.”

The governor pushed for the extension in the final days of the legislative session in an attempt to maintain a steady power supply and avoid the politically damaging prospect of power outages. Though the bill gained bipartisan support, the move also frustrated lawmakers, who had already been voicing concerns about an earlier energy deal that passed in June, which some called “rushed” and “lousy.”

Assemblymember Wendy Carrillo, a Democrat from Los Angeles, said it was “incredibly frustrating” to receive such an important and controversial proposal at “the last minute.”

“This is not how we operate and it is disrespectful to the process. It is disrespectful to the offices that we hold,” she said. “What I would have liked is not to have reopened or extended the life of Diablo Canyon, but also creating more opportunities for wind, solar, hydrogen and other alternatives because I do agree with the administration that we should have a diverse energy portfolio.”

Democratic Sen. John Laird of Santa Cruz said many of his concerns were addressed, including a provision that would allow the plant to be open for only five years so it would not affect the construction of offshore wind projects off the coast of San Luis Obispo. Frustrated, Laird said Newsom put legislators in a tough position because of a lack of planning for enough renewables.

“There are a whole litany of issues,” he said. “We’re here because there was not enough planning or renewable energy brought online.”

The plant, which provides about 10% of the state’s electricity, is a clean source of energy that supporters say is needed to help the state meet its carbon neutral goals. Carbon neutrality means achieving a balance between the carbon added to the atmosphere and the carbon removed.

Maureen Zawalick, PG&E’s vice president of decommissioning and technical services, said the utility is prepared to pursue the extension. PG&E has long maintained that the plant is safe from natural disasters such as earthquakes.

“While we maintain and remain on the path to decommission the plant in accordance with the current state energy policies, we do stand ready to support the state’s energy reliability needs as California transitions to more clean energy resources,” she said.

Despite the beefed up protections in the bill, some opponents fear keeping the plant open would give a generous handout to PG&E.

Alex Jackson, who is the director at American Clean Power California, a group representing the renewable energy industry, said wind, solar and geothermal and storage sources would have been sufficient to meet the state’s reliability needs.

But now that the proposal to extend Diablo Canyon has passed in the Legislature, he added that Newsom’s administration needs to accelerate the work of state agencies to site and permit new carbon-free resources in order to avoid “prolonging expensive and inflexible facilities and imposing those costs on ratepayers.”

“The last ditch scramble to extend the life of Diablo Canyon must serve as a wakeup call for California,” he said.