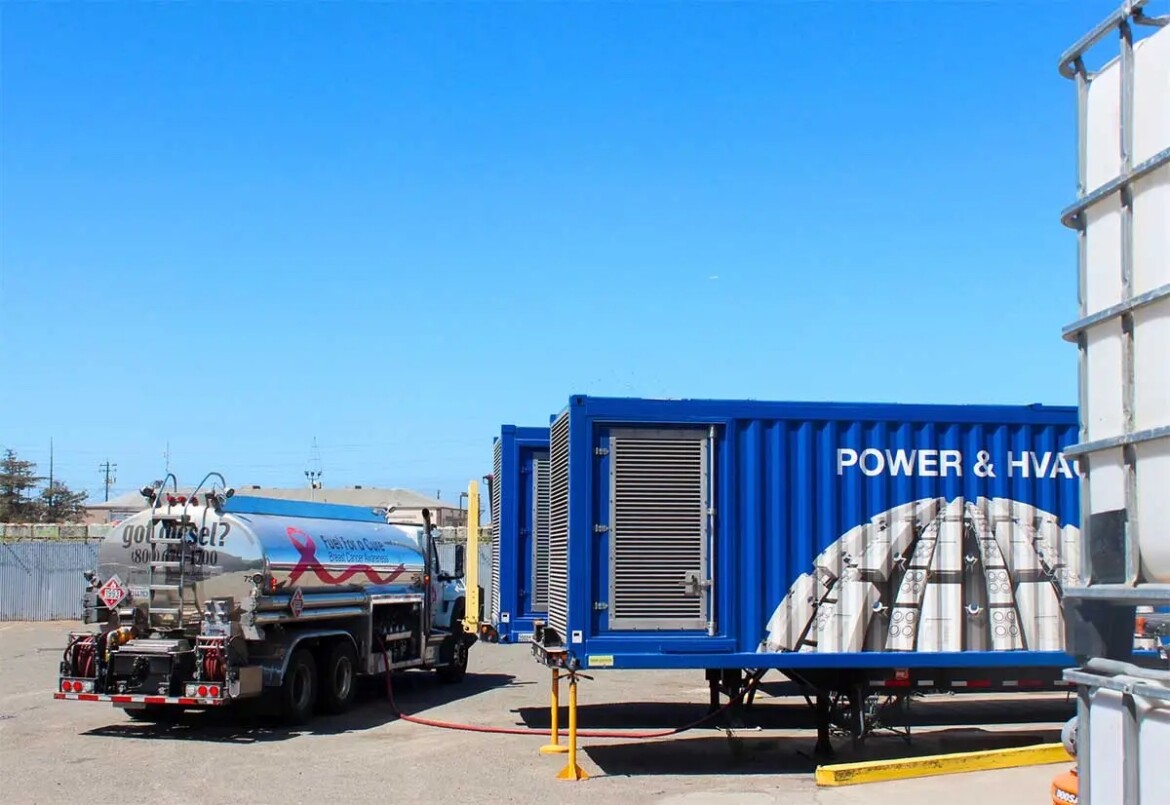 A Denver-based cannabis landlord has officially removed the polluting diesel generators previously used to power its facilities in East Oakland after the regional air district’s request to shut them down was backed by an Alameda County Superior Court judge.

Following a Sept. 13 hearing, Judge Evelio Grillo ruled that the Bay Area Air Quality Management District’s July abatement order against the cannabis company Green Sage is “immediately enforceable,” and invited the district to apply for a temporary restraining order in case the generators pop up again.

Since October 2020, Green Sage had been using unpermitted diesel generators on its property so its cannabis tenants could cultivate pot. At its peak, the property was using a dozen generators and racking up enough electricity to power 9,000 homes, according to the air district.

Through the end of August, Green Sage kept using five diesel generators in defiance of the order, even as the company also faced a series of building and fire code violation citations, threats of city fines and criminal charges and pending legal action from activists and residents.

The company argued in a court filing that it needed more power than PG&E could provide in order to meet the needs of cannabis cultivation, citing millions of dollars of crop lost if there was a sudden change in energy supply.

The air district said it’s working with the city of Oakland and Alameda County to enforce the order and ensure more generators don’t arrive on the property. If Green Sage does not comply, they could face multiple penalties in the hundreds of thousands of dollars.

The company did not respond to a request for comment on the order.

The district initially prompted the property owners of 5601 and 5733 San Leandro St. to curtail their unpermitted power source because of the “adverse air quality impacts” it was posing onto the community. East Oakland residents already face disproportionate levels of pollution due to their proximity to industrial sites and busy highways, making the carcinogenic fumes that much more potent, according to the district.

“The Air District, City of Oakland and Alameda County will continue to work together to protect the residents of East Oakland who are already disproportionately impacted by air pollution. We will not let up until these air quality violations have ceased permanently,” Veronica Eady, senior deputy executive officer of policy and equity at the air district, said in a statement.

Also on the property are artists living in The Cannery, a historical live-work space that’s been permitted for decades before Green Sage acquired the building in 2016.

Residents there and throughout the 25 other live-work spaces in Oakland’s 10-mile “Green Zone” are protected from evictions. But tenants slowly began to move out as tensions rose between them and their landlord — only a handful of the 20 available artists lofts are currently in use.

Residents continuously voiced their concerns to various local agencies as the diesel generators continued to run 24/7, with their first complaint to the air district last September.

Alistair Monroe, who has been a key opponent to Green Sage’s practices, said something changed when they looped in the California Department of Cannabis Control, which did a “total sting operation” in late August. Monroe said they visited the property numerous times to take photographs and film the violations in action.

A spokesperson for the department confirmed that it conducted an operation, but cannot share details as the investigation is ongoing.

“That was like the icing on the cake of what we needed,” Monroe said.

Shortly after, the air district’s attorney worked with the Oakland City Attorney’s Office to contact the generator rental company, United Rentals, to take a back-end approach to removing the power source off the property. Monroe said the rental company would be included in fines if they knowingly defied an abatement order.

“And then next thing you know, after two hours, all of the generators disappeared,” Monroe said. “The city agencies all started communicating and working together in alignment.”

It’s not necessarily a happy ending, however. Monroe said a neighbor of his died from respiratory failure shortly after the generators were shut down, and the effects of heavy pollution like this will long outweigh the time the generators were in place.

“Truly sad, and I would hate to think that’s the cause … but after two years, you’re going to see some damage,” Monroe said.

Residents have described the process as being “incredibly slow and completely ineffective,” saying they were “literally being poisoned” as Green Sage continued to operate despite a finalized abatement order.

“The District’s handling of this case sets a horrible precedent for how others in this industry can skirt the law without consequence,” reads a letter from residents in July. “We understand there are procedures that must be followed. We have followed the District’s procedures exactly as instructed. Green Sage has not.”

Cannery residents paired with environmental advocacy groups Center for Environmental Health and the Environmental Democracy Project to initiate a lawsuit under the federal Clean Air Act and California’s Proposition 65 — the requirement for businesses to inform residents about exposure to harmful chemicals. The legal team won the injunction, which was used to prompt the city’s negotiation with United Rentals.

“Stopping the exposure to the toxic diesel exhaust from this one facility will be a critical first step to advance environmental justice for the residents of East Oakland, but work will remain to create systemic changes that prevent this from happening again,” said Karina Gomez, community engagement manager at CEH.

But Tanya Boyce, executive director of EDP, said government regulators failed to adequately respond to this violation, leaving her and other advocates to take legal matters in their own hands. There’s victory here, but Boyce said the government’s slow reaction to environmental violations is not sustainable.

“Ultimately, we’re hoping that this site can stand as a symbol of a need for a holistic re-organization of how the cannabis industry grows,” Boyce said.

She’s calling on the city of Oakland to set a limit on the amount of square footage an indoor cultivation site can be, based on how much power is available in the electrical grid. It’s not about putting a hamper on the cannabis industry, but making sure pot is growing appropriately, she said.

“Clearly they’re not law-abiding people, and a notice is not going to be enough. You’re going to need to take a step to stop them,” Boyce said.

She’s also calling on the city attorney’s office for more transparency and communication, because on the ground, she assumed that they weren’t listening. It’s cases like this that give the city the chance to show their allegiance to environmental and racial justice, and inaction speaks volumes, Boyce said.

“It’s very hard for anybody to believe in government, to believe in law, to believe in the civil contract that we’re all supposed to sign, when everybody’s always lying and cheating and doing only what serves them,” Boyce said.

Chaney Turner, chair of Oakland’s Cannabis Regulatory Commission, thanked residents and advocates for their continuous work, and said they were disappointed in how the city handled the case. The commission prompted a motion to refer this issue to the state Department of Cannabis Control in August.

“There wasn’t much support from the city, and that’s when [the California Department of Cannabis Control] stepped in, and they don’t really take environmental pollution lightly,” Turner said. “I’m glad that they were able to do in 30 days what the city of Oakland, for some reason, couldn’t do in two years.”

Turner believes that in order to get better solutions and better action, Oakland needs better people in office, mentioning the importance of residents showing up to local elections and voting for candidates who come from areas that have been impacted by pollution.

“We have to make sure that we have people who are representing us that will listen to our concerns and that are going to take action,” Turner said.

Moving forward, Turner wants to see the cannabis industry being treated like any other business bringing in revenue for the city, with neither special treatment nor additional tax penalties. Turner said it’s about balancing between preserving Oakland as a hub for cannabis production while ensuring these companies are being good neighbors.

“I’m not really concerned about big businesses coming here, I understand that they’re bringing in more tax revenue and other things,” Turner said. “But if you’re coming in from Colorado into an area where you’ve been a bad neighbor, and the people living in the area are impacted by your bad decisions, then you don’t need to be here.”