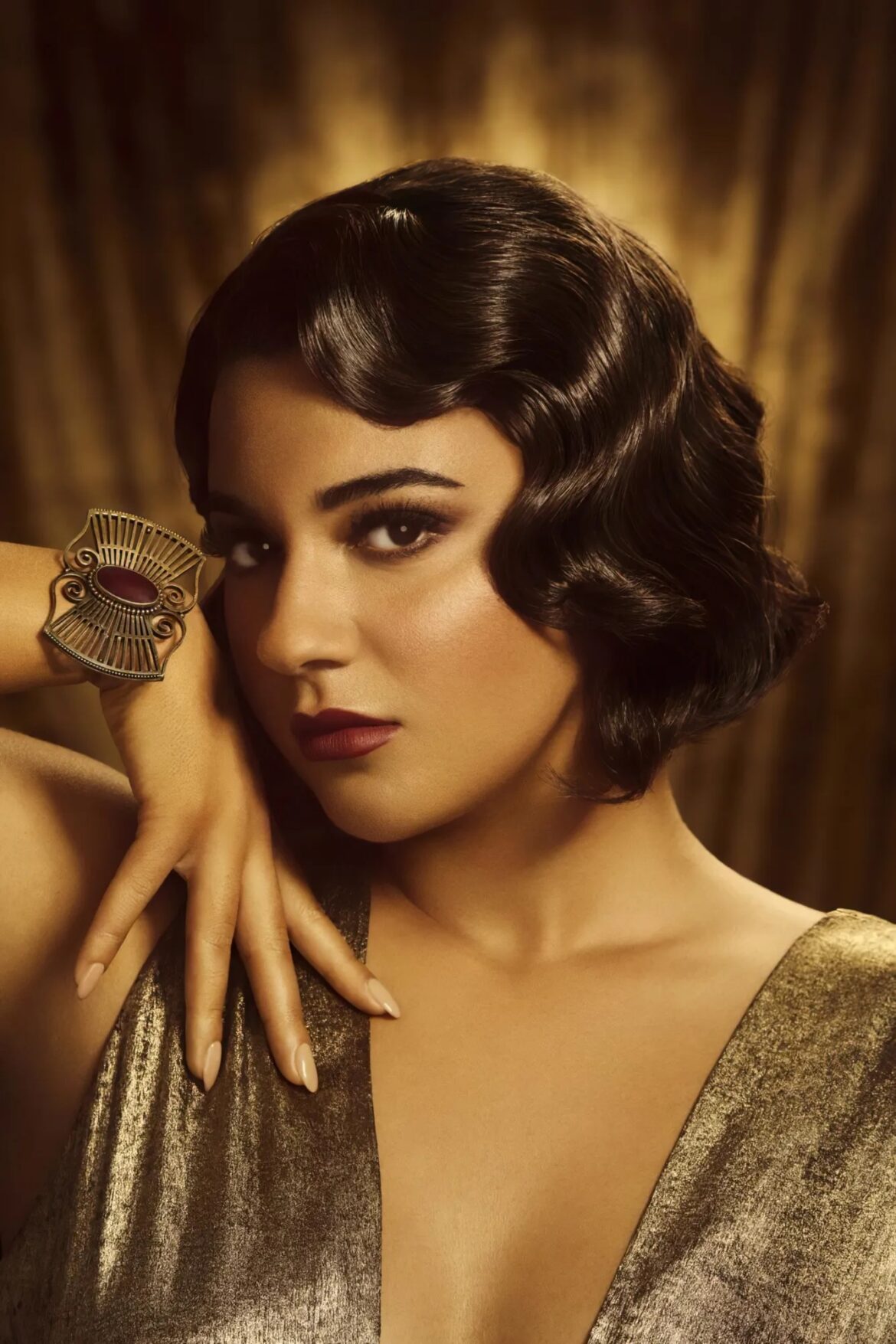 A grand weekend for singing: It’s a huge weekend coming up for opera fans in the Bay Area, and the opportunities to indulge abound. Opera San Jose opens its season Saturday night in the California Theatre with a lavish new production of Mozart’s “The Marriage of Figaro,” reimagined as a comedy of sexual politics and class conflict taking place in colonial India, where the British hold sway. The superb cast includes soprano Maya Kherani as Susanna and baritones Efraín Solis and Eugene Brancoveanu as Figaro and Count Almaviva respectively. The production runs through Sept. 25, and tickets, $20-$195, are accessible at https://www.operasj.org/ or (408) 437-4450.

But the big newsmaker is San Francisco Opera, which marks the opening of its 100th season Friday night with a return to the traditional, glittery Opera Ball followed by a star-studded concert at War Memorial Opera House conducted by music director Eun Sun Kim. The 8 p.m. concert features Nadine Sierra, Pene Pati, Lucas Meachem and Michael Fabiano singing, without intermission, arias from “Don Carlo,” “Turandot” and “La Boheme” as well as a few pop favorites. Tickets for the live performance are $30-$300 and include a glass of sparkling wine in the lobby, but the concert will be livestreamed as well for just $27.50.

That big centennial splash is followed by Saturday night’s world-premiere performance of Pulitzer Prize-winning Berkeley composer John Adams’ highly anticipated “Antony and Cleopatra,” adapted from the Shakespeare play and directed by Elkhanah Pulitzer. The drama of love and political intrigue in antiquity, set in Rome and Alexandria, stars bass-baritone Gerald Finley as Antony, Egyptian-born soprano Amina Edris channeling her ancient countrywoman as Cleopatra and tenor Paul Appleby as Caesar. The production, tickets priced at $26-$450, will run through Oct. 5, with the Sept. 18 2 p.m. matinee offered as a livestream at $27.50.

But the biggest bargain of them all is the company’s happy, post-pandemic return to Opera in the Park Sunday at 1:30 p.m. in the Robin Williams Meadow in San Francisco’s Golden Gate Park. The annual free concert, conducted by Eun Sun Kim, will present many of the company’s fall season artists in a program of arias, duets and ensembles by composers Mozart, Leoncavallo, Bellini, Verdi, Wagner, Sondheim and Queen, among others. Information on the entire weekend of events is available at https://www.sfopera.com/ or (415) 864-3330.

Donato marks a decade: As California Symphony music director Donato Cabrera enters his 10th year with the Walnut Creek-based orchestra, he has prepared an entire season of works the ensemble will be performing for the first time in its history. It opens with Saturday night’s 7:30 p.m. “Intersections” program in the Lesher Center’s Hofmann Theatre, repeated at 4 p.m Sunday and themed around exploring the connections between identity and tradition, with an emphasis on folk music that will include a couple of nods to Ukrainian culture.

In the lineup are Zoltán Kodály’s “Dances of Galánta,” wherein the composer commemorates his Hungarian heritage and the town of his birth; and Anna Clyne’s “DANCE,” a concerto inspired by a 13th century Rumi poem that will feature the superb Israeli American cellist Inbal Segev as soloist. Ukrainian folk themes abound in Pyotr Ilyich Tchaikovsky’s joyous Symphony No. 2, also on the program, as is the gorgeous “Melody for Symphony Orchestra” by the late Myroslav Skoryk — known as a “Hero of Ukraine” — which is so popular in his county that it is widely considered its second national anthem. Here it is in a scaled-down chamber version from Norway: https://youtu.be/kA1vUgxAtvY.

Ancient Egypt meets AI: One of the Bay Area’s biggest and most talked-about museum shows focuses on life in ancient Egypt — more than 30 centuries ago — while pointing dramatically to the future. Titled “Ramses the Great and the Gold of the Pharaohs,” the de Young Museum exhibition centers on the life and times of Ramses II, who ruled Egypt for more than 60 years and lived to be around 90.

You can collect a lot of stuff in that amount of time, and the exhibition naturally hosts the kind of opulent and eye-popping artifacts — glittering golden masks and neck pieces, mummified pets, elaborately carved tombs — that one would expect. But exhibitions of this depth and historical coverage aren’t just built on artifacts anymore. At “Ramses the Great,” for example, you can also watch one of the celebrated Pharaoh’s greatest military victories — on video.

Films and multimedia presentations cover other aspects of his life, the architecture of the times and the deities that dominated the era’s spiritual and philosophical framework. With stories emerging from behind glass and beamed in via goggles, “Ramses the Great” marks the kind of two-pronged approach — blending real artifacts with computer-generated storytelling — that will be a common aspect of museum presentations going forward.

“Ramses the Great” is on display at the de Young through Feb. 12. The de Young is in San Francisco’s Golden Gate Park. Admission is $25-$40; a 10-minute virtual reality experience of Ramses’ life and time is $18. Go to https://deyoung.famsf.org/.

A grand Slam: Poetry Center San Jose has a new home, and the timing could not be better. The center, which runs the popular and regularly occurring San Jose Poetry Slam, as well as the annual San Jose Poetry Festival, has just settled an arrangement with the Tabard Theatre in San Jose’s historic San Pedro Square to host its events there for the foreseeable future. That partnership starts 7 p.m. Sunday, when the Tabard will host the next Poetry Slam, with special guest Tongo Eisen-Martin, San Francisco’s poet laureate.

The center has been hosting poetry slams since the 1990s, and Sunday’s edition is the finale for this year’s poetry festival, which kicks off Wednesday and features nearly a dozen online and in-person readings, seminars and more. If you want to strut your literary stuff at the slam, arrive by 6:30 p.m. and have at least two poems to submit. A dozen contestants will be selected, each of whom gets three minutes and 10 seconds to perform (go over, and you will be penalized). And these folks are purists when it comes to valuing the power of language — props, costumes, animals and other performance-enhancing gadgets are forbidden.

Sunday’s slam also features a performance by Eisen-Martin, the San Francisco native who has won a California Book Award and an American Book Award. His collections include “Someone’s Dead Already” (2015) and “Heaven Is All Goodbyes” (2017).

Admission to Sunday’s event is $5-$10; proof of vaccination is required. For tickets and more information, go to https://www.eventbrite.com/ and search for San Jose Poetry Fest (in the poetry slam listing, you’ll find a link to all the poetry fest events). San Jose Poetry Slams are held on the second Sunday of each month.

‘Lear’ takes Orinda: It’s not unusual for theater companies to revive hit productions from time to time. But when California Shakespeare Theater in 2017 staged Marcus Gardley’s “black odyssey” — a contemporary retelling of the “Odysseus” story set in the playwright’s native Oakland — the reaction was so favorable the company brought the show back the very next year. Now that’s unusual.

But Gardley is not your average playwright. His knack for melding historical and mythic tales with a contemporary feel and true sense of place has been seen in such Bay Area-premiered works as “The House That Will Not Stand,” which opened at Berkeley Repertory Theatre in 2014 and focused on four Black women in 19th century Louisiana.

Now Gardley is returning to Cal Shakes with his newest work, “Lear.” The drama is a reimagining of Shakespeare’s classic tragedy “King Lear,” about a ruler so blind to his arrogance and blunders that he squanders all that is precious in his life. Gardley’s take is set in San Francisco’s Fillmore District in the 1960s, when political and racial unrest were prominent and Black families were being displaced by gentrification. Some of the dialogue has been modernized as well.