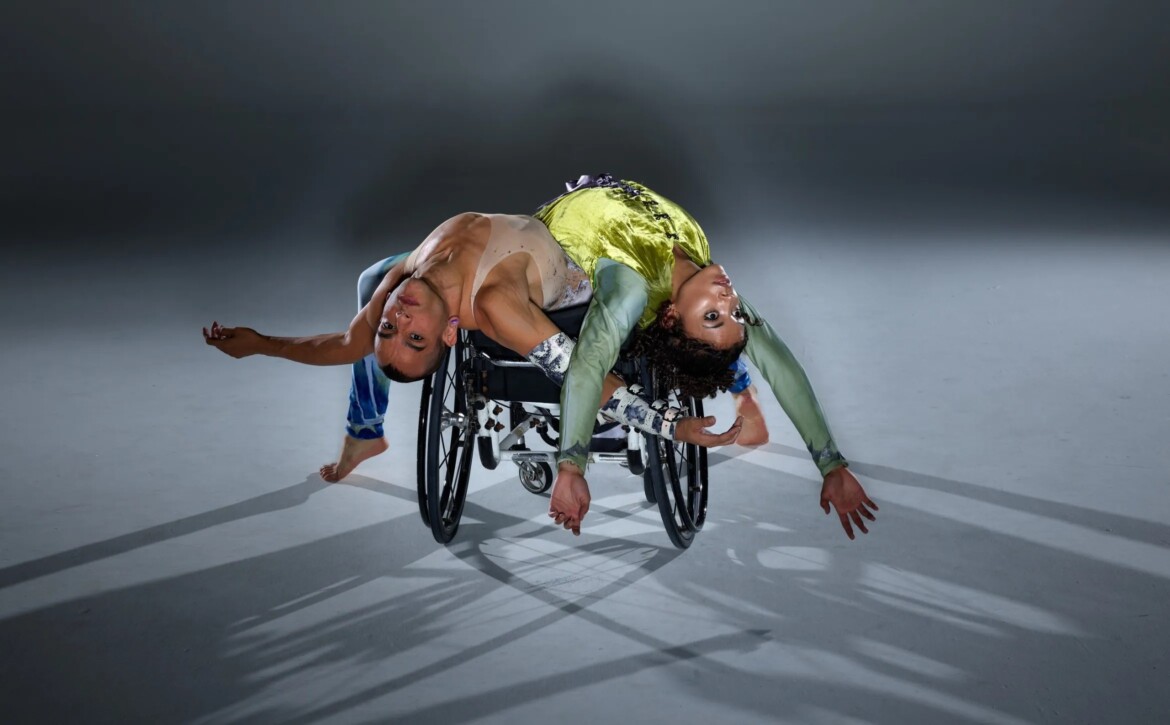 Anniversary party with a purpose: It’s the big three-oh for San Francisco-based New Century Chamber Orchestra, and music director Daniel Hope and his ensemble are mounting a three-day celebration that kicks off Friday night with a highly charged, star-studded musical radio drama called “Berlin 1938: Broadcasts From a Vanishing Society.”

An amplification of Hope’s similar project that debuted at the Verbier Festival in Switzerland in 2019, the program  deploys music from the era that offered critique of the rising political violence and the swiftly disappearing personal freedom it entailed. Orchestrations of songs from Kurt Weill, Benny Goodman and Cole Porter are planned, along with more savagely satirical numbers such as Weissert’s “Mensch ohne Pass” (Person Without Passport) and Georg Kreisler’s “Schlag sie tot” (Kill them!).

Special lighting and video productions will enhance the performance, and the guest stars are the famed American baritone Thomas Hampson and German chansonnier and cabaret artist Horst Maria Merz, alternating as both broadcasters and singers. The venue is the refurbished Presidio Theatre in San Francisco, an historically appropriate spot, as it was built by the U.S. Army in 1938 as an entertainment hub for our armed forces. Performance times are 7:30 p.m. Friday and Saturday and 3 p.m. Sunday, and the opening night program will conclude with a themed cocktail and swing dance party with music from the DJ/live fusion band Golden Bell. Tickets, $30-$87.50, are available at https://www.cityboxoffice.com/ and (415) 392-4400. Find more information at https://www.ncco.org/.

Wunderkind alert! Rising star South Korean Yunchan Lim, the youngest artist ever to win the Van Cliburn International Piano Competition when he seized that gold medal in June at age 18, will make his West Coast debut in San Jose’s Montgomery Theater at 2:30 p.m. Sunday on the opening program of the Steinway Society’s 28th season.

Unfortunately, you can’t go, unless you already have a ticket.

Marketing folk at Steinway were astonished that his program sold out instantly online before they could generate a press release. So they are making his recital available as a livestream, at $40 per household, and it will be accessible for the following 48 hours.

On his program are four ballades by Johannes Brahms, Mendelssohn’s Fantasy in F-sharp minor (aka the “Scottish Sonata”) and several works by Franz Liszt. Tickets, program notes and a prerecorded lecture are available at https://steinwaysociety.com/ or by calling (408) 300-5635. If you hanker for a taste of his talent ahead of time, check out his thunderous conclusion of the Rachmaninoff Concerto No. 3, as conducted by Marin Alsop, which helped cinch the top prize at the Van Cliburn, where he also won the audience award and the award for best performance of a new work: https://youtu.be/4Pj00IpZYIk.

Fresh start for AXIS: The fall arts season has a way of making everything feel new again, especially when so many performance companies have spent the past couple of years dealing with the disruption of the pandemic. AXIS Dance Company, the world-renowned Berkeley-based troupe of disabled and non-disabled dancers, is practically bursting with newness this weekend.

The troupe on Friday launches its first season under new artistic director Nadia Adame with a program featuring — you guessed it — all new works. There are, in fact, three world premieres dance fans can look forward to in the program, appropriately titled “Adelante” (Spanish for “go forward”), all of which celebrate the strength and resilience of the human spirit.

Kicking off the recital will be Adame’s own new work, “Breathe Again.” The work, as the company describes it, “explores the most suffocating parts of our collective and individual journeys,” but builds not to despair but to an examination of the ways we move on from our setbacks. Also on the program is the joyful “Tread,” by choreographer and producer Ben Levine, which makes use of children’s wheeled toys to “level the playing field between disabled and non-disabled dancers.” And Spanish dancer/choreographer Asun Noales offers an as-yet-untitled dance/theater work that revels in the joys and pleasures of personal relationships.

Performances are 8 p.m. Friday and Saturday and 2 p.m. Sunday at ODC Theater in San Francisco. Proof of vaccination is required, and masks must be worn in the theater. Tickets are $25-$55. Go to https://axisdance.org/.

A ‘ripple’ stirs at Berkeley Rep: Playwright Christina Anderson received a Tony nomination for cowriting the book on the racially themed musical “Paradise Square,” which premiered at Berkeley Repertory Theatre in 2019. But when the show was playing here, her name was not attached to the project yet. She came on later as “Paradise Square,” which centered on the Irish and African American communities in lower Manhattan in 1863, just before the Civil War draft riots erupted, was evolving and trying to make a successful run on Broadway.

But plagued by two COVID shutdowns, labor problems and disappointing box office returns, “Paradise Square” never took off, despite the wealth of talented names that had been attached to it, from playwrights Marcus Gardley and Craig Lucas to composer Jason Howland to choreographer Bill T. Jones. It closed in July.

Now Berkeley Rep is premiering a racially themed play that is by Christina Anderson and her alone. The drama centers on a woman who grew up in Kansas City and whose parents led a successful fight to force public pools to admit Black people. But after becoming estranged from her parents and their civil rights battle, she is forced to come to terms with her roots and her legacy. “The ripple, the wave that carried me home,” commissioned by Berkeley Rep and developed by its Ground Floor program, opens Wednesday night at the company’s Peet’s Theatre and plays through Oct. 16. Tickets are $24-$100. Proof of vaccination is required, and masks must be worn in the theater. Go to https://www.berkeleyrep.org/.

What’s doin’ at Smuin: If you think you have been eager to see dance and other performing arts return to the stages, just imagine how Celia Fushille feels. It was 10 years ago that the Smuin Contemporary Ballet artistic director was on a trip to Havana when she was introduced to the prowess of Cuban choreographer Osnel Delgado, whose emotional works capture the passion and many styles of his country’s dance scene.

She was intent on bringing his work to San Francisco and that was finally set to happen in 2020, when COVID shutdowns scuttled the long-awaited collaboration between the acclaimed choreographer and Fushille’s company. Flash forward two years and Delgado’s “The Turntable” is finally set to get its world premiere as part of Smuin’s fall program, “Dance Series 1,” which opens Friday in Mountain View.

“The Turntable” reflects on Cuba’s brilliant arts and dance landscape as well as the challenges of creating and performing in a country stifled by economic hardships and government interference. Also on the program are revivals of two Smuin favorites, Annabelle Lopez Ochoa’s poignant and bittersweet reflection on love, “Requiem for a Rose,” set to Schubert’s string adagio from the Quintet in C; and Rex Wheeler’s lively “Take Five,” set to music by jazz legend and Concord native Dave Brubeck.

Performances are Friday through Sunday at the Mountain View Center for the Performing Arts; Sept. 23-Oct. 2 at Cowell Theater in San Francisco; and Oct. 7-8 at Lesher Center for the Arts in Walnut Creek. Check the venues’ websites to see what health and safety guidelines are in effect. Tickets are $25-$99; go to https://www.smuinballet.org/.