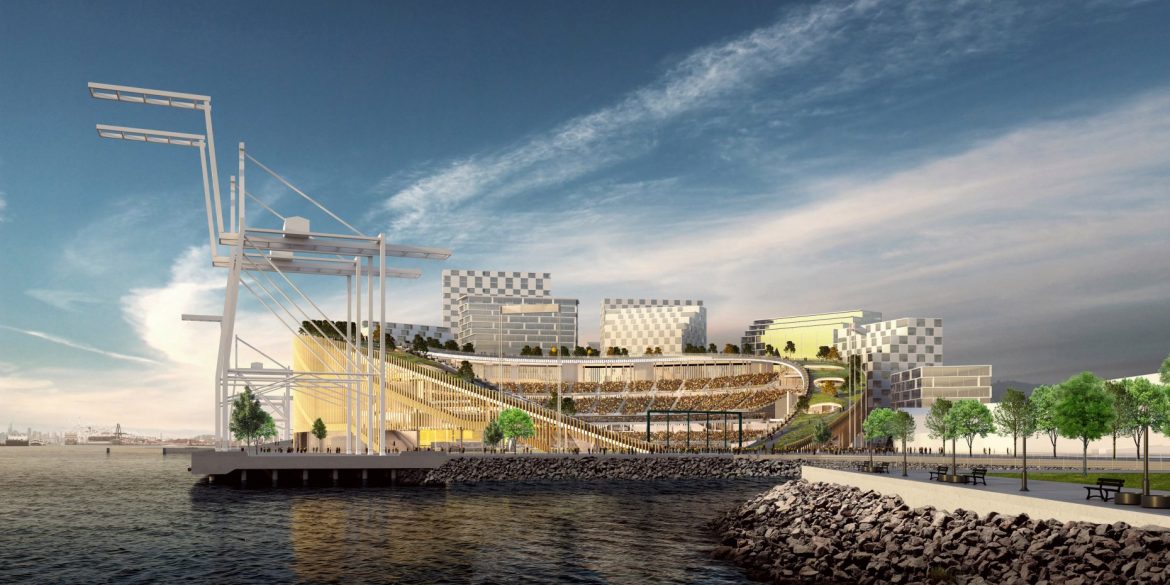 An Alameda County Superior Court judge rejected legal challenges Thursday to the Oakland A’s quest for a new stadium that had argued that the proposed ballpark at Howard Terminal would cause serious environmental harm to the surrounding port area.

The lawsuits, filed in April by the East Oakland Stadium Alliance, the Capitol Corridor Joint Powers Authority and a handful of port industry and labor organizations, argued that officials with the city of Oakland did not properly vet the project’s environmental repercussions when the Oakland City Council approved an environmental impact report for the proposal earlier this year.

Judge Brad Seligman ruled against the lawsuits, writing in his decision that the city did not violate the California Environmental Quality Act and that analysis of the potential environmental and safety hazards was “sufficient and supported by substantial evidence.”

Seligman also ruled that the city and the A’s had sufficiently concluded that building a new stadium at the site of the Oakland Coliseum, where the A’s currently play home games, would not be a viable alternative to the waterfront stadium as the plaintiff organizations had argued in their lawsuits.

The Coliseum “is surrounded largely by industrial uses and does not have a waterfront or any natural features that would enhance the aesthetics and experience at the ballpark or allow for public access to such features,” Seligman said in his decision.

Mike Jacob — the vice president of the Pacific Merchant Shipping Association, one of the plaintiffs in the lawsuits — said in a statement on behalf of the East Oakland Stadium Alliance that the organizations were considering an appeal of the ruling to “correct the flawed” environmental impact report.

“We will also continue pushing to resolve our concerns from this short-sighted project regardless of the outcome of this case, as the project’s adverse impacts are harmful to the thousands of Oakland residents who live in the neighborhoods near the proposed development or to those whose jobs depend on the ability of the Port of Oakland to grow and thrive,” Jacob said.

The proposed 55-acre development at Howard Terminal would include a 35,000-seat stadium along the Oakland waterfront, an estimated 3,000 housing units, 1.5 million square feet of commercial and retail space and more than 18 acres of open public space. The A’s have played home games at the Coliseum since 1968 and have sought a new stadium for the better part of two decades, failing in attempts to build new stadiums in San Jose, Fremont and adjacent to Oakland’s Laney College.

Opponents of the Howard Terminal project argue that reallocating a portion of the Port of Oakland to build a sports stadium would be economically harmful to the Bay Area region. Opponents also argue that the proposal would lead to safety hazards concerning nearby freight railroad tracks, would be detrimental to soil and air quality and would cause increased traffic congestion at Howard Terminal and in the surrounding area.

A’s president Dave Kaval praised the ruling in a statement Thursday, saying it “validated” the environmental analysis conducted by the organization, the city and the Port of Oakland.

“We look forward to continuing our pursuit of building a ballpark at the Oakland waterfront,” Kaval said.

A’s and Major League Baseball officials have suggested the Howard Terminal proposal is the franchise’s last attempt to remain in Oakland, and have floated Las Vegas as a potential alternative.