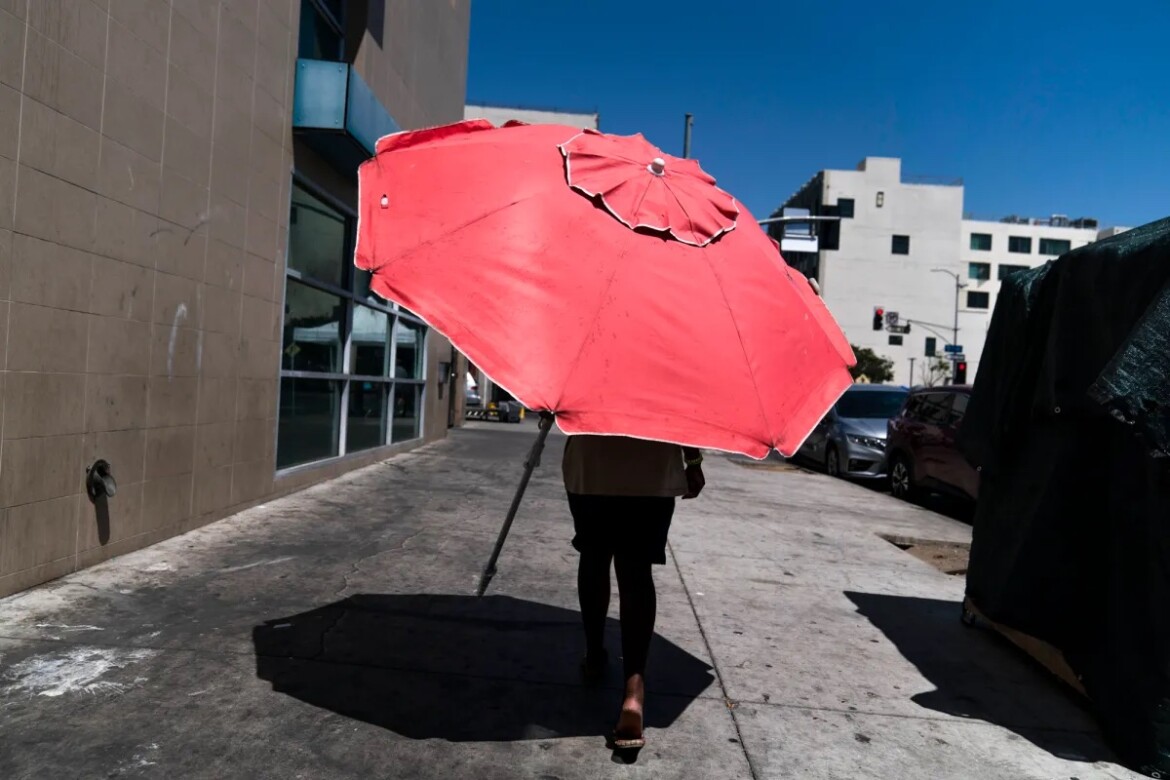 As expected, and with the approaching intense heat wave expected for California during this long Labor Day weekend, the state’s Independent System Operator has issued a statewide Flex Alert for Saturday. It is the fourth consecutive day that a Flex Alert — a statewide call for voluntary electricity conservation, from 4 p.m. to 9 p.m. — has been issued by the California Independent System Operator as high heat and heightened demand for electricity continues across the state.

A period of dangerous heat is expected to extend into next week, state agencies warned on Wednesday. Gov. Gavin Newsom issued a State of Emergency in response, calling for increased electricity production from power plants and reduced consumption from Californians.

Throughout the Western region of the country, temperatures are expected to rise through Wednesday, Sept. 7, in what weather forecasters consider to be a record heatwave. Northern California will face temperatures 10 to 20 degrees hotter than normal, said the Governor’s office.

Regions along the Bay Area’s coast are not likely to face dangerous levels of heat, but inland areas in the North Bay, East Bay, Santa Clara Valley, and Santa Cruz Mountains will likely experience temperatures hot enough to initiate heat-related illnesses among some residents, said the National Weather Service.

The weather service also said that overnight cooling is expected to be limited. With temperatures peaking on the weekend at a maximum of 115 degrees in some areas, this further puts older adults, unhoused residents, children and those with limited access to cooling at risk of dehydration, hyperthermia and heat stroke.

California is living in an “era of extremes,” evident from recent, lengthy heat waves and the drought the state has experienced in seven out of the last 10 years, Newsom said Wednesday.

“This is just the latest reminder of how real the climate crisis is, and how it is impacting the everyday lives of Californians,” Newsom said. “While we are taking steps to get us through the immediate crisis, this reinforces the need for urgent action to end our dependence on fossil fuels that are destroying our climate and making these heat waves hotter and more common.”

As a result of the emergency declaration, power plants will be permitted to generate more electricity, large customers can use backup generators and ships can reduce consumption to use less energy from the power grid during peak demand periods. Senior Advisor for Energy in the Governor’s Office Karen Douglas said Newsom took several steps to minimize the risk of outages in extreme weather events like this one — through adding generators, a strategic energy reserve, and a statewide transition to clean energy. The state has added an estimated 4,000 megawatts on the grid from clean energy from July 2020.

“We will be leaning heavily on all of that work and additional preparation that we have made to be able to handle an event like this one,” Douglas said.

Elliot Mainzer, president of the California Independent System Operator, an agency that oversees the flow of electricity on the grid, said the electrical system is likely to be strained on Wednesday evening already, due to changes in the supply curve. Mainzer predicts that Sunday, Monday and Tuesday will be the highest demand they’ve seen this year.

“This is going to be a sustained event that’s going to take sustained focus and sustained participation,” Mainzer said.

The state issued a request for California consumers to cut their air conditioning and energy use from the hours of 4 to 9 p.m. on Wednesday and Thursday via a Flex Alert, and likely to do so again over the weekend. Mainzer said doing small things like setting their thermostat higher or turning off unnecessary lights can make a major difference in the times the grid faces maximum stress. Director of the Governor’s Office of Emergency Services Mark Ghilarducci said heat events like this require the state’s ability to not only address the needs of energy consumption, but also emergency preparedness to keep communities safe.

Cooling center locations can be found at CALoes.ca.gov, and more information on how to prepare for a heat wave can be found at news.caloes.ca.gov/its-getting-hot-in-here-how-to-stay-safe-in-extreme-heat/.

“It is important that all Californians understand the risks, take them seriously and take steps to protect themselves and the community as we enter into the holiday weekend. Please plan to stay cool, keep strenuous outdoor activities to a minimum, stay hydrated and don’t leave pets or small children outside for extended periods of time,” Ghilarducci said.

Also, the Bay Area Air Quality Management District issued a Spare the Air alert for Saturday because high temperatures and vehicle exhaust create unhealthy levels of smog. The alert, the fourth issued by the air district for smog so far in 2022, is meant to make residents aware of unhealthy air quality and to encourage people to find alternatives to driving alone on Bay Area roadways.