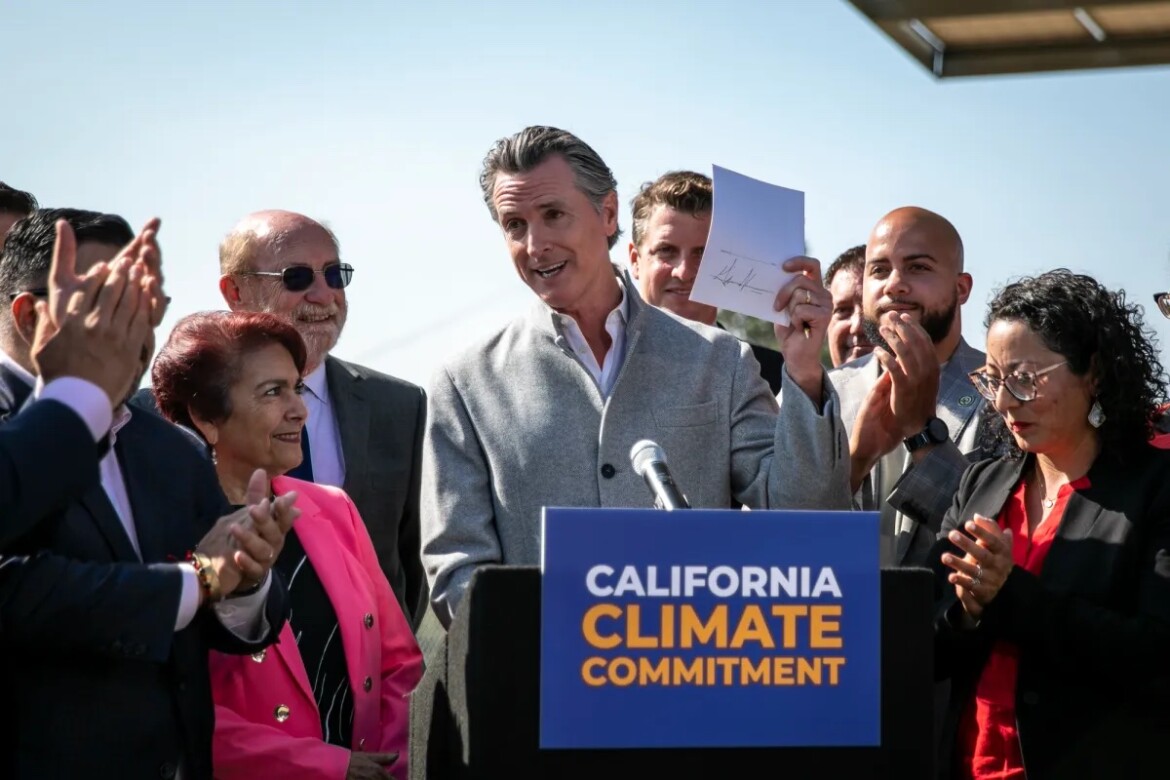 California Gov. Gavin Newsom signs a number of climate-related bills surrounded by state legislators at a press conference at the USDA Forest Service Regional Office on Mare Island in Vallejo on Sept. 16, 2022. Photo by Martin do Nascimento, CalMatters

Gov. Gavin Newsom has until midnight Friday to determine the fate of the more than 550 bills on his desk — or risk turning into a pumpkin.

That last part may not be exactly true, but the bill tally from veteran Sacramento lobbyist Chris Micheli is, and underscores just how much work Newsom has ahead of him: He needs to sign or veto an average of about 110 bills per day to get through all of them by the Friday deadline.

CalMatters is tracking Newsom’s decisions on some of the most interesting, controversial or noteworthy bills state lawmakers sent him before the 2022 legislative session ended last month. Here’s a closer look at three proposals that especially caught our eye — and the politically fraught choices they may pose for Newsom: