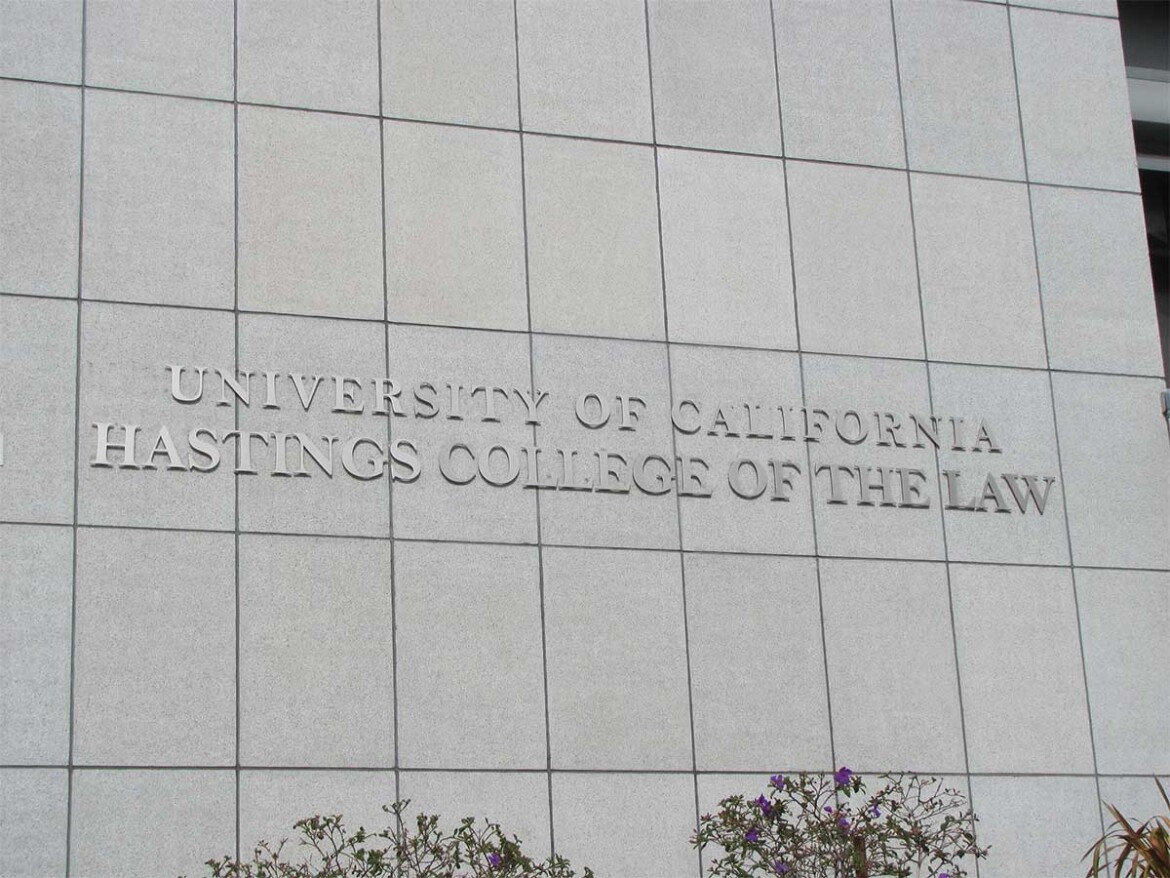 UC Hastings College of the Law has carried the name of its founder, former California Supreme Court chief justice and state attorney general Serranus Hastings, since 1878. That could change by early next year as a decision advances to remove Hastings' name over his connection with genocidal acts against Native Americans. (Photo via Flickr)

The University of California Hastings College of the Law’s Board of Directors has voted unanimously to remove Hastings from the law school’s name and replace it with San Francisco because of its founder’s genocidal acts against Native Americans in the 1850s.

The name change for the school, founded in 1878 by former California Supreme Court chief justice and state attorney general Serranus Hastings, will require approval by the state Legislature and signature by Gov. Gavin Newsom to become the University of California College of the Law, San Francisco, or UC Law SF for short. The change could come as soon as this January.

The school’s chancellor David Faigman in 2017 had organized a Hastings Legacy Review Committee to investigate Hastings’ legacy. A resulting report Faigman released in 2020 detailed hunting expeditions that resulted in the deaths or dislocation of hundreds of Yuki Indians as Hastings took possession of large parts of Eden Valley and Round Valley in Mendocino County.

Last November, the school’s Board of Directors authorized its school leadership to work with state legislators to change the name, and the school has held several meetings on the topic since then.

Faigman wrote that he fully supported the name change to include San Francisco, saying the law school “is an integral part of the city in which it has resided for 144 years,” and pointing to some of its famous graduates such as Vice President Kamala Harris and former San Francisco mayors Willie Brown and George Moscone.

The school has also worked with members of affected tribes in the area, including the Yuki, on restorative actions including founding an Indigenous Law Center and creating a public memorial to the Yuki people at its campus near San Francisco’s Civic Center. Faigman said he and the Board of Directors also support naming a prominent campus space such as the library with an Indigenous-language name.

“I am excited about the pending name change, which comes at an exciting time in our law school’s history. The foundation of the College, the heart, the spirit, and the excellence will remain,” Faigman wrote.