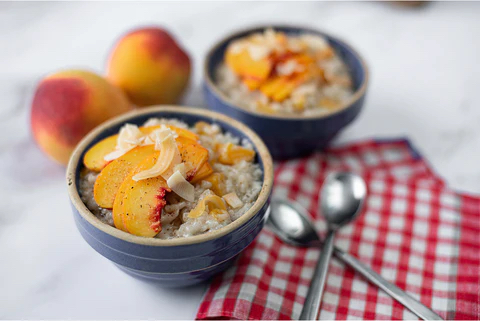 I have a long love affair with rice pudding—beginning with my great-grandmother Babcia‘s homemade version, evolving into a Kozy Shack obsession, and more recently arriving at this dairy-free version which is easier on my lactose-intolerant tummy. Make it now, before the last-of-summer peaches disappear!

Putting it all together