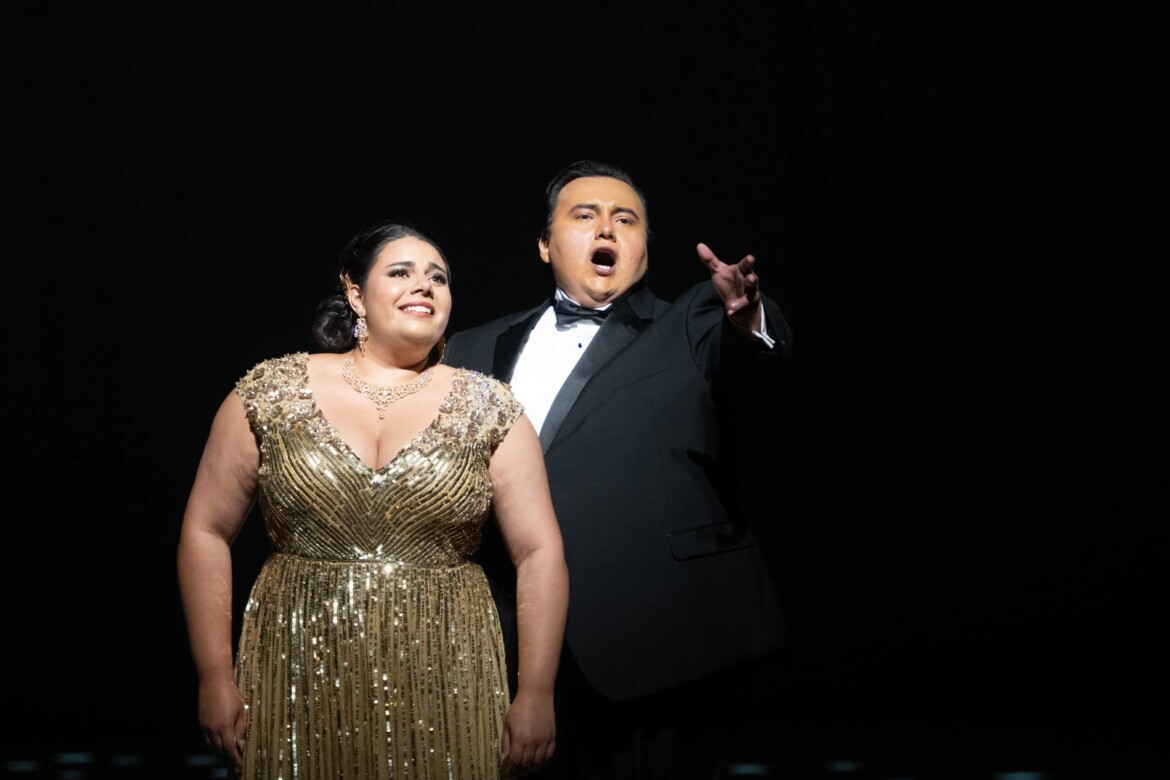 Finalmente, after two dark pandemic years, the young artists of the Merola Opera Program returned this summer. San Francisco Opera’s Merola program is tough and prestigious, lovingly called boot camp for the 10-hour workdays the artists turn in, and Saturday, the group of 31 (singers, coaches and a stage director) showed what they could do at the “Grand Finale” on the big stage of San Francisco’s War Memorial Opera House.

What they showed was impressive on all counts, and the nearly full-house crowd at the opera house was right on it all night — well, at least for the three-plus hours of the program. The Merolini, as they are called, are selected from hundreds of applicants, and from their number, many go out to the big stages of the world; a few are picked to be Adler Fellows.

Among the crowd-pleasing duets on Saturday was the bubbly, comedic turn in which bass-baritone Seungyun Kim tries to sell Donizetti’s Elixir of Love to spicy soprano Maggie Kinabrew; the two made sparks with lavish vocal lines and hilarious interaction. Also striking fire was the gorgeously sung Act 1 duet from Puccini’s “Madame Butterfly” by soprano Amanda Batista and tenor Moises Salazar. This was an exceptional pairing of voices, equally powerful and passionate.

There are a good number of singers who know their way around a love song in the program — and isn’t opera all about love? Among those who showed off honeyed voices are tenors Sahel Salam and Chance Jonas-O’Toole, bass-baritone William Socolof and tenor Jonghyun Park, who had the enviable assignment of “Una furtiva lagrima” from Donizetti’s “Elixir of Love,” a must in any operatic parade. It was beautifully sung, with bright, secure high lines and brilliant tonal focus.

Other standout moments among many were soprano Adia Evans and baritone Scott Lee’s luminous performance of an aria from William Grant Still’s opera “Highway 1, USA” (kudos for including Still, a much-neglected composer), and soprano Chelsea Lehnea scored in an explosive moment from Gounod’s “Faust.”

Patrick Furrer’s conducting was exuberant start to finish, and there was a lively rapport between pit and stage. The orchestra occasionally covered the singers at the beginning, but good balances were found, and the direction by Merolini Matthew J. Schulz and the lighting of the huge panels on an empty stage were right on target. With the new Merola Opera Program team, artistic director Carrie-Ann Matheson and general manager Markus Beam on board, there is a new look in every corner, and San Francisco can look forward to the summer of ’23.