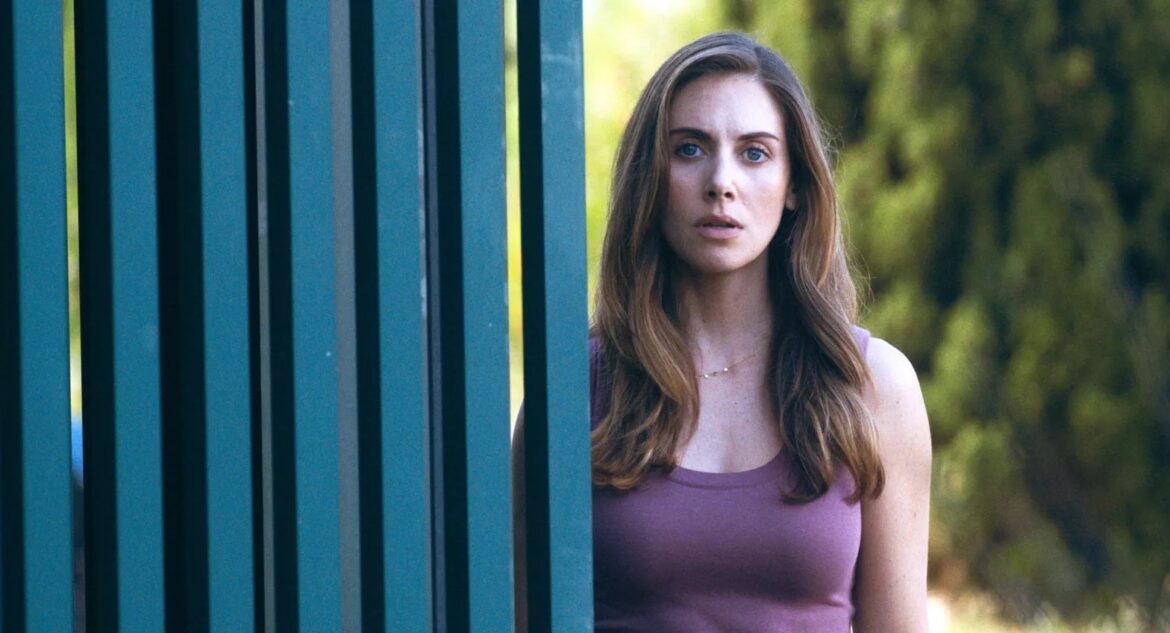 Alison Brie once again shows she’s both a talented actor and screenwriter in “Spin Me Round.” (Photo courtesy IFC Films)

Two Amazon Prime series with Bay Area notables taking centerfield positions will be making a pitch for your streaming attention while the South Bay’s Cinequest Film & Creativity Festival is back at bat with in-person screenings in a major way, kicking off early next week.

All that, and two special appearances and Q&As from the creator of The Whole Earth Catalog, a counterculture magazine and product catalog that launched in 1968.

These are the tasty cinematic nuggets in this week’s Pass the Remote.

Danville native D’Arcy Carden hits it out of the park in the Amazon Prime eight-episode series “A League of Their Own,” the second series that’s based, in part, on the cherished 1992 Penny Marshall crowd-pleaser starring Geena Davis and Tom Hanks, which in turn drew its inspiration from the actual All-American Girls Professional Baseball League.

Carden is the spark plug in this “League,” playing the charismatic Greta in a big cast that contains many engaging teammates, including Abbi Jacobson — who, along with Will Graham, is the series co-creator — as main character Carson Shaw.

Combining both comedy and drama, this new production reflects the prevailing, often stifling gender roles of that era while expressing the independent spirit of female athletes who come from various backgrounds and have different reasons for wanting to get into the game. Carden ably reps the East Bay, just as Concord native Hanks did in the original. All episodes of “A League of Their Own” are available to stream Friday on Amazon Prime.

Another Amazon Prime original series that’s receiving raves (and deservedly so) is the eight-episode “Paper Girls.” The fast-moving series also features an East Bay talent and a San Francisco native in front of the screen.

Adapted from another strong Brian K. Vaughan and Cliff Chiang graphic novel, “Paper Girls” plays around with the time travel trope as a quartet of friends — all of whom have an ’80s paper route — get transported into new eras where they meet themselves later in life. Sometimes they don’t recognize the person that they’ve become. What led them to become so radically different? And just who is that unhinged person pursuing them? Those questions start to resolve themselves and jolt the narrative into moving, complicated directions.

The East Bay’s Riley Lai Nelet plays Erin, one of the first paper girls to meet her adult self, played by San Francisco native Ali Wong. It’s a trippy and fantastical series that’s adapted quite well by the streamer, and is now available on Amazon Prime.

After having to pull the plug midway through its March 2020 in-person programming due to COVID-19, Cinequest returns Aug. 16 and will run robustly through Aug. 29, giving Bay Area cinephiles a chance to take in the 220 films — 130 that are either world or national premieres. That’s a lot of screen time, but there are goodies to be had.

This week, we dive into its first two days of programming — Tuesday, Aug. 16 and Wednesday, Aug. 17 — and then return the following week with our picks on the bulk of what not to miss.

Opening night offers a mind-bending, science-fueled drama, “Linoleum,” and also a presentation to its lead actor, Jim Gaffigan, who will receive the fest’s highest honor — the Maverick Spirit Award. Gaffigan plays Cameron Edwin, a kids TV show host who sets out to realize his own childhood dream of blasting into space. But not everything goes according to plan. The presentation and the screening will take place starting at 7:30 p.m Aug. 16 at the California Theatre in San Jose. (https://tickets.cinequest.org/websales/pages/info.aspx?evtinfo=217031~a12ee803-7eae-437e-8208-1c4d52da2020&epguid=83980c85-25e4-4e57-9648-95e2018763c5&)

The second Maverick Spirit Award will be presented Aug. 17 to the versatile actor/screenwriter Alison Brie, star of such TV hits as “Mad Men” and “GLOW” and such films as Hulu’s “Happiest Season” and “Promising Young Woman.” She stars in and co-wrote the cagey and clever sorta drama, sorta thriller, sorta rom-com “Spin Me Round.”

Brie is terrific as a star employee at a chain Italian restaurant in America. She’s plucked out to take a trip to Italy with others for some team-building and catches the attention of the shifty and handsome owner (Alessandro Nivola). But just what are his ulterior motives, as well as those of someone (Aubrey Plaza) associated with him? Brie reunites with her “Horse Girl” director and cowriter Jeff Baena, and the two concoct another undefinable feature.

If you’ve ever heard a passing reference to (or even read) The Whole Earth Catalog, you might well know about Stewart Brand, the influential creator of that counterculture magazine. Known for being a part of Ken Kesey’s the Merry Pranksters, the 83-year-old is the focus of David Alvarado and Jason Sussberg’s “We Are as Gods.”

“Gods” screens this weekend in both San Francisco (for an extended run) and in San Rafael (for one night only). On Friday, the Roxie Theater welcomes to its Big Roxie stage both Brand and co-director Sussberg after the 6:45 p.m. show. At 7 p.m. Saturday at the Smith Rafael Film Center, that duo will participate in another Q&A, this one moderated by former New York Times journalist and author John Markoff. His book — “Whole Earth: The Many Lives of Stewart Brand” — will also be available for purchase at the Smith Rafael, and he will be signing copies there.