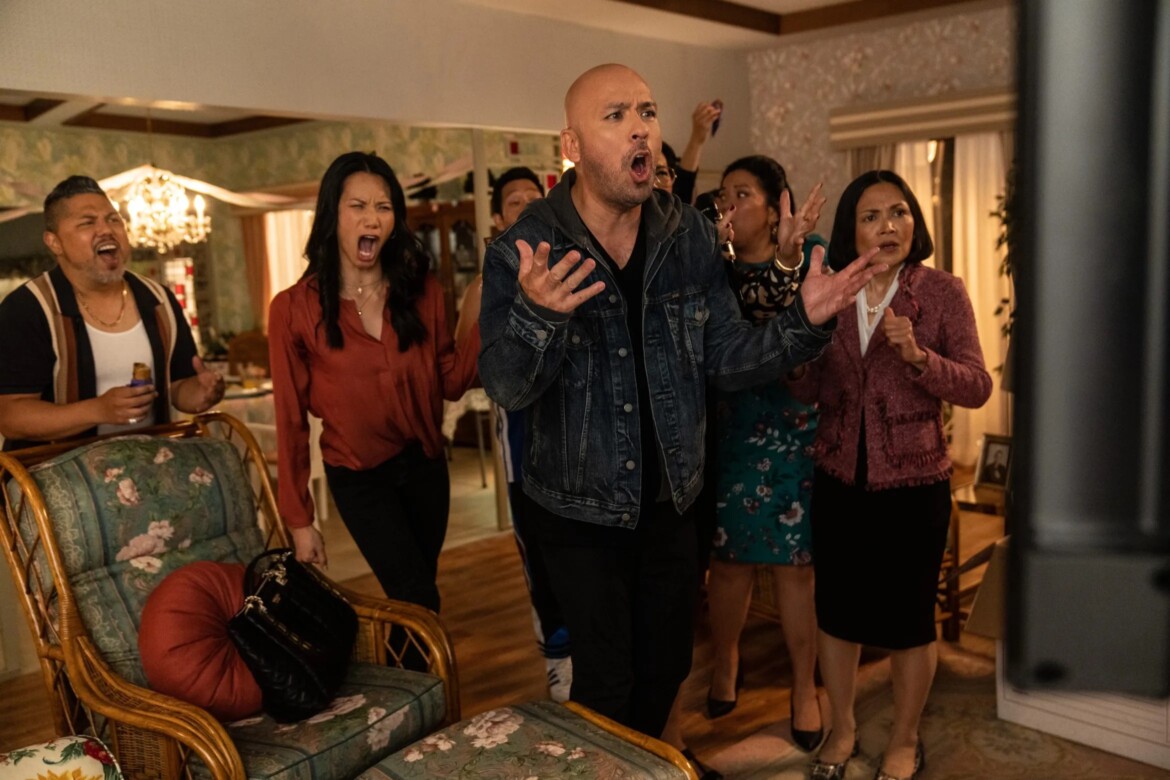 Daly City and San Francisco receive the Hollywood treatment while Berkeley takes it outdoors to spotlight three classics for free. Not enough to please your cinematic palette? How about a retrospective of American filmmaker Samuel Fuller or an immigrant-themed documentary that celebrates daughters making a difference?

We come up with all the details in this week’s Pass the Remote.

Unlike Hollywood, the vibrant Filipino American experience is mostly reflected through the lens of innovative Bay Area filmmakers such as San Francisco native H.P. Mendoza (“Colma: The Musical,” “Bitter Melon” and more) and the talented Pittsburg-born Basco brothers (“The Fabulous Filipino Brothers”). The two created rowdy indie features about family life in the Bay.

Now top-notch comedian Jo Koy — who’s made his mark with popular podcasts, late-night TV appearances, comedy specials and tours — furthers the goal of expanding Filipino American representation from a major Hollywood studio with his Daly City-set “Easter Sunday.” A jaunty comedy/drama about, you guessed it, a Los Angeles comedian and his son taking a road trip to hang with his dysfunctional Bay Area relatives who are stirring up a stew of troubles.

Koy plays a variation of himself in a breezy crowd-pleaser that lacks much of a storyline but has a huge heart and soul — just like Koy and his comedy.

As Joe Valencia, Koy — in his first lead role — makes a lovable leading man, but it’s the hilarious cameo-like characters that the screenwriters, Daly City native Ken Cheng and Kate Angelo, create and the actors play so well that spices up the footloose comedy.

In the snicker-worthy Apple TV+ series “Surface,” the biggest highlights come from seeing shots of San Francisco, including the pier, and watching the performance from the magnetic Gugu Mbatha-Raw (Apple TV+’s much better “The Morning Show”).

She plays wealthy Bay Area socialite Sophie, an amnesiac recovering from a suicide attempt and trying to figure out what drove her – or who drove her – to try to end her life. Hot guys surround her, including hubby James (Oliver Jackson-Cohen) and a cop (Stephan James).

There’s a high gloss look and ominous feel to the production, but I lasted only one episode in an often laughable potboiler that is along the lines of a Sidney Sheldon novel but could have used more Jackie Collins.

As the piecing-it-together Sophie, Mbatha-Raw keeps us interested, but the relentless red herrings and chance encounters require us to abandon logic one too many times. If you can let go and soak in the overly idealized vision of San Francisco and the absurdity of it all, you’re in for a guilty pleasure. But my interest in “Surface” sank. (Now available on Apple TV+)

An annual program that brightens Berkeley’s often-overcast August days is the Berkeley Art Museum and Pacific Film Archive’s free outdoor screen program. The Downtown Berkeley Association partners with the PFA, and this summer’s program is simply delightful. But if it’s your first time going, be sure to bring a warm blanket and a cap.

Unexpected cinematic dance numbers is this year’s theme, “Indelible Moments: May I Have This Dance.”

It kicks off on a high note Thursday with a 1925 silent classic the entire family will enjoy, Charlie Chaplin’s “The Gold Rush.” Considered one of the director’s and actor’s best films, it finds the elastic actor in top form as the resilient Lone Prospector, a poor schmo hoping to strike it rich in Alaska — in the days before the lottery. He confronts one calamity and obstacle after another in his feeble gold-digging pursuits. While it provides ample laughs, “The Gold Rush” remains a stinging, and relevant, takedown of America’s insatiable desire to get rich quick. (Screens 7 p.m. Thursday)

The season’s next selection should appeal to film buffs, particularly anyone enthralled with French New Wave cinema. Jean-Luc Godard’s 1964 black-and-white drama “Band of Outsiders” is a classic and concerns a trio of troublesome students in Paris who stage a crime. Over time, the film’s proven to be an influence on today’s directors, including Quentin Tarantino (the dance number alone has been linked by some to “Pulp Fiction”). Incredible cinematography and an unforgettable score contribute in making “Band of Outsiders” a must. (Screens 7 p.m., Aug. 18)

The final film in the series arrives in “the heat of summer” (at least in Brooklyn where the film’s set). When it came out in 1989, Spike Lee’s “Do the Right Thing” took an explosive look at a topic that many filmmakers fumbled — volatile issues addressing racial tensions in America. Decades later, Lee’s powerhouse is just as reflective of our divisive, hate-fueled times and attitudes. In Lee’s drama, the feature debuts of Rosie Perez and Martin Lawrence, a sweltering day sets off tempers and heightens a feud between Black residents and an Italian pizzeria. Viewed by many to be Lee’s masterpiece, “Do the Right Thing” features an electrifying performance from Perez and the late Danny Aiello, and stays seared in your mind. (Screens 7 p.m., Aug. 25)

Note: The outdoor screen is located on Addison and Oxford streets.

If you prefer cozying up indoors, check out the PFA’s “From the Front Page to the Front Lines: The Essential Sam Fuller” program running from now through the end of August. Known for his rugged genre pictures, Fuller’s oeuvre remains a fascinating one.

On Friday, the Barbro Osher Theatre will be screening his 1952 journalist-themed “Park Row,” a pointed observation about the press (Fuller was a journalist) that’s set around an 1886 brouhaha between two rival newspapers. It screens at 7 p.m.

For tickets and more details on all of those films, visit https://bampfa.org/program/front-page-front-lines-essential-sam-fuller.

If you’re searching for a thoughtful and timely documentary and would like to hear from its up-and-coming director as well as one of the film’s main subjects, venture at 4 p.m. Sunday to a special screening — and a Q&A — for the new Disney Original documentary “Mija” at the Little Roxie Theater in San Francisco. It’s focused on both Doris Muñoz, a driven musician promoter and her latest discovery — Jacks Haupt. Haupt — like Muñoz — isn’t in it for the fame and acclaim; they’re both providing for their undocumented families and their successes affect relatives’ lives. “Mija” is a testament to young immigrant women who are going way beyond themselves to imagine a better world for others. Director Isabel Castro and Muñoz will attend Sunday’s Q&A, conducted by KQED Forum host Alexis Madrigal. Can’t make that? It’s opening Friday at the Roxie. For info, https://www.roxie.com/ai1ec_event/mija/?instance_id=47561.