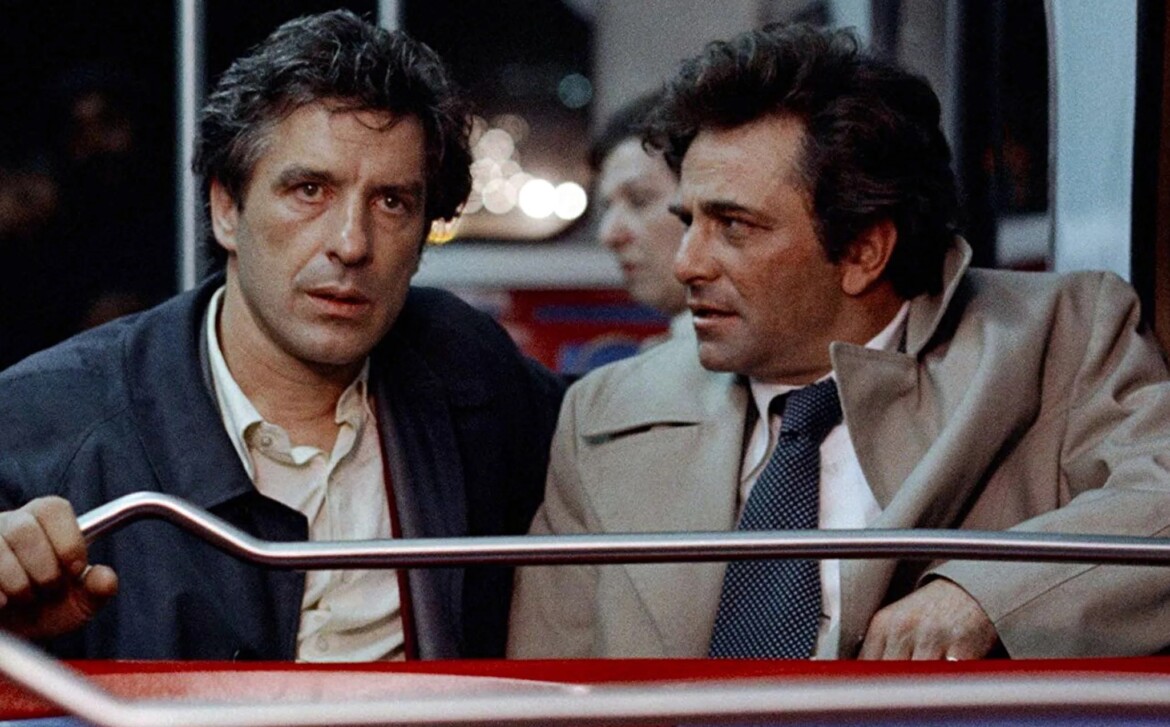 Should you consider yourself a member of the arthouse crowd — film fans who prefer nimble conversation and deep thought over nonstop action and sweat-inducing chills and thrills — better get those calendars at the ready.

The Berkeley Art Museum and Pacific Film Archive recently announced its fall season, and what a cinematic smorgasboard BAMPFA is preparing, a heady showcase of genres and styles that dip into experimental cinema and showcase iconic works from the likes of Pier Paolo Pasolini to the undervalued Elaine May, among so many others.

Pass the Remote gives you the intel on what to expect in the coming months at BAMPFA, so let’s jump right in.

The series launches at 7 p.m. Sept. 8 with Emiko Omori’s “Rabbit in the Moon,” a 1999 poetically rendered portrait that raises the voices of Japanese Americans who boldly protested their WWII internment. Omori and her sister, Chizuko — featured in the film — will be attending. That film will be paired with the 2009 Chris Kennedy 13-minute short “lay claim to an island,” which focuses on the 1969 takeover of Alcatraz by the American Indian Movement.

A few other titles include Cinda Firestone’s 1974 “Attica” (7 p.m. Sept. 23); the San Francisco County Jail-shot “Time Has No Sympathy” (4:30 p.m. Oct. 23) from Kristine Samuelson; and Garrett Bradley’s much-praised “Time” (7 p.m. Nov. 12) from 2020. Certainly, “Staggerlee … A Conversation With Black Panther Bobby Seale” (7 p.m. Sept. 10) will be of particular interest to Bay Area audiences. The hourlong 1970 film was shot in the San Francisco County Jail and finds the Black Panther Party cofounder expounding on a variety of topics.

For the entire lineup, visit https://bampfa.org/program/undoing-time-cinema-and-histories-incarceration.

One of filmmaking’s most underappreciated screenwriters and directors — the 90-year-old Elaine May — receives a well-deserved spotlight at PFA. The “Elaine May: Age of Irony” program (Sept. 9 through Sept. 30) starts with the firecracker acting team of John Cassavetes and Peter Falk playing small-time troublemakers in 1976’s frisky “Mikey and Nicky” (7 p.m. Sept. 9, 7 p.m. Sept. 17), and it ends with her most dubious directorial enterprise — some would call it a debacle — 1987’s big-budgeted flop “Ishtar” (7 p.m. Sept. 30) with Warren Beatty and Dustin Hoffman wandering around in the desert. A few others not to miss: the Neil Simon cynical love story/satire “The Heartbreak Kid” (7 p.m. Sept. 25) with an ideally cast Charles Grodin, Cybill Shepherd and Jeannie Berlin, May’s daughter; May starring, and directing, opposite Walter Matthau in 1971’s “A New Leaf” (5 p.m. Sept. 11); and the delightful 1978 rom-com “Heaven Can Wait” (7 p.m. Sept. 16), for which she co-wrote the screenplay with star and co-director Warren Beatty.

For the entire lineup, visit https://bampfa.org/program/elaine-may-age-irony.

The PFA continues its partnership with “The African Film Festival” (Sept. 7 through Oct. 29) and includes within its eight-film program, the 2021 Afrofuturistic mind-tripper “Neptune Frost” (7 p.m. Sept. 7), the 1986 anti-colonialist historical statement and epic “Sarraounia” (7 p.m. Sept. 22), the intriguing 2021 documentary “The Promises” (7 p.m. Sept. 29) about Malian women who say they are possessed by spirits and Amleset Muchie’s 2019 Ethiopian inspirational drama “Min alesh?,” (5 p.m. Oct. 2) a portrait of a young woman whose everyday life takes an unexpected turn.

For the entire lineup, visit https://bampfa.org/program/african-film-festival.

The two-film series “Rithy Panh in Person” features a Khmer Rogue survivor recounting his experiences during Cambodia’s mid-to-late ’70s genocide while presenting 2013’s “The Missing Picture” (7 p.m. Sept. 24), which uses a mix of multimedia — including clay figures — to slam home the atrocities that were committed, along with his award-winning 2020 documentary “Irradiated” (3:30 p.m. Sept. 25), which shows the insidious boundary-crossing reach of genoicide. “Irradiated” will be receiving a North American premiere.

The Bay Area community’s penchant for making experimental films is on vibrant display in the PFA’s “Alternative Visions” annual series, running from Sept. 7 through Nov. 30. This year, four of the 13 programs have ties to the Bay Area. They include: “The Films That Sang and Cried: Recent Bay Area Experimental Animation” (7 p.m. Sept. 14), which includes seven films that take an unconventional, adventurous approach to their subjects; “Serious Business Company and Bay Area Women Artists” (7 p.m. Sept. 21), which elevates the voices of undervalued Bay Area female filmmakers from the ’60s and ’70s through screenings of their 16mm shorts; a digitally restored version of Steven Arnold’s 1971 “Luminous Procuress” (7 p.m. Oct. 5), the Cockettes-inspired, shot-in-the-Mission-District headtrip featuring two guys who visit a bizarre mansion; and Reid Davenport’s 2022 award-winning immersive experience — filmed from his perspective in a wheelchair as an artist living in Oakland — “I Didn’t See You There” (7 p.m. Nov. 2).

For a full lineup and ticket info, visit https://bampfa.org/program/alternative-visions.

The BAMPFA dips into its archival collection for some better-known and lesser-known works that are part of its Georgian film series. Some of the standouts in this year’s “Georgian Cinema” program (Oct. 29 through Nov. 27) include: Otar Iosseliani’s “Pastorale,” the hailed director’s 1975 portrait of rural Georgian life in a remote village (4:30 p.m. Oct. 29); the 2011 adventurously told “Will There Be a Theatre Up There?!” from Nana Janelidze in which a Georgian family’s odyssey mirrors history (5 p.m. Nov. 12); and Aleksandre Rekhviashvili’s 19th century imaginative reimagining of the life of scholar and philosopher Anthim the Iberian “The Way Home” (5 p.m. Nov. 19).

For a full lineup and to order tickets, visit https://bampfa.org/program/georgian-cinema-highlights-bampfa-collection.

Four new films make up the “In Dialogue With China” program (Oct. 6 through Oct. 27). The PFA spotlights these audacious works: Chan Tze Woon’s celebrated 2022 documentary “Blue Island” (7 p.m. Oct. 6), which casts a sobering spotlight on the reality of Hong Kong today vs. yesteryear; Luo Li’s eloquent “Rivers and My Father” (7 p.m. Oct. 20), which offers striking visual impressions that he evokes from his father’s reflections of living there; the quasi-documentary “Li Wen at East Lake” (7 p.m. Oct. 21), a 2015 feature also from Luo Li that looks at how modern life has changed China’s landscapes and shorelines; and the 2020 award-winner “Mama” (7 p.m. Oct. 27) from Li Dongmei, which reflects a seven-day cycle in a remote village and is viewed from the perspective of a 12-year-old.

The final fall program at the PFA features three restorations as part of “The New Lebanese Cinema of the 1970s and 1980s” program (Nov. 10-17). Those include: “Jocelyne Saab: The Beirut Trilogy” (7 p.m. Nov. 10) the late filmmaker and journalist’s three-film cycle on the Lebanese Civil War, which contains poignant portraits of children during wartime; 1981’s “Beirut, the Encounter” (7 p.m. Nov. 13), concerning two youths — one Muslim, one Christian — exchanging tape recordings that contain each other’s musings about why the fighting carries on during the Lebanese Civil War; and Heiny Srour’s six-years-in-the-making 1984 feminist drama “Leila and the Wolves” (7 p.m. Nov. 17), which brings to light the forgotten and little-told story about the contributions of Arab women in Lebanon and Palestine.