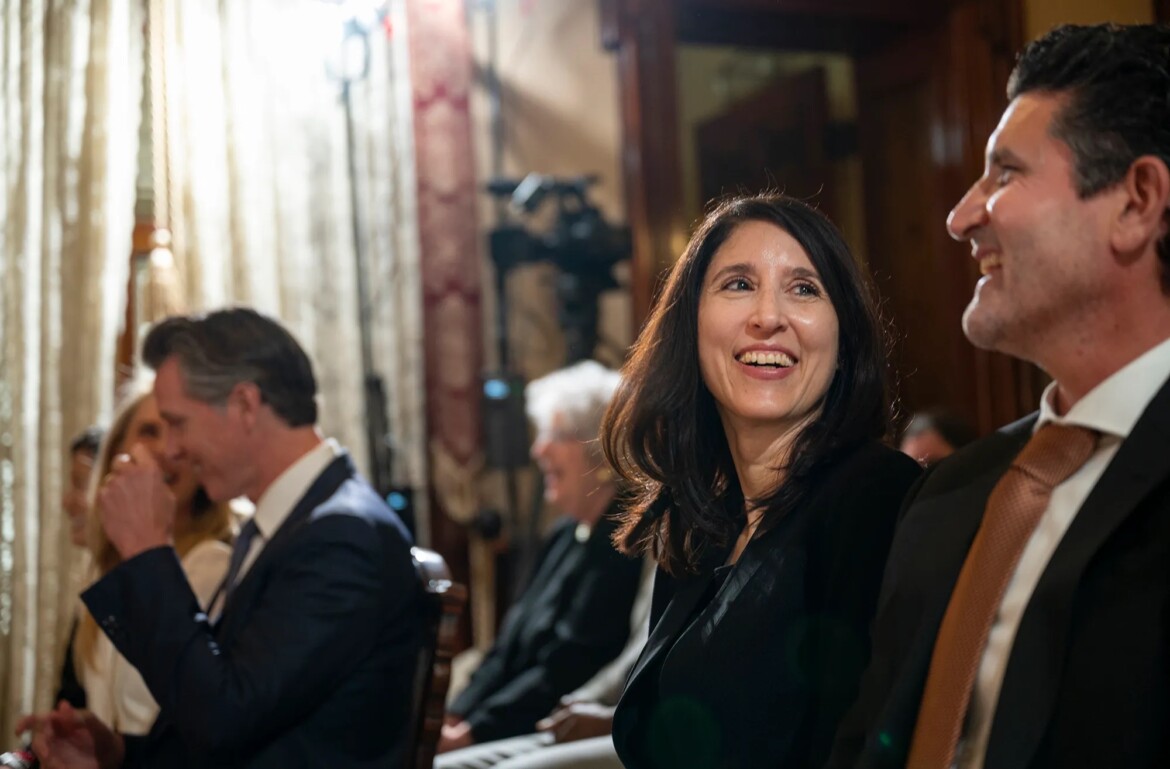 In a state that doesn’t have many Latinas either sitting on the judicial bench or arguing cases before it, Patricia Guerrero would make history as chief justice on California’s highest court.

A former lawyer in private practice, Guerrero was also a federal prosecutor before she became a judge in San Diego County Superior Court and, in 2017, became an appellate judge in California’s Fourth District Court of Appeal. She grew up in the Imperial Valley, and her parents were immigrants from Mexico. She graduated from Stanford Law School.

Newsom called her “a widely respected jurist with a formidable intellect and command of the law.” A colleague at her Fourth District confirmation hearing in 2017 recalled how she finished a brief on her way to give birth to her son, and coordinated filing the brief hours later.

Juan Esparza Loera, editor of the Fresno Spanish-language newspaper Vida en el Valle, said he was surprised by Guerrero’s nomination to chief justice so soon after she was sworn in. But he’s happy he gets to write about another “first-in-history.”

“I’ve been here 32 years, and it’s surprising to me that even in the year 2022, I’m still writing about firsts for Latinos,” Loera said. “I’ll be happy when I start writing about seconds and thirds.”

The numbers in 2022 remain grim for Latinos overall in California’s judiciary. More than 62% of all trial court judges are white, as are more than 70% of appellate court judges.

Latinos, by contrast, make up just 12% of trial court judges and 7% of judges in the appellate court, though they make up 39% of the state.

It’s not a new problem. A CalMatters series last year found significant underrepresentation in many county courts —  and four California counties with no Latino superior court judges, despite the fact that the counties’ populations were majority Latino.

Race alone, of course, does not dictate how someone will rule on cases. Results from studies trying to tease out the link between race or ethnicity and judicial conduct have been mixed.

A Yale study found that having Black judges made white judges adhere more closely to sentencing equity for both Black and white defendants. Cornell Law School researchers found that judges, like everyone else, have implicit biases that can affect their rulings.

And in a 2012 comparative study of white judges and judges of color, a Northwestern University law professor found that white judges were particularly more likely to dismiss cases involving plaintiffs of color than those involving white plaintiffs.

But the way individual judges rule on specific cases matters less than the perception of justice, said Helen Torres, CEO of Hispanas Organized for Political Equality.

A 2016 study in Texas of Latino attitudes on justice after the appointment of Sonia Sotomayor to the U.S. Supreme Court found that Latinos were more aware and approving of the court after her appointment.

“They had more confidence in the judiciary,” Torres said. “It builds trust in the system that represents you.”

When trying to read the tea leaves on the next chief justice, handicappers look at the history of elevating sitting justices versus choosing someone entirely new.

Newsom seemingly split the difference, nominating a sitting justice who was just elevated to the Supreme Court in March.

David A. Carrillo, executive director of Berkeley Law’s California Constitution Center, said in an email that diversifying the court first became a priority under former Gov. Jerry Brown in the 1970s.

“Doing so is crucial to both the perception and the reality that those who administer justice reflect the state’s diversity,” Carrillo wrote. “The judge in my case doesn’t have to look like me, but it shouldn’t be true that there are no judges who look like me.”

Guerrero would be taking on both a judicial and administrative job, said Natasha Minsker, policy advisor for Smart Justice California, which advocates for policies it hopes lessen reliance on incarceration. She would effectively be the head of the third branch of government, and her decisions would have far-reaching consequences.

Minsker pointed to Tani Cantil-Sakauye, the sitting chief justice, who last month announced her plan to retire in January. Cantil-Sakauye was responsible for the judicial orders that closed courtrooms during the onset of the pandemic and instituted zero-dollar bail for some lower-level crimes.

“She had a particular awareness of how difficult the legal system is for people with no resources,” Minsker said. “Rich people have fancy lawyers and get justice. Cantil-Sakauye tried to do something to address that.”

Loera, the Vida en el Valle editor, recalled that one of the first Latino judges in the Central Valley, Armando Rodriguez, came home from World War II and earned a law degree, but found that no one in Fresno would rent him office space. He had to look more than 20 miles away, in Madera.

“When any segment of the community feels they’re being overlooked, they don’t have a trust of the system,” Loera said. “Maybe the courts are ruling correctly 99% of the time, but it’s that perception that does impact how people look at the system.”

“We want to celebrate these firsts, but make sure they’re not the last.”

Evans, 53, of Oakland, was raised by her grandmother in public housing and went on to attend Stanford and graduate from the UC Davis School of Law. A former civil rights attorney and civil division attorney for the U.S. Department of Justice, she was also special assistant to the attorney general at the California Department of Justice from 2017 to 2019.

Then she became Newsom’s chief deputy legal affairs secretary. Among her influences there, according to the governor’s office: helping shape Newsom’s moratorium on capital punishment.

“She might be the only future Supreme Court justice that has direct experience working on police use-of-force cases,” Minsker said. “We need a California Supreme Court to counterbalance what’s happening at the U.S. Supreme Court, if we’re serious about protecting our rights.”

Both nominees must be confirmed by the Commission on Judicial Appointments, and California voters in November will be asked to confirm Guerrero for a 12-year term.