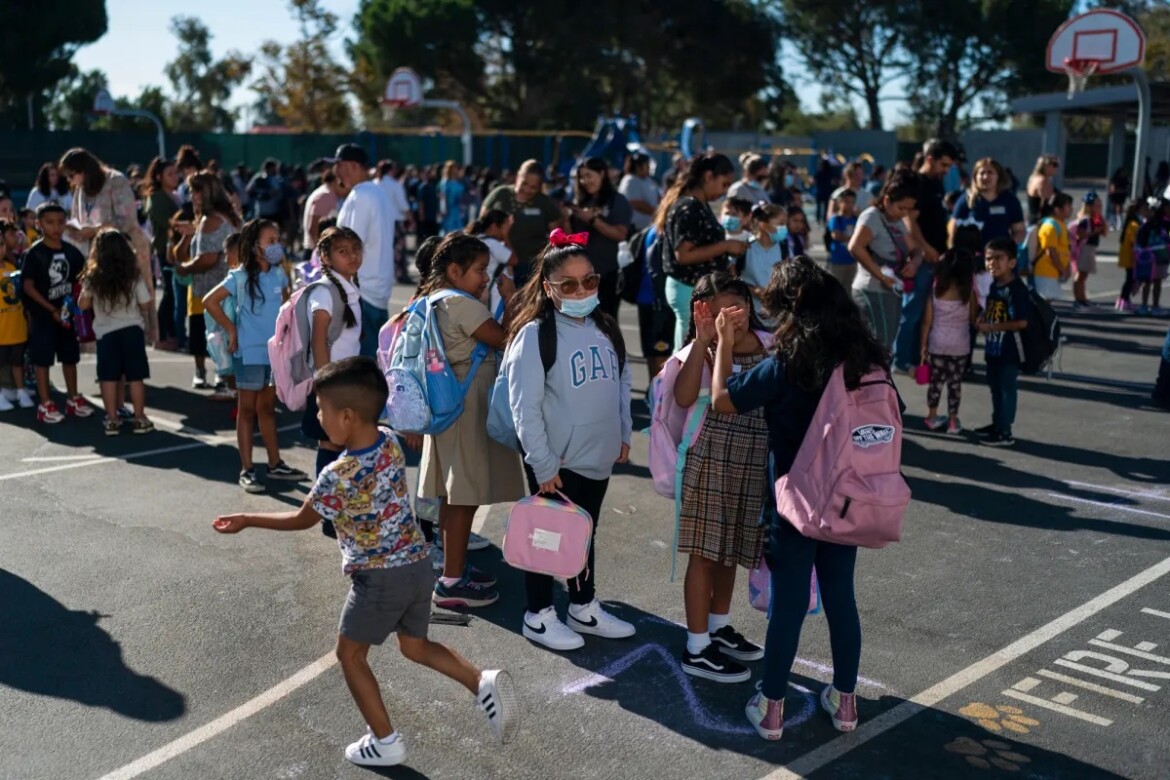 Students wait in line before heading to their classrooms on the first day back at school at Sunkist Elementary School in Anaheim on Aug. 11, 2022. Photo by Jae C. Hong, AP Photo

“Everything Everywhere All At Once” is the name of a 2022 film, but it could also describe the cascade of changes confronting California schools as they welcome students back to campus after more than two years of pandemic-disrupted education.

Although many COVID restrictions have loosened — most schools have ended mandatory testing programs, made face masks optional and aligned with the state in delaying enforcement of student coronavirus vaccine mandates until July 1, 2023 at the earliest — districts are contending with plenty of other new policies. On top of that, they’re taking precautions against the low risk of monkeypox transmission on campus and helping kids catch up on delayed health screenings and immunizations.

One of the biggest shifts: a state law that went into effect July 1 requiring middle schools to start no earlier than 8 a.m. and high schools no earlier than 8:30 a.m, though campuses can also offer “zero period” classes earlier in the morning.

Supporters of the first-in-the-nation policy, which Gov. Gavin Newsom signed into law in 2019, cite what they say is “overwhelming research” showing that later school start times result in kids sleeping more, which improves their health and academic performance.

But some educators have warned that delaying school start times could have unintended consequences — a point corroborated by dispatches from districts complying with the law for the first time. Hurdles include:

But others see promise in delaying school start times. Garden Grove Unified School District, for example, is expanding early morning programming to include free tutoring and sessions on art, fitness and mindfulness.

Among the other massive shifts in California’s public education system: