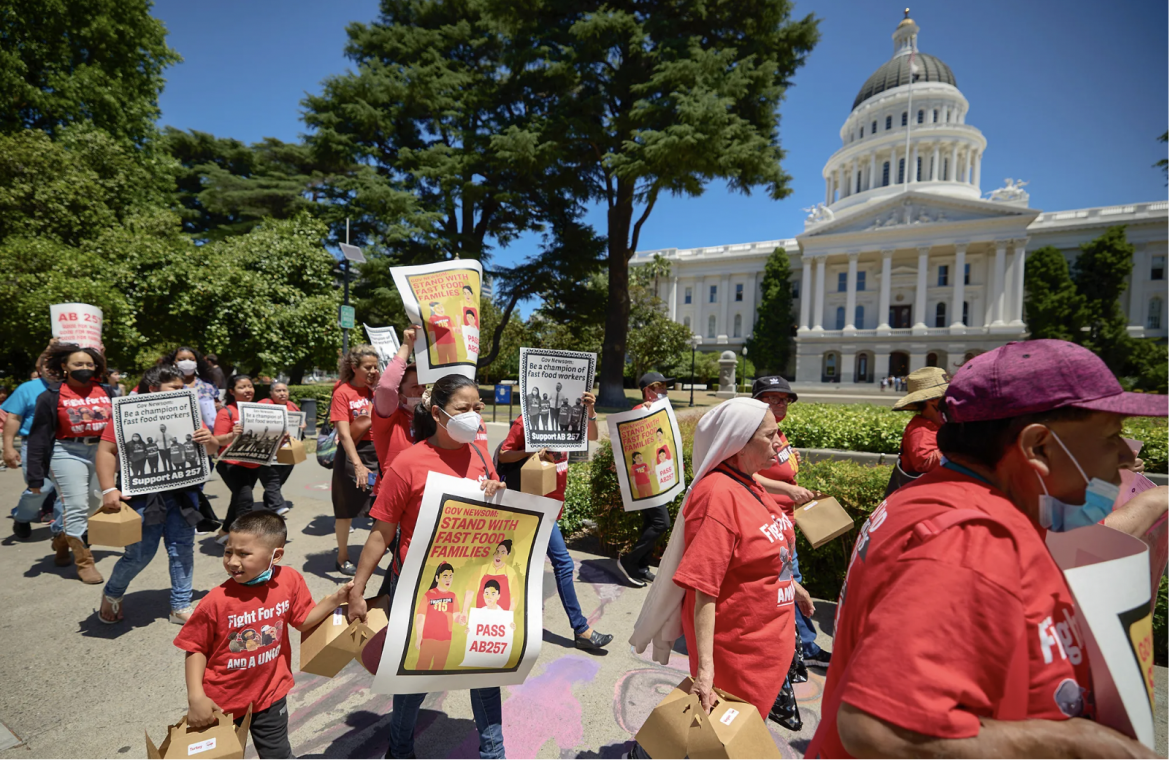 Fast-food workers and other SEIU members marched to the Capitol to deliver postcards and petitions in support of Assembly Bill 257 to the governor's office on May 31, 2022. Photo by Fred Greaves for CalMatters

Welcome to the final countdown.

Today, state lawmakers will reconvene in Sacramento after a month-long summer recess — during which some traveled abroad on trips funded by special interest groups that lobby them on various issues — for the final, frenzied month of the legislative session.

Legislators face an Aug. 31 deadline to determine the fate of hundreds of bills. Hanging over the high-intensity process is the Nov. 8 general election, which could affect how some lawmakers — especially those vying for contested seats in the state Assembly and Senate — vote on hot-button proposals.

In a preview of the difficult decisions facing lawmakers, hundreds of fast food workers were set to rally at the state Capitol Sunday night in support of a bill that would permit the state to negotiate wages, hours and work conditions for an industry that employs an estimated 700,000 people. A similar measure failed to pass last year.

The proposal, backed by labor unions and opposed by business and restaurant groups, has divided Democrats, some of whom are wary of broadly extending liability for labor violations from fast food franchise owners to the corporate chains they work with, CalMatters reporter Jeanne Kuang notes.

But that’s just one of the many controversial bills before lawmakers, some of which face votes as soon as today. Here’s a look at some of the key bills CalMatters is watching, broken down by subject area: