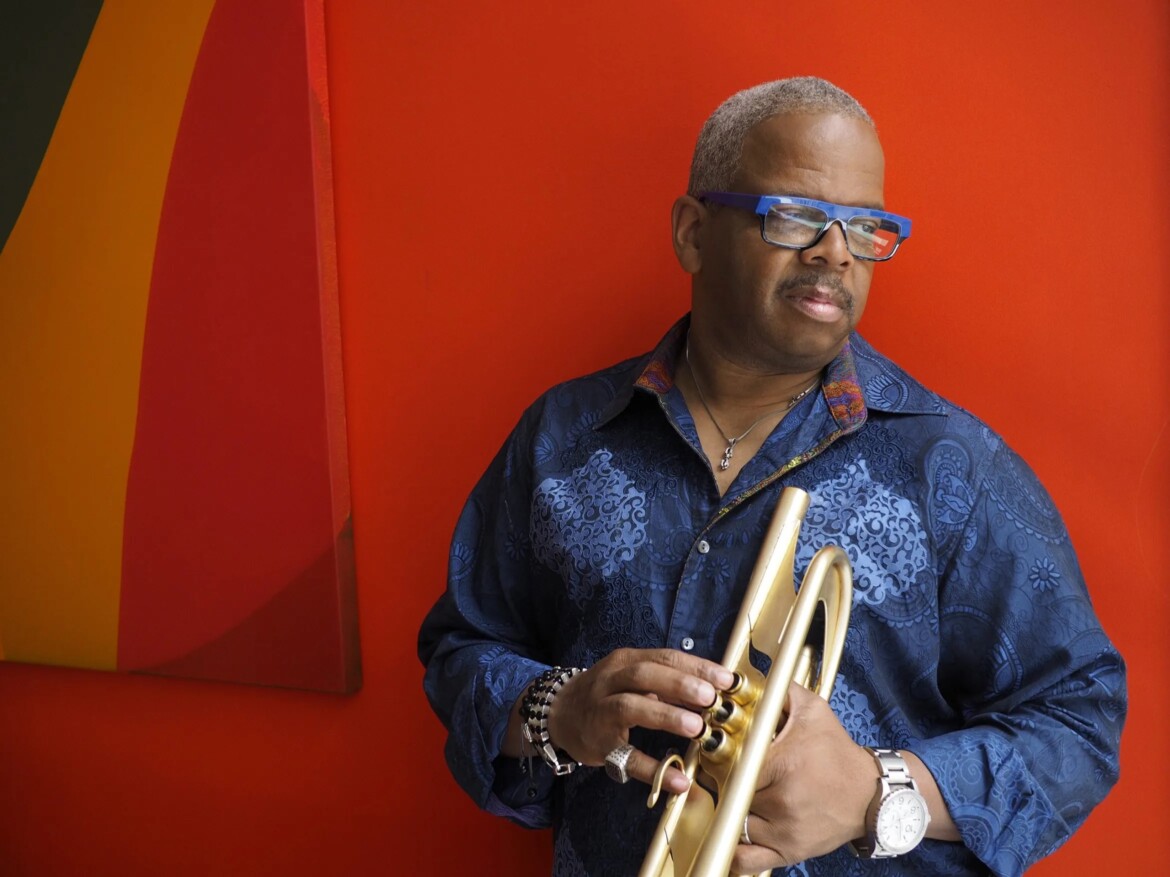 Trumpeter, composer and bandleader Terence Blanchard brings his opera “Fire Shut Up in My Bones” to SFJazz during a mini-residency running Thursday-Sunday. (Photo courtesy Terence Blanchard)

Back to his roots: Los Angeles Philharmonic conductor Gustavo Dudamel can’t be anything but thrilled about the upcoming concert he will be leading Thursday night in Berkeley’s Greek Theatre for Cal Performances. The renowned maestro — he of the dimpled cheeks, the curly mop top and the irrepressible energy at the podium — is bringing the Encuentros Orchestra, more than 100 young musicians from 22 countries who were participants in El Sistema-inspired music education programs like the one that he experienced in his native Venezuela, to the open-air amphitheater for a concert that will feature jazz vocalist and bassist Esperanza Spalding and her trio as special guests.

Spalding, who won a best jazz vocal album Grammy this year, will perform Wayne Shorter’s “Gaia,” the selection she and the trio brought to the San Francisco Symphony’s season-opening gala last year. Also on the program is the Bay Area premiere of “Encuentro Obertura Festiva” by composer Giancarlo Castro D’Addona, himself a product of El Sistema, and Dvorak’s most famous symphony, the No. 9, “From the New World.” Concert time is 8 p.m., and tickets, $45-$150, are available at https://calperformances.org/ or (510) 642-9988.

The Merolini do Mozart: We just love to let it roll off our tongue in the original German: Mozart’s “Die Zauberflöte” (aka “The Magic Flute”), the ebullient opera featuring an abducted beauty, a feather-clad wacky bird catcher and a scheming Queen of the Night, is the second offering of the Merola Opera Program’s 2022 season, playing at 7:30 p.m. Thursday and repeating at 3 p.m. Saturday at the Yerba Buena Center for the Arts, 700 Howard St. in San Francisco.

All cast members are this year’s enrollees in the San Francisco Opera’s renowned apprenticeship program. Soprano Chelsea Lehnea is the abductee Pamina; tenor Sahel Salam is Tamino, the foreign prince who falls in love with her picture; baritone Scott Lee is the befeathered Papageno; and soprano Maggie Kinabrew takes on those famously stratospheric high notes as the Queen of the Night. For tickets, $56-$81, visit https://merola.org/calendar or call (415) 864-3330.

Ukulele greatness: You don’t have to be a ukulele connoisseur to appreciate Taimane Gardner, such is the extent of her virtuosity and utterly compelling stage presence. The 33-year-old musician and songwriter, who uses Taimane as her stage moniker, is already a global phenomenon; she made her debut at England’s Glastonbury Festival of Contemporary Performing Arts in June. But she has certainly paid her dues. She began playing the ukulele at age 5 and trained at the renowned Roy Sakuma Studios, before being discovered by Hawaiian music legend Don Ho and mentored by all-world ukulele wizard Jake Shimabukuro. After becoming an in-demand act in her hometown of Honolulu, Taimane hit the recording studio and has released five albums.

Her repertoire is all over the map, a mix of her own originals as well as imaginative covers of classical works, rock and jazz standards, traditional Hawaiian tunes and flamenco and other world music tunes. Her current world tour brings Taimane and her band to Berkeley’s Freight & Salvage at 8 p.m. Thursday. Proof of vaccination is required, and masks must be worn in the theater. Tickets are $26-$30; go to https://thefreight.org/. If you can’t make the show, check out the musician’s YouTube channel, https://bit.ly/3BCAXfZ, which offers a great look at her outsize talent and flair for performing. Her NPR Tiny Desk Concert clip garnered more than 1 million views.

From the Met to SFJAZZ: When Terence Blanchard’s 2019 opera “Fire Shut Up in My Bones” opened the 2021-’22 season at the New York Metropolitan Opera, it marked the first time the esteemed company had presented a work by an African American composer. With a libretto by actor/writer/director Kasi Lemmons, “Fire” is based on the memoir of the same name by outspoken journalist/commentator Charles M. Blow about his Louisiana childhood.

Now Blanchard is bringing a revised, chamber-opera version of the work to SFJazz, where he will be accompanied by his E-Collective quartet and the San Francisco-based Turtle Island String Quartet (with whom he has collaborated before), as well as soprano Karen Slack and baritone Will Liverman and video artist Andrew Scott. “Fire” will be performed at 7:30 p.m. Saturday and 7 p.m. Sunday ($35-$75), and is only part of Blanchard’s run at SFJazz. At 7:30 p.m. Thursday and Friday, Blanchard joins with the E-Collective and Turtle Islanders to showcase the trumpeter’s 2021 Blue Note album “Absence,” a work dedicated to jazz legend Wayne Shorter ($30-$70). Proof of vaccination is required, and masks must be worn in the theater. Go to https://www.sfjazz.org/.

Incidentally, this is not the first time Blanchard has ventured into the opera business. His 2016 work “Champion: An Opera in Jazz,” which tells the tragic story of boxer Emile Griffith, was performed with Opera Parallele at SFJazz (and you can stream the production on the center’s website).

The Bard vs. Jane Austen: After two years lost to the pandemic, Silicon Valley Shakespeare is back in action offering outdoor productions representing two playwrights who are favorites of the warm-weather theater season — Shakespeare and Jane Austen. The Bard’s “Measure for Measure,” which has already opened and plays through Sept. 2, is technically a comedy, full of satire and sarcasm and Shakespeare’s brilliant wordplay, but there is some seriously dark stuff going on, and in some ways, the play seems painfully relevant, with its portrayal of power, corruption and misogyny run amok. A central storyline has a powerful duke commanding a desperate woman to surrender her virginity or lose her beloved brother.

A much gentler but no less insistent form of misogyny exists in “Sense and Sensibility,” which opens Friday and runs through Sept. 4. Adapted from Austen’s novel, it centers on the Dashwood sisters who, after the death of their father, are left financially destitute. This being early 19th century England and all, they can hardly create a hot coding firm and make a killing at the IPO; they are reliant on marriage for financial security. But clever romance is the true star of the story, and “Sense and Sensibility” remains one of Austen’s more cherished novels. And this popular adaptation is by acclaimed actor/playwright Kate Hamill. Performances are at Sanborn County Park, Saratoga; admission is $20-$50 (free for those 17 and under). Tickets and more information are at https://www.svshakespeare.org/.