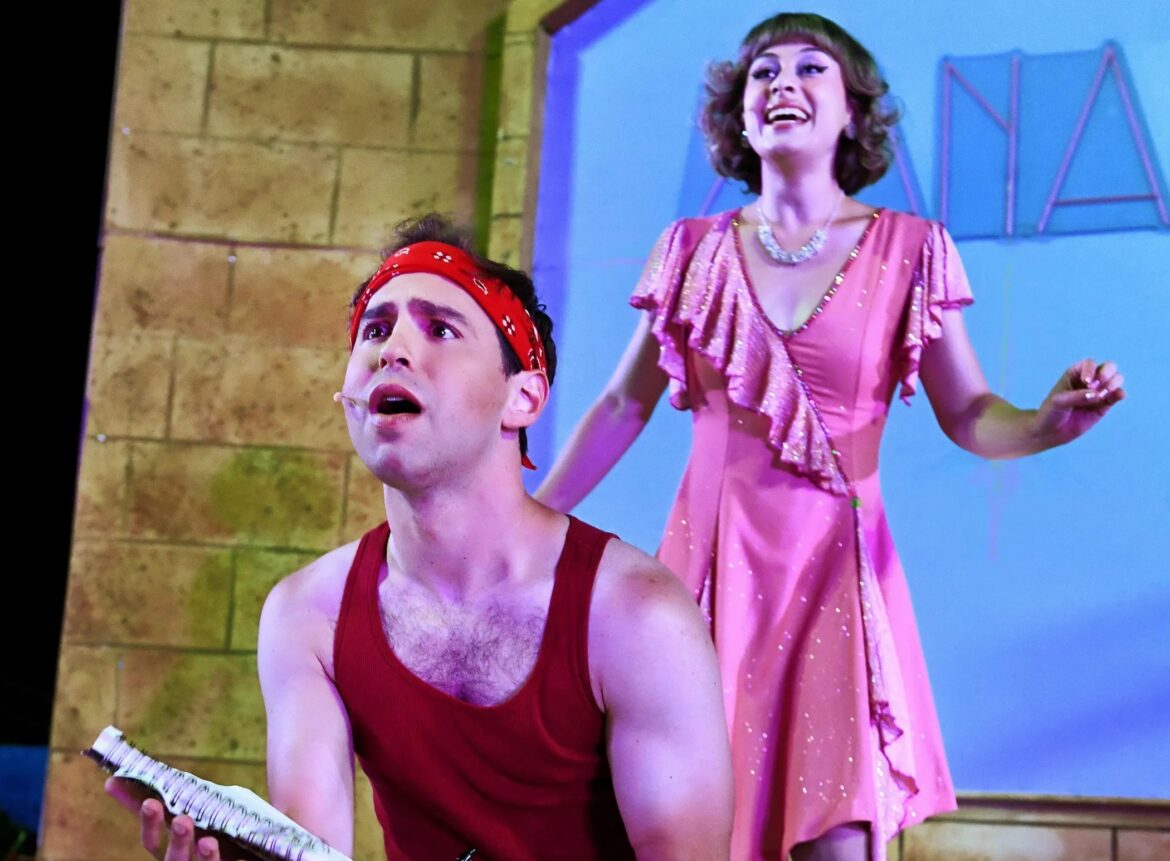 A chronicler of the COVID: Coming to the Mechanics’ Institute at 6 p.m. Thursday is Berkeley author, illustrator and raconteur extraordinaire L. John Harris, whose recently published “My Little Plague Journal” (Villa Books) is, believe it or not, a highly entertaining account of how he passed the calamitous couple of years just behind us. Part sheer whimsy and part collection of some sobering historical facts, his 127-page journal is also jam-packed with literary references and idiosyncratic graphic images and photos that cast the events of the pandemic in a highly unique perspective.

One of the first is his panel of six colorful cartoons that trace the gradual decay, over a year’s time, of a healthy potato that devolves into a spiky, shrinkled sphere that resembles the coronavirus. Harris is also a publisher himself, a confirmed foodie who cofounded the Gilroy Garlic Festival and the curator of a collection of classical guitars that he donated to the San Francisco Conservatory of Music. We get the feeling he is a cosmopolitan connoisseur of many things.

Admission to his talk is $5-$10 on a sliding scale; register at https://www.milibrary.org/. The event takes place on the fourth floor meeting room of the library at 57 Post St. in San Francisco.

Politically purposeful movement: Lenora Lee Dance, a company that combines contemporary dance with film, music and narrative to create works that comment on immigration, incarceration and global conflict, presents the world premiere of “In the Movement” for a run at the ODC Theater that opens at 8 p.m. Thursday and continues through Sept. 11. Co-sponsored by Asian Improv aRts and the Asian Pacific Islander Cultural Center, the multimedia piece focuses on family separation and ICE detainments and detention and the oppressive system that keeps victims trapped in its cycles. Multiple voice-overs from those affected and their advocates will be presented.

In the ‘Know’: These are heady days for Berkeley playwright Jonathan Spector. His acclaimed comedic play “Eureka Day,” which got its world premiere at Berkeley’s Aurora Theatre in 2018, is set to open next week at London’s famed Old Vic theater, starring Oscar-winner Helen Hunt, who’s making her London theater debut for the production.

The play, about a dispute over vaccination at a Berkeley private school practically choking on political correctness, has been drawing raves practically everywhere it goes. During its successful off-Broadway run, the New York Times called “Eureka Day” “not only one of the funniest plays to open this year, [but also] one of the saddest.”

Now Aurora Theatre is about to debut another new play by Spector. “This Much I Know” is described as a time-jumping investigation of the notion of culpability, weaving together a missing wife, the defection of Stalin’s daughter to America, a white supremacist plagued with doubts and an accidental killer suffering from guilt.

“This Much I Know” plays in previews Friday through Wednesday, with the main run set for Sept. 8 through Oct. 2. Tickets are $20-$78. Aurora Theatre is at 2081 Addison St. in Berkeley. Go to https://www.auroratheatre.org/.

It’s simply ‘Magic’: Relevance, integrity and artistic excellence are all perfectly wonderful things to encounter at the theater. But sometimes, you just want to roll around in the cheese.

How else can you explain why someone created the stage musical “Xanadu”? It’s an adaptation of a movie that was so deliciously awful it helped inspire the creation of the Golden Raspberry Awards, which annually salute the worst movies of the year. The story revolves around a sappy love triangle, a struggling artist with a heart of gold and Greek muses who roller-skate around. Or something. More important are some catchy pop-rock tunes penned by Olivia Newton-John (who starred in the film) and the Electric Light Orchestra, as well as a sense of innocence that charms to this day.

Which brings us to San Jose Playhouse, which is presenting the stage musical “Xanadu” in all its goofy glory, including those catchy songs, which include the title tune as well as “Magic,” as well as a couple of additional great Electric Light Orchestra tunes that were thrown into the stage show because, well, why not? One of the nicest parts of the San Jose Playhouse production is that it’s outdoors, on the roof of a garage adjacent to its usual home, 3Below Theaters. The show feels even more nostalgic these days with the recent passing of Newton-John, to whom the production has been dedicated.

The show runs through Sept. 11. Tickets are $35-$55; go to https://sanjoseplayhouse.org/. And if you want to catch that original movie, it’s playing 7 p.m. Thursday at the New Parkway Theater in Oakland (https://www.thenewparkway.com/).

The Joji phenomenon: Japan-born George Kusunoki Miller became a YouTube phenomenon after moving to the U.S. in 2011. On channels with names like TVFilthyFrank, TooDamnFilthy and DizastaMusic, he posted outrageous videos full of hip-hop satire, bizarrely funny rants about all sorts of topics, strange stunts, dancing and ukulele performances. Under the moniker Pink Guy, he also released two shock-comedy albums.

But by 2017, he’d apparently had enough of being a YouTube novelty act and changed course. Adopting the moniker Joji, he reinvented himself as a singer and musician and has dropped two albums, “Ballads 1” (2018) and “Nectar” (2020), with a third release, “Smithereens,” due in November.

The upcoming album has already spawned a Billboard Top 10 single “Glimpse of Us.” His sound blends hip-hop, R&B and electronic pop around a smooth, moody voice that sticks mostly to dark ballads and mildly uptempo numbers as he croons about desperate love, heartbreak and life in the digital age. His other best-known singles include “Yeah Right” and “Slow Dancing in the Dark.”

Joji this week embarks on a concert tour behind “Smithereens,” which opens with shows at 6:30 p.m. Thursday at Stanford University’s Frost Amphitheater ($59.95-$99.95; https://live.stanford.edu/) and 8 p.m. Friday at the San Francisco’s Bill Graham Civic Auditorium ($59-$120; https://apeconcerts.com/). Also on the bill at both shows are hip-hop artists Rei Brown and SavageRealm.