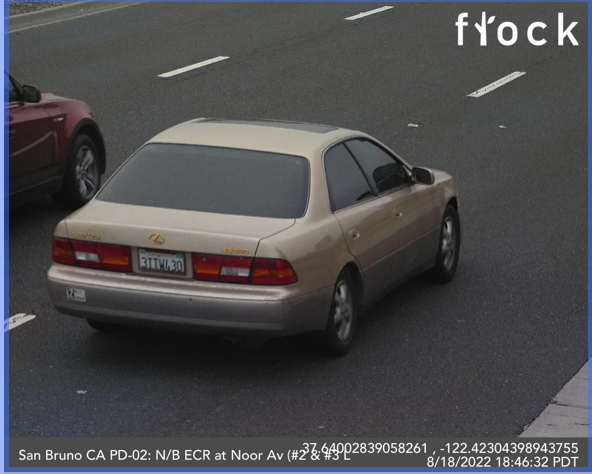 Police are searching for this vehicle.

From a Piedmont Police Department press release on Aug. 19.

On Friday, August 19, at approximately 12:55 p.m., an armed robbery occurred on Hillside Ave. between Blair and Oakland Avenues. The victims were sitting in their construction van having lunch when they were approached by the two suspects. The suspects were described as black men, tall and thin, dressed in dark clothes and wearing dark masks. They displayed an assault rifle and the other a handgun and demanded cash and tools from the victims. The victims were not injured. The suspects fled with some cash and entered a four-door Lexus with a license plate of 3TTW430. The suspect vehicle is outstanding at this time.

The Piedmont Police Department is actively investigating this crime and requests any possible information you may have be directed to Detective George Tucker at (510) 420-3013 or (510) 420-3000. If this vehicle is seen,
call 911 immediately.