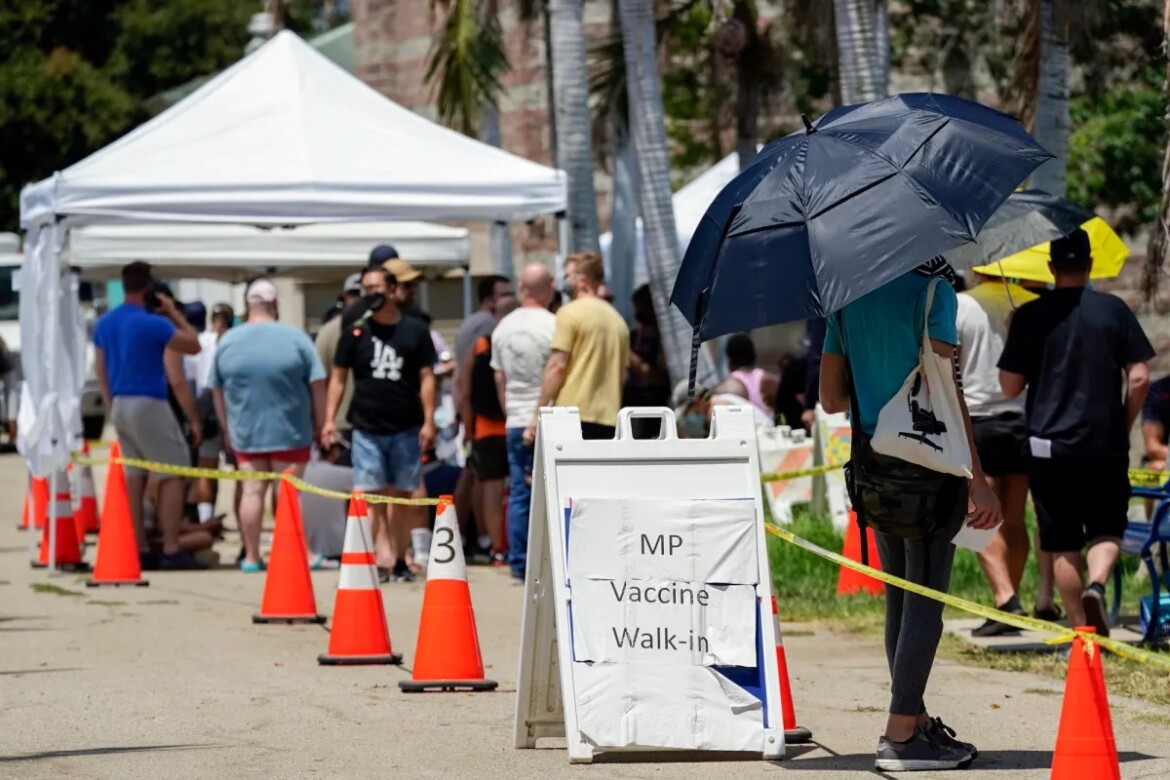 People line up at a monkeypox vaccination site in Encino on July 28, 2022. Photo by Marcio Jose Sanchez, AP Photo

As one of California’s public health emergencies appears to be subsiding, another is emerging.

Los Angeles County public health officers, who had been poised to take the controversial step of reinstating a universal indoor mask mandate as soon as today, announced Thursday they would not proceed with that plan due to improving coronavirus infection numbers and stabilizing hospitalization rates. (The BART board of directors, however, voted Thursday to reinstate the Bay Area public transit agency’s mask mandate through Oct. 1.)

The move came the same day that San Francisco declared a state of emergency over monkeypox, which will allow Mayor London Breed and other officials to more quickly funnel more resources into the city’s response to a virus that has disproportionately affected gay and bisexual men and transgender people. Demand for the monkeypox vaccine in San Francisco has consistently outpaced supply, with clinics closing earlier this week due to a shortage of shots.

The question: Will California will follow in San Francisco’s footsteps? State Sen. Scott Wiener, a San Francisco Democrat, on Wednesday urged both the city and the state to declare a monkeypox state of emergency.

California had 786 reported probable and confirmed monkeypox cases as of Thursday. A little more than 47,200 vaccine doses had been distributed to local health departments as of July 19, according to the state Department of Public Health.