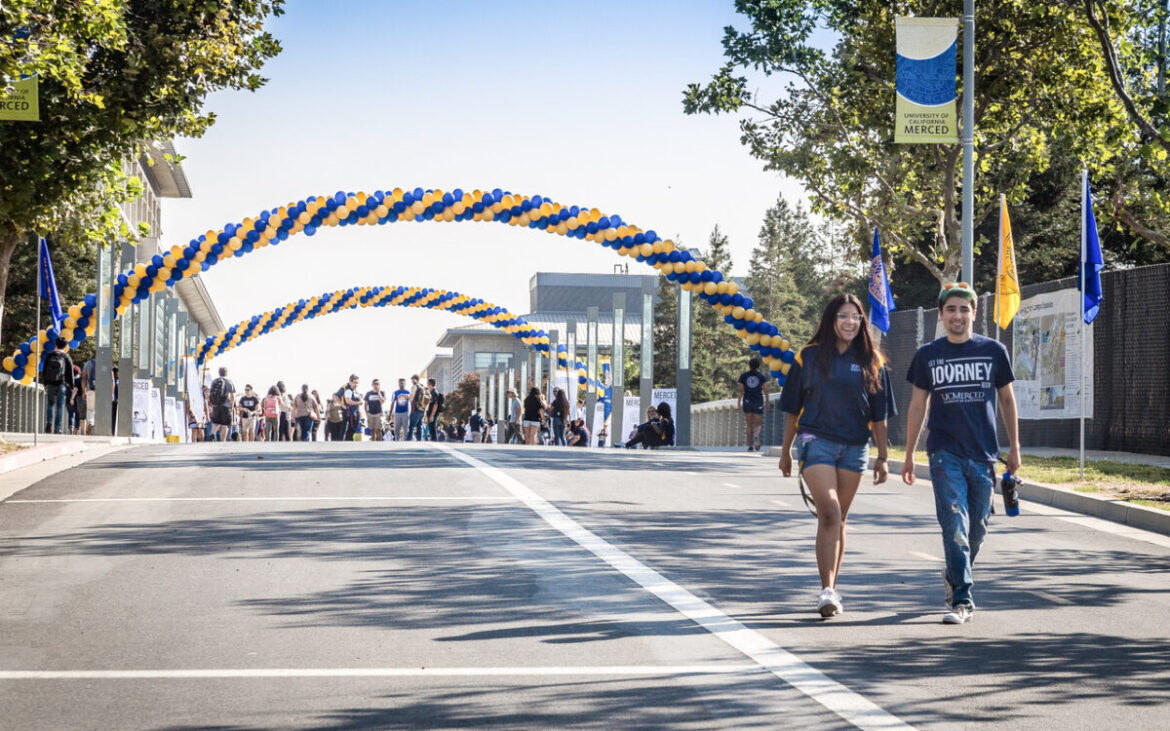 The University of California is seeking to add more than 20,000 students by 2030 and plans to get there by expanding online and summer programs and by concentrating growth at certain campuses, including Merced and Riverside.

Those details are included in UC’s 2030 Capacity Plan, which will be presented this week to the university’s Board of Regents.

Also during this week’s meeting, UC officials will present recommendations to improve the transfer pipeline between California’s community colleges and UC campuses. The recommendations include increasing the number of those students who apply and ultimately enroll at UC. Improving the transfer process is a key piece to expanding enrollment at UC campuses including Riverside and Merced, which plan to increase transfer recruitment efforts at nearby community colleges.

UC’s long-term goals for expanding enrollment come as the system of nine undergraduate campuses faces surging demand from California students but not enough spots to accommodate all of the state’s qualified applicants.

“The University has a responsibility to train the next generation of doctors and nurses, judges and lawyers, business leaders, elected officials, researchers, and faculty — ones that reflect California. We recognize the demand for a UC education is great,” wrote Michael Drake, UC’s systemwide president, and the chancellors of UC’s campuses in a letter included in the report.

UC says the proposed growth would be the equivalent of adding another campus, but without taking on the costs to build a new campus.

Overall, the proposed growth in the 2030 plan would be 23,055 students by 2030, a figure that includes both undergraduate and graduate students. UC projects it would seek about $324 million in state funding to add that many students. UC separately projected an “aspirational plan” for enrollment growth that would see the system add 33,260 students by 2030. That plan would require an additional $114 million.

UC is zeroing in on increasing enrollment through what it calls non-traditional growth strategies — including online and summer programming — because several of the system’s campuses have limited ability to add more on-campus students. The report says UC will need additional state funding to ensure the increased online classes are high quality.

The report notes that after most classes shifted online at the onset of the pandemic, 45% of instructors who previously taught online classes and 60% of students who previously took online courses reported that remote instruction during the pandemic was not of the same quality.

“Instructional designers, production and multimedia specialists, and other support is needed to produce high-quality online education,” the report states.

At UC Santa Cruz, where enrollment is projected to grow by 1,653 students, on-campus growth “is constrained by physical space limitations,” such as insufficient housing and classrooms. Thus, the campus is working to create more online degree programs. By 2023, it hopes to launch a new bachelor’s degree program in creative technologies that would be online. And by 2030, it hopes to develop between three and five fully or partially online undergraduate or master’s programs. That could result in an additional 500 to 1,000 undergraduate students.

Irvine, one of UC’s most competitive campuses, also has limited opportunities for on-campus growth but, by 2030, plans to expand its online offerings by 20% during the fall, winter and spring quarters and by 50% during the summer. Berkeley, UCLA and San Diego also plan to increase online offerings.

Another major piece to growing enrollment across UC is expanding summer programs: About 15% of the system’s proposed undergraduate growth is through summer classes.

In those regions, “educational attainment levels and per capita income are well below the state average,” trends that UC wants to help reverse, the report notes. “In addition, projections indicate that the Inland Empire and San Joaquin Valley will grow much faster than other areas of the state,” the report adds.

Under UC’s projections, enrollment at Merced would grow by 3,723 students by 2030, bringing overall enrollment at the campus to about 13,000 students.

One way Merced will accomplish that is by recruiting more transfer students. The campus plans to target 14 community colleges in the Central Valley and partner with them to create new transfer degree pathways. Those new programs will focus on the region’s needs, including agricultural technology, health sciences and education.

As Merced considers ways to increase transfers, officials in the central offices for UC and the 116-community college system are recommending ways that the two systems can improve their transfer pipelines. The systems in 2020 convened a task force to consider transfers and this week are presenting that task force’s final report to the regents.

In addition to recruiting more transfer students, Merced also plans to expand the automatic admission program it has with the Merced Union High School District to more regions.

At the Riverside campus, an additional 2,691 students would be added by 2030 under UC’s plan, bringing its total enrollment to nearly 30,000. Riverside’s plans include expanding dual enrollment programs with local high schools, growing its graduate student population by nearly 900 students and developing a program where students would automatically matriculate from high school to a nearby community college and then transfer to Riverside.

The report notes, however, that in order for Riverside to provide a quality education to more students, physical upgrades to the campus are needed. The UC central president’s office has calculated that Riverside already has 4,450 fewer classroom seats than it should with its current enrollment.

“Capital investments and deferred maintenance for existing buildings are critical to meet the needs of our current capacity and to support further enrollment growth,” the report states.