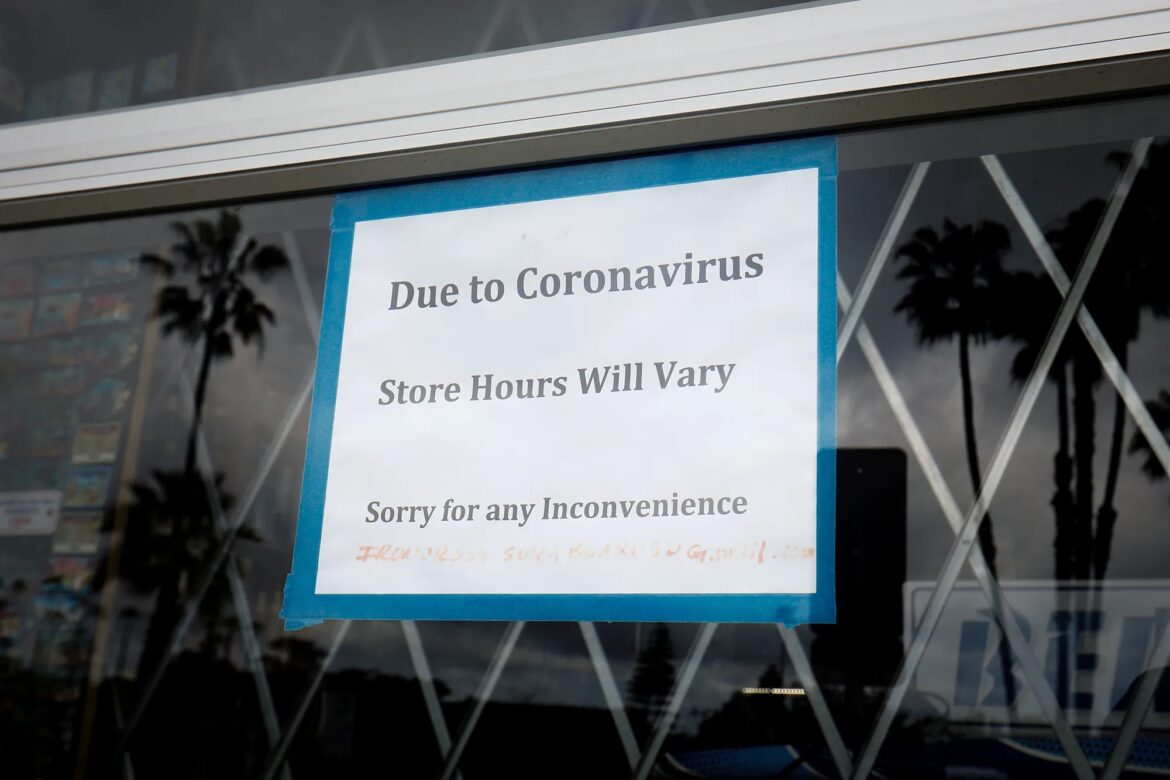 A closed sign on the window of a beach sports store during the initial outbreak of COVID-19 in Encinitas on April 9, 2020. REUTERS/Mike Blake

Which would you choose: free money you get to keep, or money you need to pay back with interest?

That was the easy decision some small businesses got to make when California rolled out two financial assistance programs around the same time in late 2020, according to a recent report from the Little Hoover Commission, an independent oversight agency.

About a week later, Newsom said the state would also distribute grants to small businesses impacted by the pandemic.

“Loan funds can’t compete with free money,” said Scott Wu, executive director of California’s IBank, a financing agency within the Governor’s Office of Business and Economic Development, which provided the initial cash for the fund.

On top of grants from the state, forgivable Paycheck Protection Program loans were available from the federal government. So, the IBank and the business groups it was working with took a step back from marketing the loan program, Wu said.

Demand for the loans was “much lower” than anticipated, he said. At the outset, architects of the loan fund expected it would reach a size of between $250 million and $500 million. So far it’s raised just $114 million, said Beth Bafford, vice president at Calvert Impact Capital, which arranged the fund.

The Rebuilding Fund has distributed about $71 million in loans to about 1,200 businesses in California, the vast majority of which have gone to businesses with 10 or fewer employees, according to the report.

Businesses across the state didn’t take advantage of the program equally. In 19 counties, nobody received a loan, according to the report. In several counties, just one or two businesses got one. All businesses that completed applications and met eligibility and credit requirements received the loan, said Bafford.

Two-hundred-two loans totaling about $15 million went to businesses in San Francisco County, according to the report. Businesses in that county received 17% of the total funds distributed so far, despite being home to 2% of Californians.

That’s because San Francisco built on top of the state’s program, investing $4 million of its own money, $2 million of which went to paying down interest. That enabled the city to offer zero interest loans to businesses, said Kate Sofis, director of the city’s Office of Economic and Workforce Development.

Without the zero interest loans, far fewer businesses would have made use of the fund, Sofis said. And, she said, the city plans to invest another $1 million of its own money into the program.

Lots of other municipalities and counties decided to run their own grant programs for small businesses instead, said Bafford.

Fresno, for example, set up its own grant program, said Tate Hill, executive director of Access Plus Capital, a small business loan fund that serves Central California. Another factor, Hill said, is that some regions of California don’t have as many financial institutions dedicated to serving low-income communities, which help run loan programs, but the Bay Area has many.

Businesses in the 13 counties that make up the Central Valley received a combined 53 loans totaling about $3 million, in comparison to San Francisco county’s 202, according to the report.

“We have some of the poorest communities in the entire state,” said Rich Mostert, the director of the Valley Community Small Business Development Center, which serves Fresno, Tulare, Madera, and Kings counties.

Loans from the fund will be available through November 2022, said Bafford. She’s discussing with the state “what the future holds beyond that.”