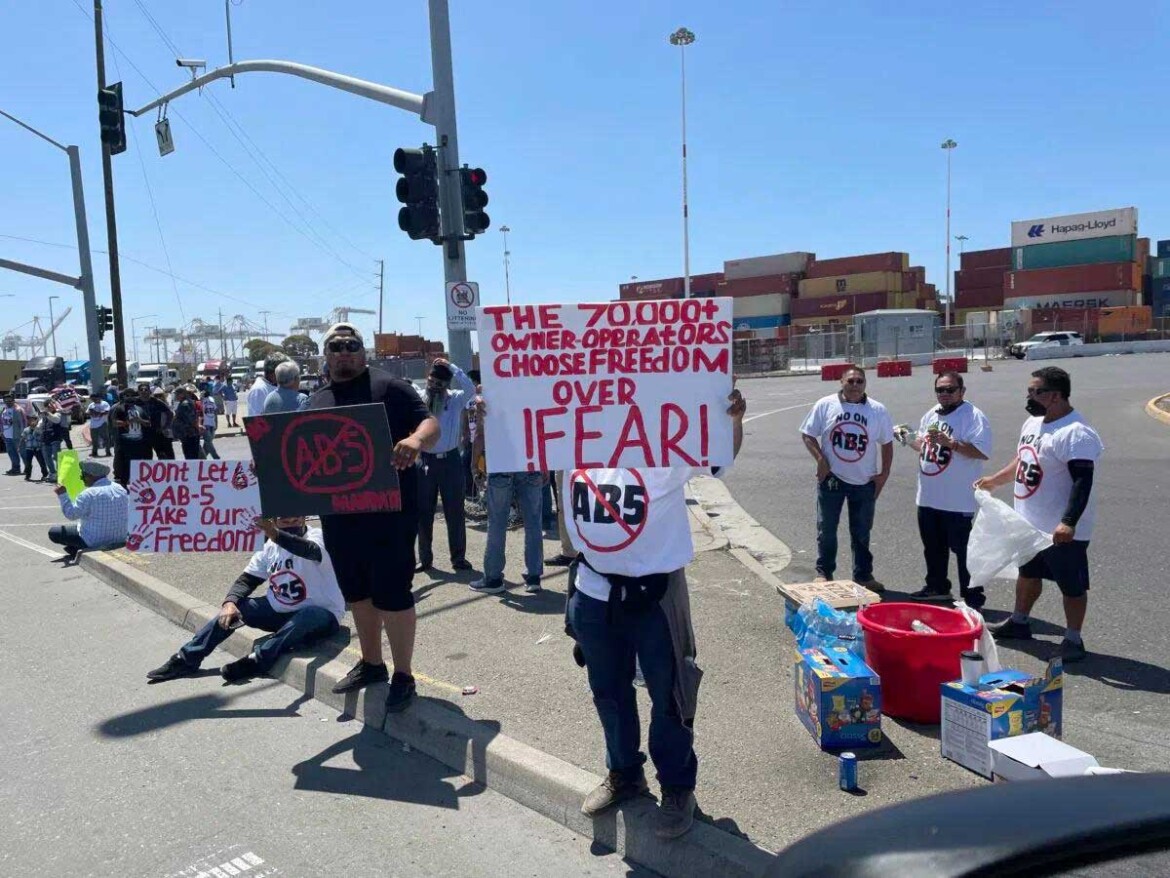 Independent truckers protest California's gig worker law on July 21, 2022, at the Port of Oakland. Following nearly a week in which all commercial traffic at the port was halted, operations have returned to normal, (Photo courtesy of Jiu Fang Logistics/Twitter)

Marine terminals have reopened and are operating normally once again at the Port of Oakland following a shutdown by truckers over California’s gig worker law, port officials said.

The shutdown started a week ago on July 18. California adopted AB5 in 2018, and the U.S. Supreme Court denied an appeal of the law by the California Trucking Association, a trade association, on June 30.

“The Port of Oakland has resumed full operations,” said port Executive Director Danny Wan. “We appreciate the independent truck drivers’ use of the designated Free Speech Zones and we thank local law enforcement for their continued assistance.”

Wan is urging truckers to voice their grievances with lawmakers instead of the port. Oakland police and other law enforcement agencies are working to keep traffic at the port moving, port officials said.

Last week’s protests slowed the international movement of goods such as medical supplies, farm products, car parts and livestock, according to the port.

Port spokesman Robert Bernardo said it will still likely take weeks to alleviate the backlog of goods at the port, resulting in further delays of product shipments.

Tens of thousands of jobs are associated with the port’s maritime operations. The Port of Oakland also operates Oakland International Airport and manages a real estate portfolio.

The port’s maritime operations have an estimated economic impact in California of $56.6 billion.