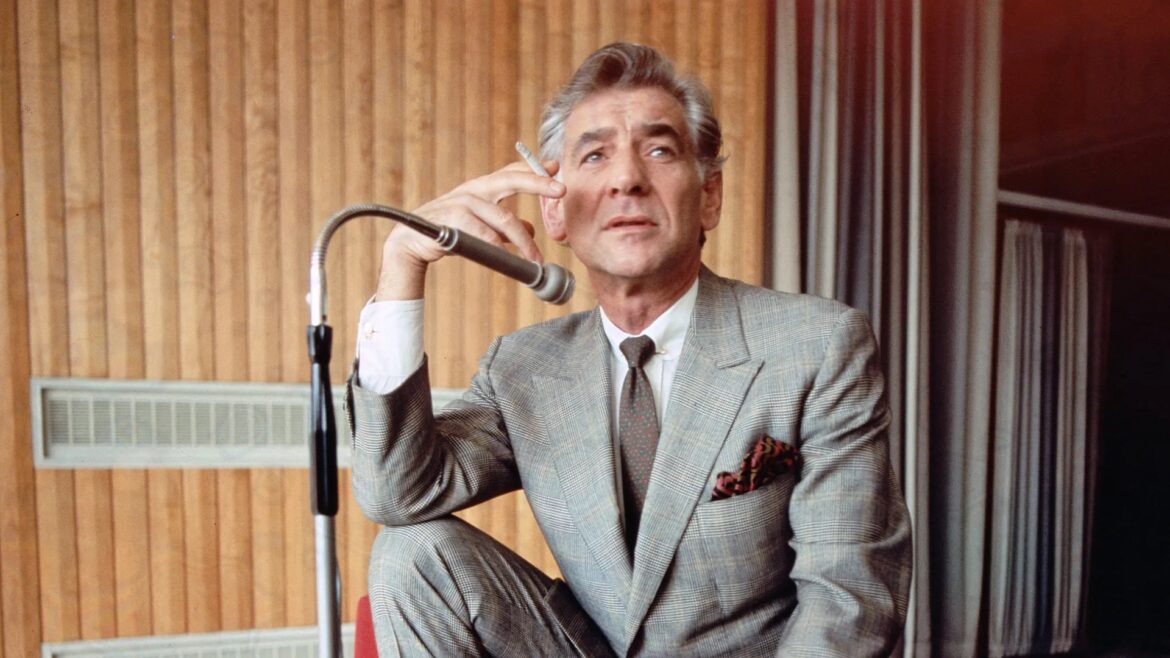 An impressive array of premieres – from documentaries with Bay Area-born talent such as actor David Strathairn to boundary-pushing international narratives from celebrated artists such as Eran Kolirin who gave us 2007’s beloved “The Band’s Visit,” dominate the 42nd San Francisco Jewish Film Festival landscape.

This week and next, Pass the Remote plucks a few gems out to entice you from a well-stocked program that’ll run from Thursday through Aug. 7. Whether you prefer attending in person (at the Castro Theatre in S.F. and/or the Albany Twin Theatre) or want to watch on comfy couches (check it out at https://watch.jfi.org), you have options.

For the entire lineup and to get tickets, visit  https://jfi.org/sfjff-2022

Opening night gets frisky with Moshe Rosenthal’s destined-to-be a talker “Karaoke.” Acclaimed Israeli actor Lior Ashkenazi costars as a hypersexual, wealthy bachelor who attracts the disdain and temptations of his neighbors as he hosts outrageous and loud parties in his swanky new penthouse apartment. His over-the-top ways upend the staid going-through-the-motions life of a mature couple that’s dwelling below, Meir (Sasson Gabay) and Tova (Rita Shukrun). This entertaining comedy/drama is certain to raise a few eyebrows as husband and wife find themselves falling under the new guy’s spell and then find themselves at crossroads over what their distraction of his flashy presence says about their marriage. It screens at 6:30 p.m. with Ashkenazi – well-known for his praised performances in 2001’s “Late Marriage,” “Yossi” and “Foxtrot” (a must) – who plans to attend. https://jfi.org/sfjff-2022/film-guide/karaoke

About as timely and important as any documentary needs to be after the Supreme Court overturned Roe v. Wade in June, director Gretchen Stoeltje’s “Shouting Down Midnight” receives a Bay Area premiere and recounts Texas Sen. Wendy Davis’ brave 2013 stand for women’s rights as she filibustered against anti-abortion legislation for a marathon 13 hours. Stoeltje, who is a Native Texan and UC Santa Cruz and Santa Clara University alum, and her galvanizing, if sobering documentary screens at 2:30 pm. Friday at the Castro Theatre. https://jfi.org/sfjff-2022/film-guide/shouting-down-midnight

If you need to the crucial match to fire up an activist spirit, turn to “To the End,” director Rachel Lears’ portrait of four moving-the-needle forward BIPOC women – U.S. Rep. Alexandria Ocasio-Cortez, Rhiana Gunn-Wright, Varshini Prakash and Alexandra Rojas – as they advocate, inspire and try to make a Green New Deal happen in the most challenging political climate. It features Bay Area members of the climate crisis action group the Sunrise Movement, and screens at 11:30 a.m. Saturday at the Castro. https://jfi.org/sfjff-2022/film-guide/to-the-end

The fest’s Centerpiece documentary “Bernstein’s Wall” spotlights one of the 20th century’s most creative forces, composer/conductor Leonard Bernstein who worked with lyricist Stephen Sondheim to create one of the best stage-movie scores ever: “West Side Story.” Award-winning director Douglas Tirola looks at his fiery spirit at the podium and on the streets advocating for social justice. It also peers into his childhood and his own wranglings with his sexuality. It screens at 2:30 p.m. Saturday at the Castro. https://jfi.org/sfjff-2022/film-guide/bernsteins-wall

In Paris 1942, Jewish jewelry shop owner Joseph (Daniel Auteuil) sends his family away to safety and then hides in his basement from the Nazis while his hardworking assistant François (Gilles Lellouche) assumes a new shopkeeper’s identity. Adapted from a play, “Farewell, Mr. Haffmann” is a polished, well-acted and photographed story of ambition and greed with unexpected twists and a potent message about how power corrupts.

Director Fred Cavayé has made a classy historical drama/thriller and it’s impeccably performed by a trio of fine actors, including Sara Giraudeau as the skeptical wife of François. It’s the fest’s Centerpiece narrative and screens at 8:30 p.m. Saturday at the Castro. https://jfi.org/sfjff-2022/film-guide/farewell-mr-haffmann

Oakland filmmaker Pratibha Parmar takes an unconventional approach to her unconventional subject – feminist and anti-pornographer Andrea Dworkin who took aim at rape culture, with “My Name Is Andrea.” Mixing in performances from Ashley Judd, Soko, Amandla Stenberg, Andrea Riseborough and Christine Lahti with actual footage, the eye-opening documentary brings to life the person behind the late writer’s potent worlds.

The California Film Institute will be presenting Parmar, who also directed 2013’s “Alice Walker: Beauty in Truth” with its Mill Valley Film Festival Mind the Gap award. It screens at 5:25 p.m. Saturday at the Castro. https://jfi.org/sfjff-2022/film-guide/my-name-is-andrea

The uplifting yet realistic “Haute Couture” isn’t cut from the standard odd-couple cloth. In it, controlling workaholic seamstress Esther (Nathalie Baye) encourages talented spitfire Jade (Lyna Khoudri) to sign on as intern to help with the latest Dior collection. It results in an antagonistic (Jade steals her bag at the very start) but ultimately rewarding relationship between the two, as each begins to understand the other better and see their similarities.

Director Sylvie Ohayon cares about all of its characters, and even takes the time to show why even the secondary ones – such as a jealous coworker or Jade’s mother – act and react the way they do. Screens 5:50 p.m. Sunday at the Castro; 8:30 p.m. Wednesday at the Albany Twin. https://jfi.org/sfjff-2022/film-guide/haute-couture

David Strathairn is one of the Bay Area’s most prestigious performers, someone who is equally at home on screen, as well as on stage, and he commands the spotlight in “Remember This.”

The “Good Night, and Good Luck” star has already won raves for his performance as professor Jan Karski and he’s likely to win even more in this film version of the one-man show. Karski’s story was featured in “Shoah,” and in “Remember Me,” as Strathairn relays an incredible story about survival and memory and being part of the Polish underground. A minimal set and black white cinematography contribute in focusing all attention on Strathairn and his hypnotic performance.

“Remember This” is a recipient of the Jewish Film Institute Completion Grant and receives a world premiere at 2:50 p.m. Sunday at the Castro. Former American Conservatory Theater artistic director Carey Perloff will moderate the post-Q&A with Strathairn, directors Derek Goldman and Jeff Hutchens and producer Eva Anisko. https://jfi.org/sfjff-2022/film-guide/remember-this

One of the highlights of the upcoming PBS seasons – the three-part docuseries “The U.S. and the Holocaust” – gives festival attendees a 45-minute special sneak peek before it airs Sept. 18 through Sept. 20. Peter Coyote narrates this ambitious series that includes the voice talents of Hope Davis, Paul Giamatti, Liam Neeson, Meryl Streep amongst others. KQED’s Michael Krasny will moderate a conversation with filmmakers Ken Burns, Lynn Novick and Sarah Botstein. It screens at 7:30 p.m. Monday at the Castro. https://jfi.org/sfjff-2022/film-guide/the-us-and-the-holocaust