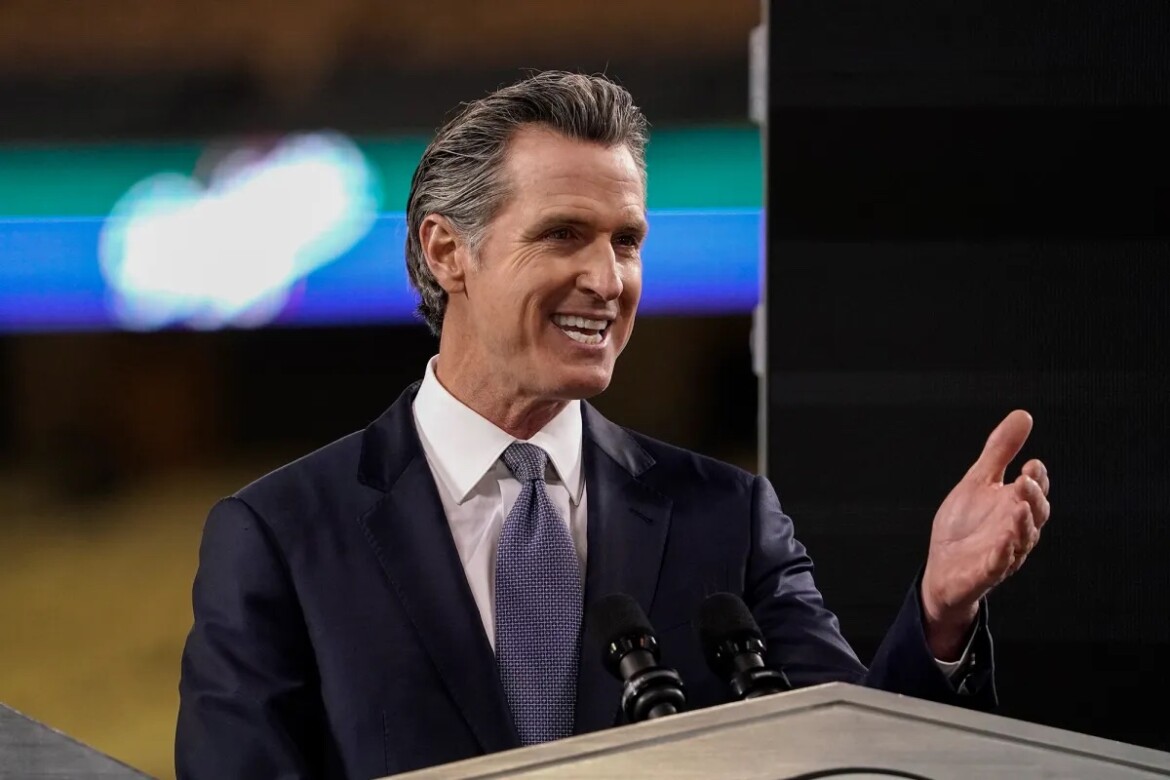 As the largest wildfire of the year rages across California, Gov. Gavin Newsom is doubling down on an aggressive strategy to combat climate change — one that also appears to involve boosting his national profile.

Newsom on Saturday proclaimed a state of emergency in Mariposa County due to the Oak Fire near Yosemite National Park, which since igniting on Friday has burned through more than 15,600 acres of bone-dry fuel and was 0% contained as of Sunday night, according to Cal Fire.

California has secured federal support to help defray the costs of battling the blaze, which as of Sunday was being attacked by nearly 2,100 firefighters. More than 6,000 people were under evacuation orders, nearly 3,000 PG&E customers were facing power outages and 15 structures had been destroyed or damaged with thousands more threatened.

Newsom alluded to complacency at the national level in a Saturday letter to President Joe Biden, in which he slammed “uncooperative Republicans and a lone Democrat from a coal-producing state” (West Virginia Sen. Joe Manchin) for holding “hostage” parts of Biden’s climate agenda.

As a proof point of what Newsom described as California’s world-leading action on climate, he cited a blueprint — released just the day before — to make the state’s ambitious climate plans even more aggressive.

In a Friday letter to Liane Randolph, who leads the powerful California Air Resources Board, Newsom outlined goals he said would add teeth to the state’s sweeping climate strategy, which regulators are set to consider formally adopting this fall. In so doing, he appeared to agree with activists who said the plan doesn’t go far or quickly enough in transitioning California away from fossil fuels. However, some of the strategies Newsom proposed, such as carbon capture, are unlikely to be embraced by many environmentalists.

Meanwhile: On Sunday, Newsom and the California Teachers Association broke with the California Democratic Party in announcing their opposition to Proposition 30, a November ballot initiative funded largely by Lyft that would tax people earning more than $2 million to fund a collection of climate programs, including incentives for people to buy zero-emission vehicles. (Incidentally, state law requires Lyft and Uber drivers to log 90% of California miles in electric vehicles by 2030.)

For the record: The mention of aviation fuels was updated to make clear that they are directly regulated by the federal government.