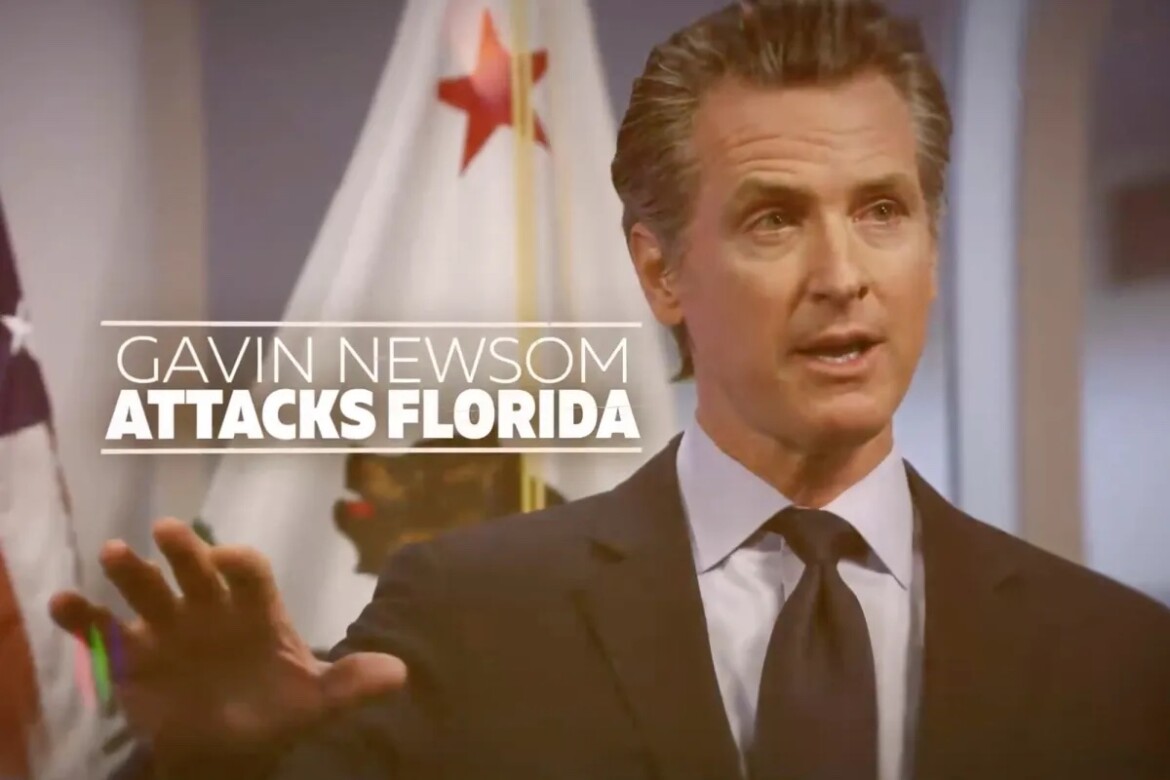 A screenshot from a Western States Petroleum Association ad about California Gov. Gavin Newsom airing in Florida. Screenshot via Vimeo

Want to make a political point in California — and across the country? Try running ads in Florida.

On Wednesday, the Western States Petroleum Association unveiled Florida ads of its own questioning the practicality of Newsom’s climate policies, including his ban on the sale of new gas-powered cars by 2035 and his administration’s sweeping strategy to phase out fossil fuels and put a stop to new oil fracking.

“Our governor, Gavin Newsom, attacks Florida,” a woman’s voice solemnly intones. “But here’s what he’s doing to us in California. We pay $1.65 more for a gallon of gas than you do. Our electricity rates are twice as high as yours. … California can’t afford Gavin Newsom’s ambition. Can Florida?”

Kevin Slagle, vice president of strategic communications for the Western States Petroleum Association, told me it spent “a little more than $100,000” to run ads for two weeks on Miami TV stations and to place periodic full-page ads in the Miami Herald. (Incidentally, that’s about the same amount Newsom spent on his own ads.)

But airing ads in Florida isn’t the only quirk of California campaigns. Due in part to the structure of the Golden State’s top-two primary election system, it’s fairly easy for write-in candidates — even those with very little support — to snag the second spot on the November general election ballot in races with only one other contender, CalMatters’ Sameea Kamal reports.

Indeed, state Assembly and state Senate candidates needed as few as 40 people to sign nomination papers to qualify as write-in candidates for the June 7 primary. And no matter how few votes they won, as long as they finished in second place, they advanced to the November election.

Hence the uneven matchup in a conservative Assembly district encompassing the Central Valley and parts of the Sierra Nevada: Libertarian write-in candidate Thomas Edward Nichols, who received just 15 votes in the primary, will face off in November against GOP incumbent Jim Patterson, who received more than 90,000 votes.