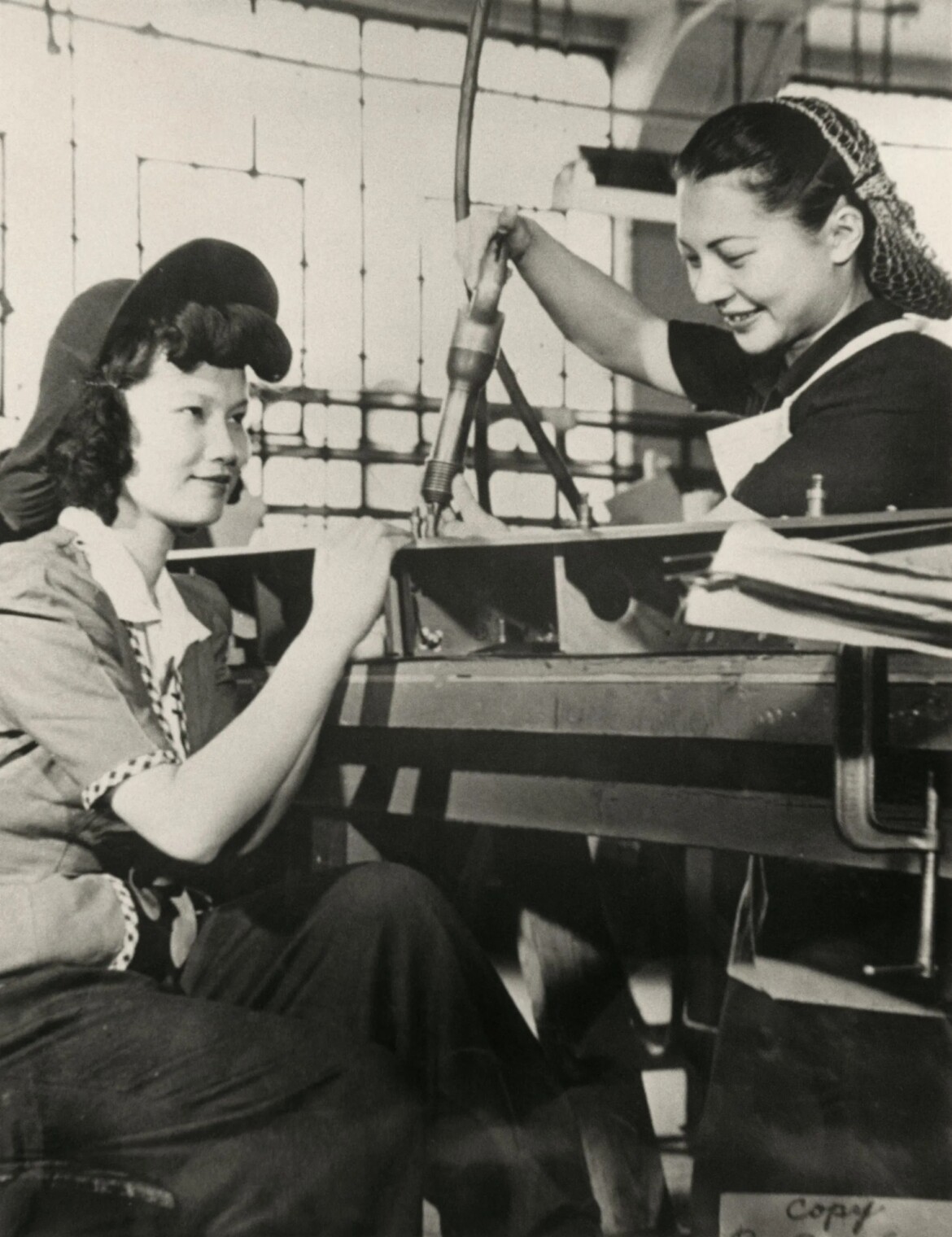 Three curators at the Oakland Museum of California have put together an exhibition that encourages visitors to consider the intricacies of feminism today — as well as their personal connections to the topic. The result of their yearslong work on the project is “Hella Feminist,” opening this Friday in OMCA’s Great Hall gallery. Notably, it’s the museum’s first exhibition to explicitly focus on feminism.

Says “Hella Feminist” co-curator Carin Adams,“The show itself is really looking at the holistic ways that women and other folks have developed strategies to uplift each other in the face of oppressive patriarchal systems.”

Adams, alongside co-curators Erendina Delgadillo and Lisa Silberstein, gave considerable thought to the components of the exhibition, ultimately deciding to organize it into three sections: “Mind,” “Body” and “Spirit.”

Within each of these sections are various objects and types of art, including textiles, digital collages, posters, pins, works on paper, paintings and photographs. “Hella Feminist” also features artwork that was specifically created for the exhibition, such as the “Spirit” section piece “Museoexclusion Exorcism,” created by Los Angeles artist Tanya Aguiñiga.

As Adams shares, “It’s a major sculpture that has contributions from about 29 different people, and it’s a really large woven textile that’s monumental — it’s amazing.”

While some pieces are from the 21st century, others date back to the 1800s and 1900s. The curators handpicked many of the historical items in the exhibition themselves — from OMCA’s vast collection.

Silberstein shares, “We really looked at what the museum had. And, honestly, that was one of the interesting parts of this project. … The museum hasn’t had a focus in its past on collecting things that are necessarily like what today we would call ‘feminist.’ So for us, we’re sort of looking at these things from the past and thinking about how they can be reinterpreted in this moment that we’re in right now.”

The title of the exhibition itself — with the incorporation of the common Bay Area slang term  “hella” — declares its local ties. The stories presented in “Hella Feminist” are primarily based in the East Bay and, more specifically, in Oakland. The majority of the artists featured in the exhibition and the people they collaborated with are local or have local connections.

As Delgadillo confirms, “It’s a very East Bay-centric exhibition, with a few exceptions.”

“Hella Feminist,” in its consideration of intersectionality and “everyday feminism” also features interactive components, such as a phone line that visitors can use to listen to others’ stories — and share their own — related to legislation around body autonomy.

Adams comments, “We were intentional about bringing in opportunities for folks in response to all of this new legislation and just how heavy this moment feels, as an emotional sort of release or at least to help process some of that, which is a key component of the holistic wellness that feminism — especially this contemporary iteration of feminism — focuses on.”

The exhibition was slated to open in 2020 but postponed because of the pandemic. During the delay, Adams, Delgadillo and Silberstein found themselves having to give further thought to the “Hella Feminist’s” components, considering all that has occurred on the feminism front in the span of two years.

Says Silberstein, “It’s interesting, because our intention for this show was for it to be about contemporary feminism — the moment that we’re living in. And then when COVID hit, and we couldn’t present the show, we had to rethink what we’re presenting. … And so we’ve added elements in the exhibition that are responding, in a way, to what is going on right now.”

“Hella Feminist’s” curators express that what they have put together for OMCA’s inaugural feminist-focused exhibition is not the end-all or final say on the topic. They emphasize that the exhibition stems from their ideas surrounding feminism and that there are many other ways to approach it.

As Delgadillo notes, “This is not an attempt to define feminism —it’s not a definitive sort of exploration. … People are really emotionally invested, in my experience, in their own version of feminism. And so I think this is an opportunity to invite everyone into that conversation rather than offer a final sort of definition of what that means.”

Adams adds, “It’s less of a definition and more of just a response — and, in a way, an invitation, a provocation — to connect with one another around the complexity of contemporary feminism in this moment.”

The “Hella Feminist” runs from Friday through Jan. 8, 2023, at Oakland Museum of California, 1000 Oak St., Oakland. The museum is open 11 a.m. to 5 p.m. Wednesdays, Thursdays, Saturdays and Sundays, and 11 a.m. to 9 p.m. Fridays. Masks are required indoors for all visitors ages 2 and older. Adult tickets for the special exhibition are $25. Get tickets and more information HERE.