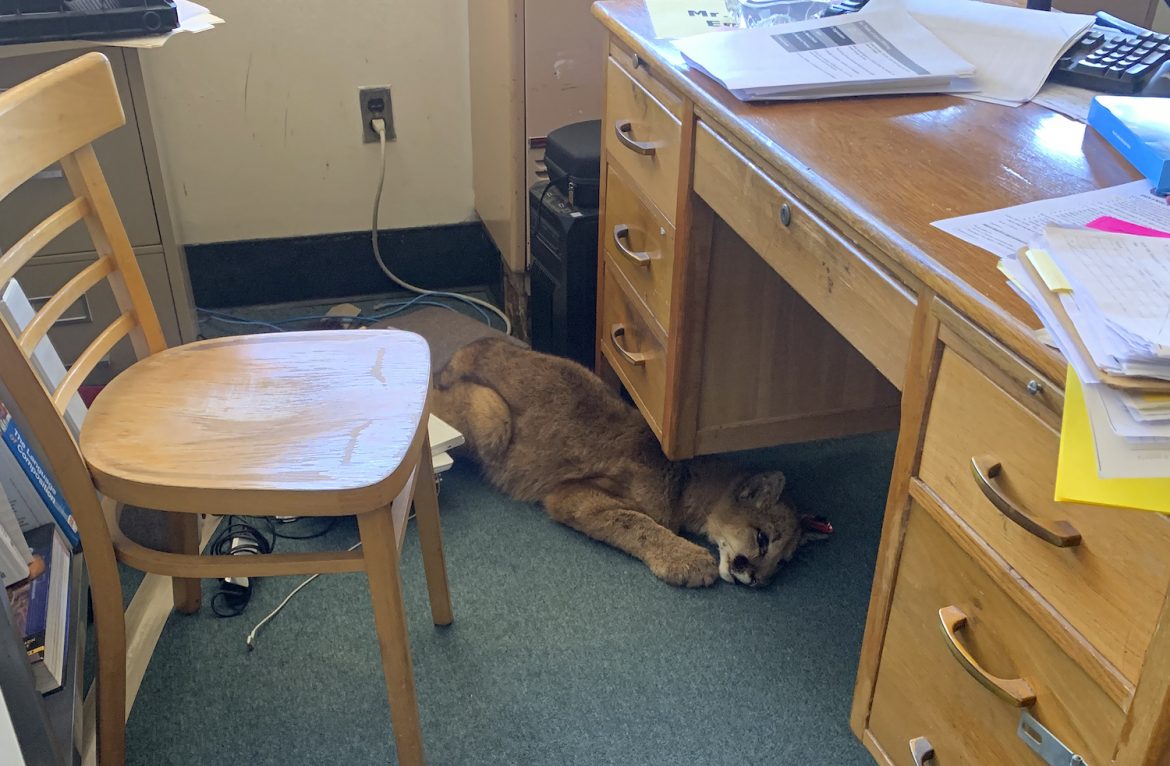 A 6-8 month old mountain lion lays under a teachers desk at Pescadero High on June 1, 2022. The mountain lion was brought to the Oakland Zoo in Oakland, Calif., to be cared for. (CDFW via Bay City News)

A young mountain lion rescued from Pescadero Middle/High School in San Mateo County on Wednesday is in “pretty good condition” and will be placed at an accredited zoo once he recovers fully, Oakland Zoo officials said. The zoo, which received the rescue, confirmed Thursday that the mountain lion is likely an orphan and is too young to survive on its own.

The animal walked into the Pescadero school Wednesday morning, then walked into an empty classroom and a staff member contained it by shutting the door. Authorities from the San Mateo County Sheriff’s Office and the California Department of Fish and Wildlife responded to the scene. No injuries were reported and students and staff were sent home.

At the time of rescue, zoo officials say the animal was “very calm” as it hid under a teacher’s desk before wildlife officials sedated it. The Oakland Zoo said that the mountain lion is about six to eight months old and weighs 24.5 pounds, making it underweight.

Mountain lions usually spend the first two years of life with their mothers but this cub’s mother has not yet been found, according to the zoo.

This is the second mountain lion rescue that the zoo received this year. The first was Rose, an orphaned cub first spotted by hikers at an open space preserve in San Mateo in April. Rose is also recovering at the Oakland Zoo. If the new cub recovers well, he may even be introduced to Rose, a spokesperson for the zoo said.

The Oakland Zoo partners with the California Department of Fish and Wildlife to help rescue sick, injured or orphaned mountain lions. The zoo has rescued 19 mountain lions, including this one, since 2017.