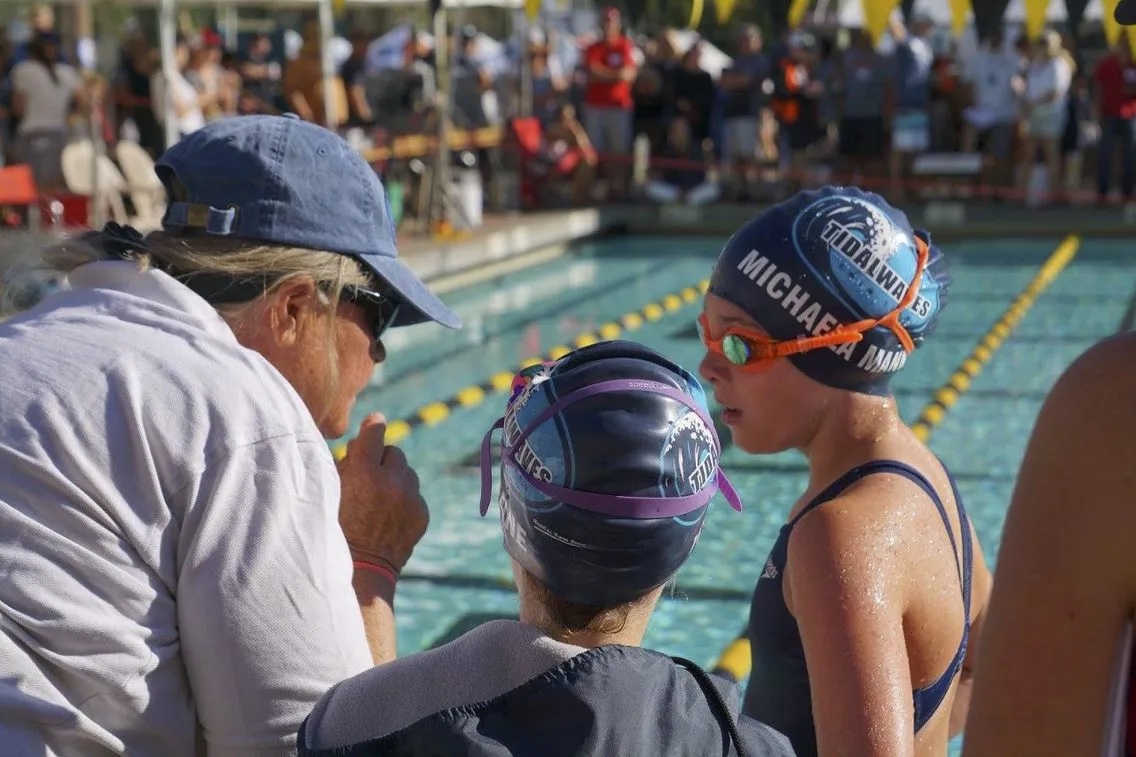 The Tidalwaves swim club has been in Marin for 40 years, giving lessons and taking part in competitive meets.

Marin County has always struggled with issues of equity, being among the three wealthiest counties in the state. But a current struggle a nonprofit recreation organization says it is having with the College of Marin exemplifies the problem, they said, and one of its directors would like to see some meaningful change.

Liz Foley is the co-president of the Tidalwaves Swim Team, a nonprofit, recreational competitive swimming organization for children. Tidalwaves depends on access to the swimming pool at the College of Marin’s Kentfield location, which is smack dab in the center of the tony enclaves of Kentfield and Ross and adjacent to another wealthy ZIP code, Greenbrae. But not everyone in these towns is rich. Tidalwaves is available to some working class and immigrant families there, Foley said.

At issue is lane time, who gets it and how often. Multiple swim clubs and schools vie for spots at the College of Marin pool which, as the only pool of its kind and size in the area, means that it has put the “competition” in swim competition.

Foley says what is happening in Marin is a symptom of a trend in many affluent cities and towns everywhere that are faced with dwindling facilities for public recreation, especially for youth. Cost-cutting parks and recreation departments are ceding their responsibilities to youth activities as more and more private clubs pop up to take up the slack. But not everyone can afford to join these organizations or get private swimming lessons. Tidalwaves, which began 40 years ago, was originally a part of Larkspur Parks and Recreation.

On Tuesday, Foley appeared at an advisory meeting with the College of Marin and 13 swim organization stakeholders to outline priorities and policies she hopes the college will embrace going forward in order to confront the problem.

Foley appealed to the basic values embedded in the idea of community colleges, she said, as “forces for breaking down systemic inequalities that exclude kids from access, whether that is access to education or access to an affordable entry point into athletics and physical, social, emotional health.”

Tidalwaves claims that pool time is mostly given to “higher resource” programs such as swim teams from private schools, private clubs, or other groups with greater means.

“This spring, our pool time request, which was first negated by a special lease with a private high school, was then nearly given to a high resource dive program,” Foley said. Foley also said that some groups that sign up for time don’t even show up, with the pool remaining “virtually empty” one and a half hours after her organization’s allotted time.

Foley pointed out that California’s education and government codes require that taxpayer funded facilities may be made available to the public when not in use by the school.

Diana Conti, vice president of the Board of the College of Marin, acknowledged that there are issues that need to be worked out regarding the school’s public use availability and pointed out that a working group has been created to address it. Both Conti and Foley agree that things seem to be moving in the right direction now.

One issue Conti said is affecting lane availability is the pandemic. The pool has limited lanes as a result and the college has had to extend its school days, further cutting into any public accessibility. Limited availability means that all stakeholders will have to compromise in some way because there is simply more demand than there are slots, she said.

The pandemic has also fueled a surge of restless kids formerly tethered by the lockdowns and in need of swimming lessons. This has created a perfect storm of less availability yet more interest.

But the board’s vice president takes some issue with Foley’s claim that she’s competing for time against groups and private schools with higher resources. In some instances, Conti said, up to 50 percent of the children in these organizations and private schools are on scholarships.

“The reason we have the pool is that we got a bond passed,” she said. “The whole community is paying for this on their property taxes. So it is for the whole community. We want as many opportunities as possible for low-income people. This is really a situation where everybody has to give and take a little bit.”

The issue of public swim time and how to mete it out fairly was on the agenda of a College of Marin Board meeting in February. Shareholders such as Tidalwaves, the nonprofit Marin Pirates Foundation Swim Program and the private prep school Branson in Ross spoke. Branson shared its concerns about access to the pool and their opposition to ceding practice time to the Tidalwaves, asking the college to respect the multiyear agreement between the two institutions.

“While we appreciate Tidalwaves work, we cannot simply change our practice. We have students who rely on transportation that runs on a tight schedule,” said Veronica Bosque, director of athletics at Branson.

Warren Lager spoke on behalf of the Marin Pirates, where he said he taught aquatics for 36 years and noted that it offers free lessons for the underserved. Lager took issue with the Tidalwave’s assessment that swim times were being unfairly allotted and said that the college has done a “capable” job balancing the needs of many programs.

“The Tidalwaves repeatedly defined allocations methods by the college as arbitrary and capricious,” he said. “In fact, the process seems reasonable and transparent.”

A few parents spoke in support of Tidalwaves at February’s meeting. “Zach,” a father of three, said he loves providing swimming opportunities for his kids but has found the lack of affordable, public places to swim in the area a problem.

“Because it is limited, supply and demand is out of whack,” he said. “In the local areas the cost is exorbitant… Tidalwaves provides an opportunity for affordability.”

Another parent said that it is a “hard reality” in Marin that many people who want to be part of a swimming program can’t because of the lack of access to a pool.

Linda Friender said she has had two children involved in Tidalwaves and it has the best “bang for the buck” for an affordable swimming program.

“I feel people in Marin assume that people can afford everything… and they can’t.”

Trustee Paul DeSilva addressed the meeting and said that long-term swim equity should be a priority and perhaps there could be better coordination between other institutions with pools to help take up the slack.

“Maybe we can use this as a launching pad to begin to be part of the larger Marin County improvement and equity process in the areas of sports and recreation,” said DeSilva.

Student Trustee Juan Camara also supported the idea of better collaboration. Raised by a single mother, Camara said that his mom didn’t have the money to put him through recreational programs.

“I myself am from an underrepresented community,” he said. “I lack certain things because I do not have access to [those programs].”

“I know Branson is a private school. They get a lot of private funding. They are a pretty well-off school. And from what I hear, Tidalwaves is a public organization with minimal funding. So that, in my mind, comes into play. If we are already giving more privilege to those who are already more privileged.”

Tidalwaves has been compromising as best they can, said Foley. In order to be able to use the pool, some children must be taken out of school early in order to access the pool in their given time slot, for example. But she said that the capacity constraints placed on Tidalwaves due to limited pool time has meant that her organization has had to turn away dozens of children.

“This fall we turned away between 50 and 60 kids,” she told the board.

Foley was quick to say that she was “really pleased” with how the discussion went with the advisory group and how her concerns were received. Conti also said that it looks like everyone is working together to find a solution.

“I think we have a good strong process for everybody coming together,” said Conti. “I think we will come out with a policy that is fair to all.”