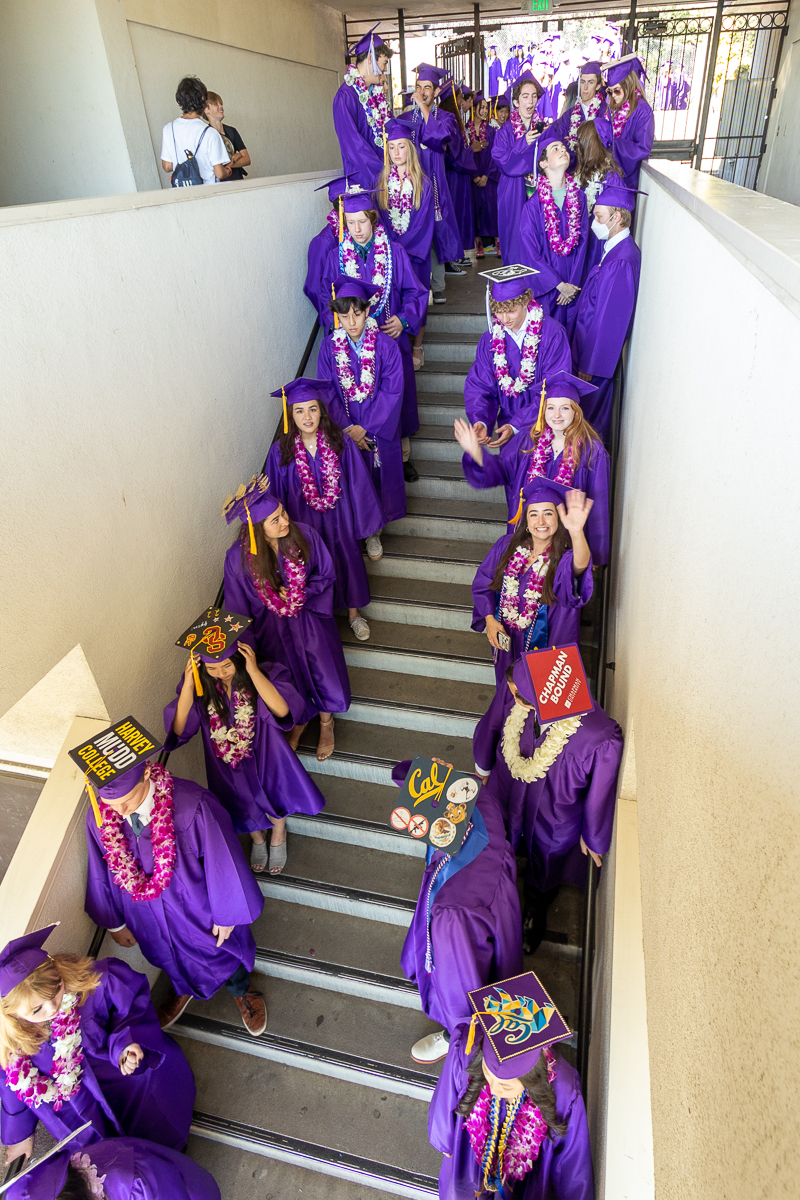 Students line up for the processional

The Piedmont High School class of 2022 had their moment in the sun on Thursday, June 2 at Witter Field. The mood was joyous as the bleachers filled with friends and family who had gathered to celebrate the more than 200 graduating seniors.

Dr. Andria Mullan directed the PHS band in the prelude (“True Blue” by Karl King, arranged by Swearingen), “Pomp and Circumstance” processional, and recessional (“March de Triomphe” by Elliot del Borgo). The PHS Acappella choir under the direction of Ming Luke sang the National Anthem. The Senior members of Acappella also sang “Stand by Me,” by Ben E. King.

Speaking for the Class of 2022 were Wesley Jeng and Jacob Hsia (Salutatorians) and Aaron Drumm (Valedictorian), and Alyssa Wong, the Senior Class Speaker. Charlotte Levy presented the class gift.

The commencement speaker was former U.S. Ambassador to Australia Jeff Bleich who spoke about being courageous in trying times. (See full text below.). His speech received a standing ovation from students, staff, administrators, and audience members.

(Editor’s note: An earlier version of this article only included photos of one salutatorian when there were two this year. We regret the error.)