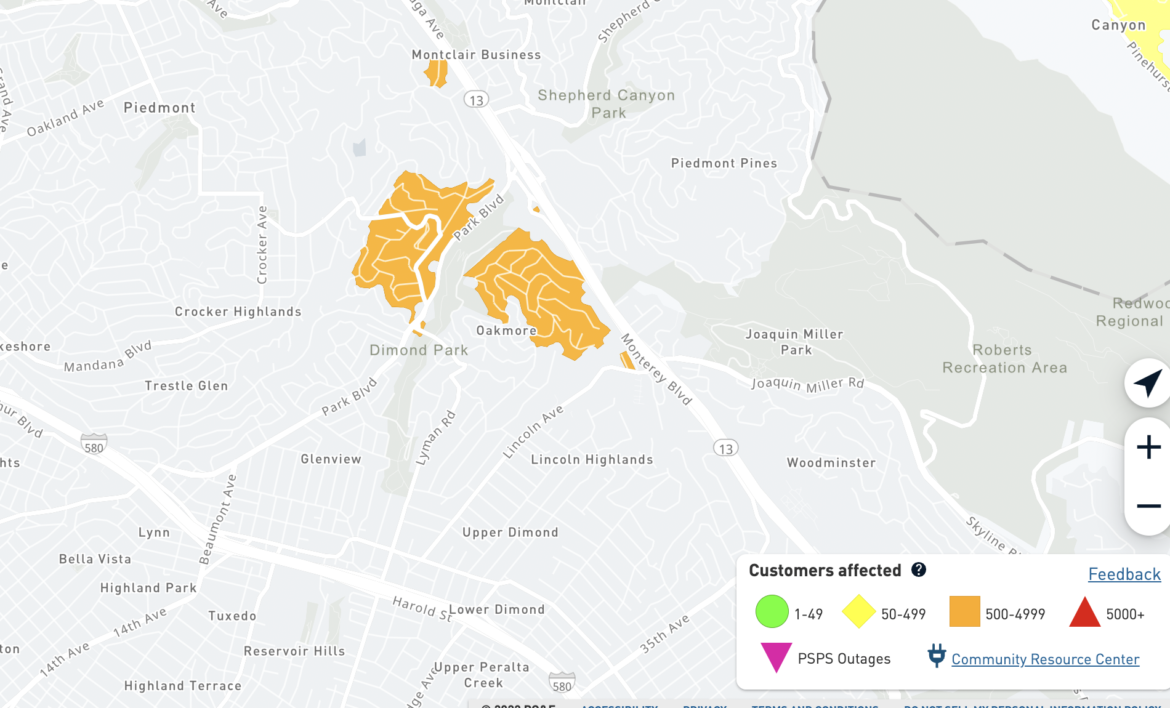 Over 600 residents lost power in Piedmont and Oakland along the Park Boulevard corridor on Tuesday evening shortly before 7 p.m. according to PG&E. A PG&E alert sent shortly afterward says they are investigating the cause.

Thousands of PG&E customers were without power throughout the East Bay on Tuesday.

Temperatures around the Bay Area soared into the 90s on Tuesday as a heat wave hit the area. Oakland hit 98 degrees F.