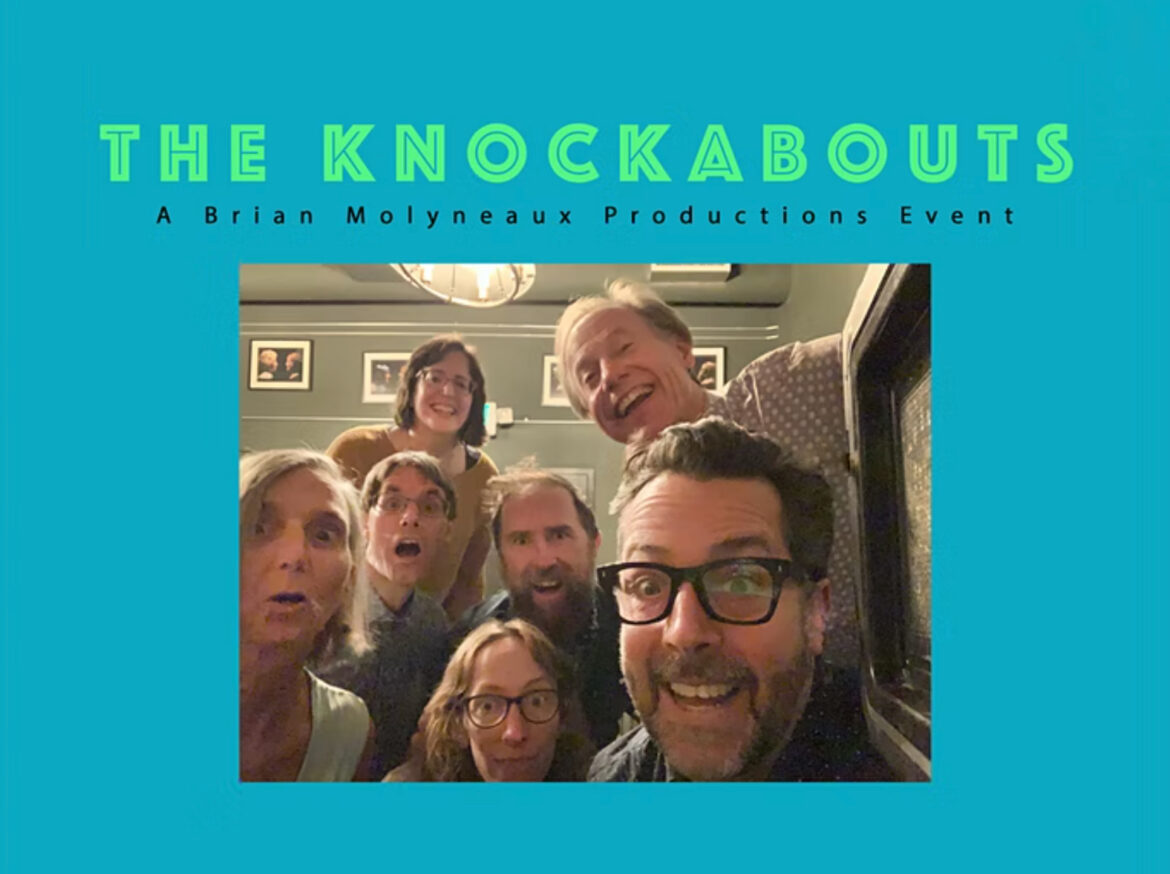 Multidisciplinary artist Brian Molyneaux and the six-member troupe The Knockabouts perform improvisational comedy on June 11 at Piedmont Center for the Arts. A Piedmont-based commercial photographer (and dad), Molyneaux has also managed a busy sideline career as a director, singer, and producer for years — he got his start back at The Second City in Chicago. The comedian/actors who make up The Knockabouts — Joe Liss, Jessica Davenport, Shannon Little, Michael Davenport, and Lisa Martinovic — bring similar credentials and expertise in improvisational comedy to the troupe’s performances.

For the uninitiated, improv comedy is performed without a script, and characters and storylines are based on a theme or idea developed in the moment — often with audience participation or prompts. A top priority for the Knockabouts, Molyneaux says, is “providing laughter and a respite from daily lives for the members of our audience.” That said, he admits the evening show at PCA might range from PG to R, unlike a performance aimed entirely at children.

During the first half of the show, the actors start with short-form improv games and exercises. Prior to intermission, the audience is invited to offer suggestions for the long-form improv sketches that will compose the show’s second half. “We usually ask for an object or a place and then start scenes based on that offer from the audience,” he said in an email interview.

“Sometimes the work becomes very literal around [whatever prompt the audience offers] and sometimes it’s very figurative, touching on [that object or prompt] and then moving on,” he said. “We don’t know. We have no idea until we’re up there and we start going. Nothing is planned.”

Improv is all about putting your trust in the hands of the seasoned performers at PCA who lead the way. Not knowing where the sketch will end is half the fun. “If you haven’t seen improv or us in-person before, you should definitely come out on June 11,” Molyneaux said.

Doors open at 7:15 p.m. with the show at 8:00 p.m. Wine and beer will be served on a donation basis. “Please remember to tip your bartender or bar,” Molyneaux suggests. As per PCA public health safety protocols, a photo ID, proof of vaccination (and booster) and a mask are required of all attending.