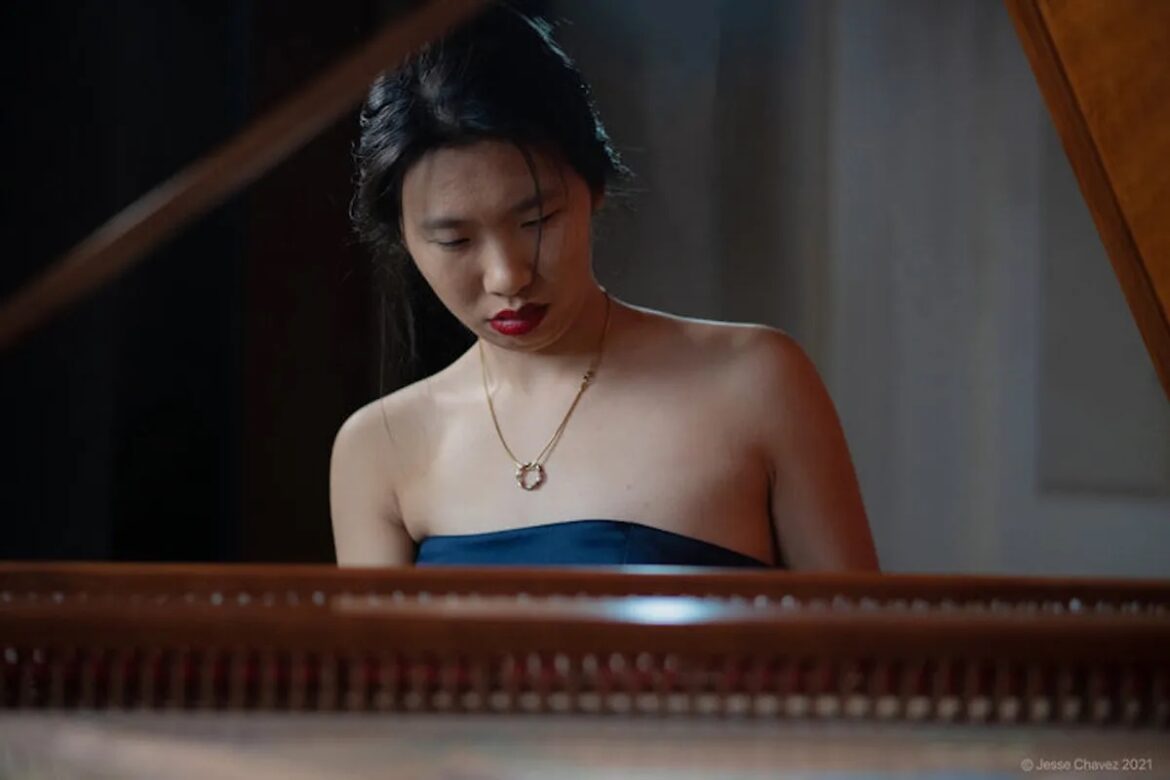 It was a sunny and mellow Sunday afternoon in Berkeley and a nearly full-house audience showed up at the First Congregational Church to welcome back the San Francisco Chamber Orchestra for the final show of music director Ben Simon’s 20th season with the group known for its fine, free performances.

The program, “Beethoven Four Plus Four,” included Symphony No. 4 and the Piano Concerto No. 4, and had been scheduled for last December. Good to see curtains rising all around.

A point was made for gender equality in the choice of the program opener, a piece by Fanny Mendelssohn, Felix Mendelssohn’s older sister. Women in early 19th century Germany didn’t make careers in music; it is known that her brother published some of her songs under his name and wrote that she was the better pianist (she memorized Bach’s complete “Well-Tempered Clavier” as a teenager).

Her Overture in C Major is a brief and bright statement with small, witty and lush melodies emerging from a pulsing string section. From some bombastic phrasings, one might guess Mlle. Mendelssohn was not a pallid personality. The piece was discovered unpublished in the Mendelssohn archive by the San Francisco Women’s Philharmonic, which gave it its premiere in 1994.

Beethoven’s Symphony No. 4 has always been thought of as something of a sleeper, largely because of its placement between two giants, Symphony No. 3 (the “Eroica”) and Symphony No. 5, works in which the composer perfectly unified the technical and dramatic elements. Not to mention the “Appassionata” Sonata, “Fidelio” and the Piano Concerto No. 4, among other great works of the same period.

Simon conducted a nicely detailed, measured performance of the symphony, highlighting the mystery of the beginning, putting some fire to the fine woodwind work in third movement and emphasizing the brash humor of the finale.

The choice of Beethoven’s starry Fourth Piano Concerto was made to showcase the considerable talent of impressive young pianist Hilda Huang. During the 2020-2021 season, Huang — who was, at age 18, the winner of the 2014 Leipzig Bach Competition — performed at Carnegie Hall, the Vienna Musikverein and other venues as part of Beethoven’s 250th anniversary.

In Berkeley on Sunday, her technical prowess and artistic freshness was apparent from the first solo notes of the concerto in Berkeley, and if her performance wasn’t note-perfect, the freshness of her playing, her musicality and her deep engagement with the orchestra was entirely compelling, particularly in the grave second movement; in the third, she showed all the exuberance and fire called for.

There is more to come in the 2022-2023 season: In the spring of 2023 a to-be-announced music director takes over the “MainStage” San Francisco Chamber Orchestra concerts while Simon will continue to lead the ongoing “Classical at the Freight” programs at Berkeley’s Freight and Salvage.