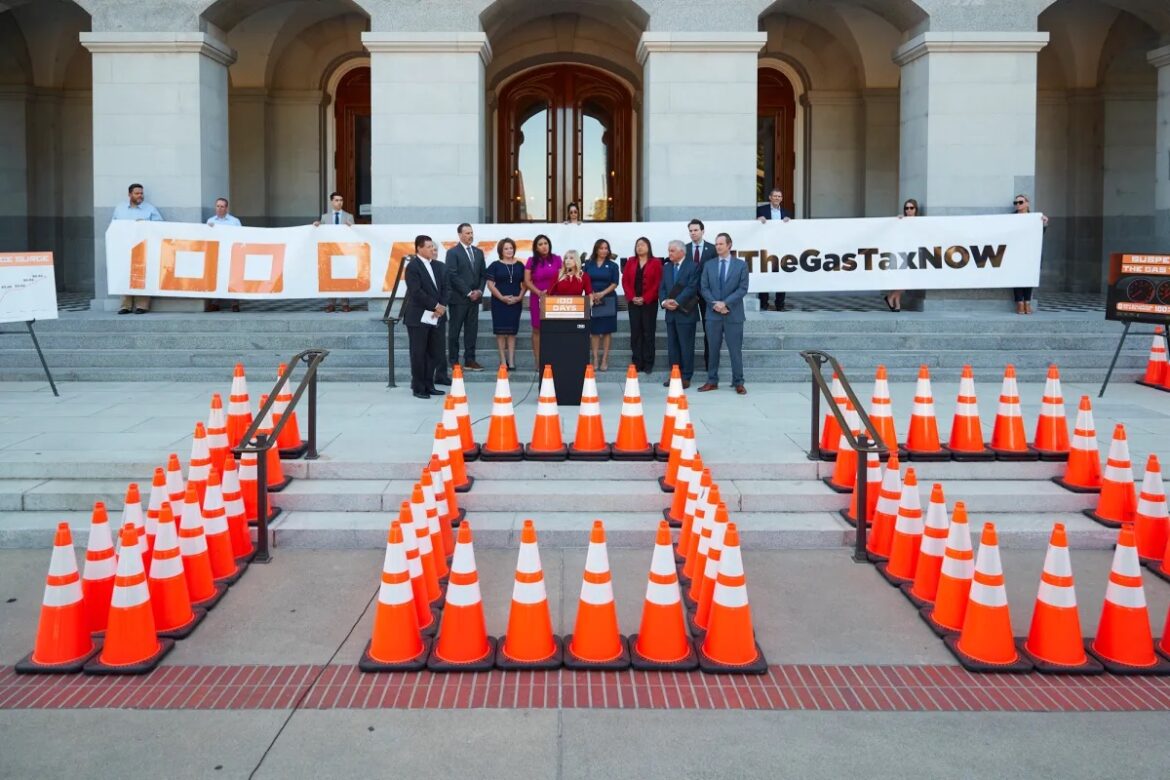 Republican lawmakers held a press conference at the state Capitol to mark 100 days since Democrats first called for relief for rising gas prices. Photo courtesy of the Senate Republican Caucus

July 1 is shaping up to be a big day for California.

That’s when the Golden State’s sky-high gas prices are set to tick up even more due to a scheduled increase to the excise tax rate, which will tack nearly 3 cents per gallon onto prices at the pump. On Wednesday, drivers were already paying an average of $6.44 for a gallon of regular gas, compared to the national average of $5.01.

July 1 also marks the dawn of California’s new fiscal year — although the state’s spending plan is far from finalized. Lawmakers on Wednesday sent to Gov. Gavin Newsom’s desk a $300 billion placeholder budget, which the governor criticized earlier this week for failing to include “more immediate, direct relief to help millions more families with rising gas, groceries and rent prices.”

A similar message was struck Wednesday by a group of Republican lawmakers, who gathered outside the state Capitol in front of a huge “100” constructed out of bright orange traffic cones. According to the GOP legislators, Friday will mark 100 days since Newsom first floated the idea of gas tax relief in his March State of the State speech.

But it isn’t just Republicans who have pushed to postpone gas taxes during an election year when many voters cite the cost of living as a major issue.

Meanwhile, the Federal Reserve raised interest rates by three-quarters of a percent on Wednesday — the biggest increase since 1994. The move is intended to tamp down inflation rates that have reached 40-year highs — but could also depress economic growth and prompt unemployment rates to tick back up. That doesn’t bode well for California, which last month accounted for more than 25% of the nation’s ongoing jobless claims.