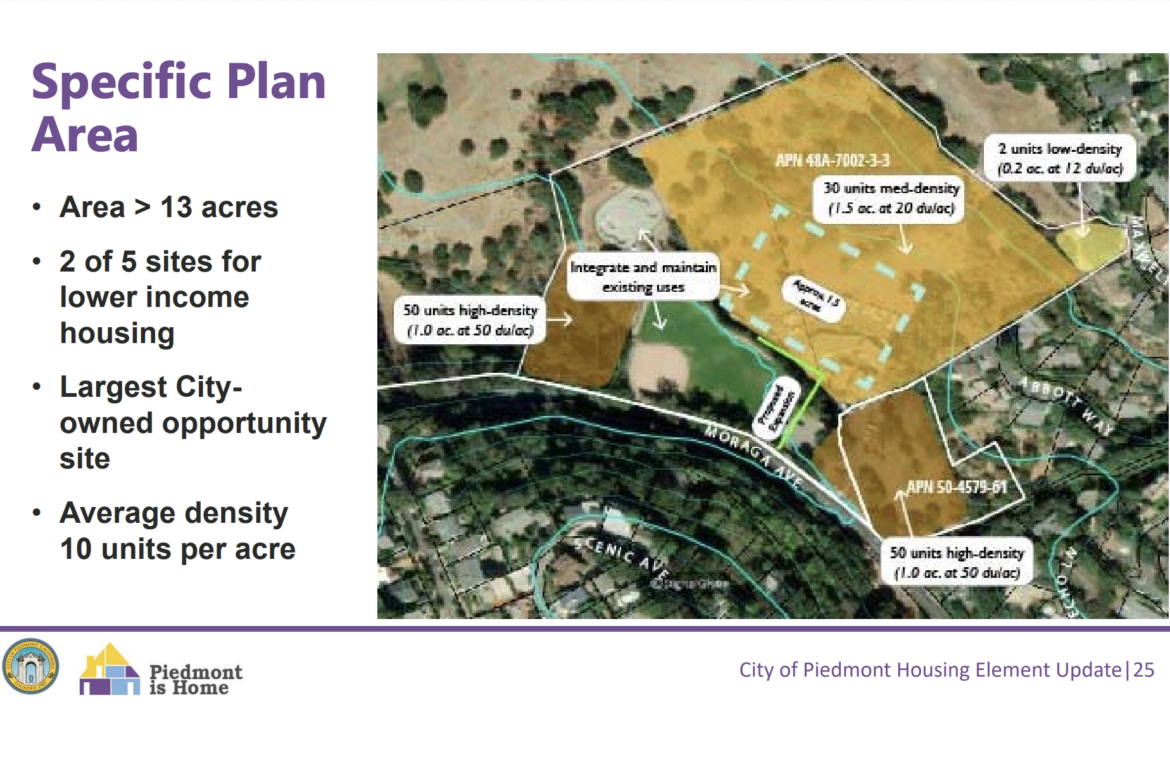 The city's Corporation Yard area is one of the sites under consideration for future housing development.

Rather than submit the city’s draft 2023-2031 Housing Element to the state Department of Housing and Community Development for initial review as planned, the City Council on Monday asked city staff to provide more information on a few of the more crucial aspects of that complicated, multilayered plan for how the city will grow to accommodate more state-mandated housing units.

The economic ins and outs of using some major city facilities, including the Civic Center and the Veterans Hall, as potential sites for mixed-use housing projects, and prospective “master plans” for some of the larger prospective housing project areas are among the things council members want more information about before sending their draft plan to the state for its initial review. Council members also want more information about how the city can use California Senate Bill 9, signed into law last September, to best improve its housing stock.

Before Monday night’s 5 ½-hour discussion started, City Administrator Sara Lillevand recommended to the council that it treat that discussion as a “first reading” of the draft Housing Element approval, allowing for further updates, refinements and clarifications in response to questions and concerns that were submitted up to and past the start of Monday’s meeting.

There is no time frame for the Housing Element to return to the council, though all council members said they are committed to keeping the project moving forward.

Every Bay Area city has been given a mandate by the state for accommodating new housing units to add to the region’s housing stock, and each city was given a number for such units it should plan for. Piedmont’s number is 587, widely acknowledged as a huge number for a city as small and as built out as Piedmont.

Piedmont’s allocation for this sixth Association of Bay Area Governments’ Regional Housing Needs Allocation eight-year cycle, from 2023 to 2031, is almost 10 times the 60 residences the city was mandated to prepare for in the fifth RHNA cycle, from 2015 through 2022.

The city has to present its final plan, its “housing element,” to the state by May 2023.

The residences in the cities’ allocations don’t actually have to be built by 2023, but cities must be able to demonstrate the residences could be accommodated, via appropriate zoning and land availability.  But at a June 6 Housing Element Town Hall forum over Zoom, Kevin Jackson, Piedmont’s director of planning and building, said the city’s “sites inventory” of possible places where residences could be built are “about the possible, not the inevitable.” No property owner, he said – including the city – needs to do anything not in their best interest.

The new eight-year Housing Element has been discussed publicly for the past 13 months, over the course of 15 public hearings and other events at which questions were asked and comments were taken, as well as online interactive opportunities. Local media, including the Exedra, have carried numerous stories about it. Overall, more than 550 public questions were addressed during that time.

Still, a handful of public commenters accused the city of a less-than-inclusive process in developing the Housing Element. One woman told the council she had only heard of the document that very evening. Another said “the community isn’t engaged.”

Several of the 32 other speakers Monday night questioned whether Moraga Canyon, including Blair Park, is a good place to concentrate affordable housing. Several speakers, including Ray Catalano, said isolating affordable housing there would be the “most stigmatizing decision you could make.” Another speaker, Pam Hirtzer, said residents there would be vulnerable to wildfire and to traffic safety concerns.

But Carol Galante asked if not Blair Park, where? “We need to look at these public lands very seriously,” she said. A solid majority of public commenters supported building as much affordable housing as possible, some specifically in Blair Park, others advocating for spreading them as thoroughly throughout the city as possible.

Several city-owned parcels, including the Civic Center that includes City Hall, are part of the city’s “sites inventory.” David Bergman of Lisa Wise Consulting said other cities have done several projects that allow them to refurbish old or obsolete city facilities and integrate housing into those projects, creating mixed-use developments.

City Councilwoman Conna McCarthy asked Bergman whether it’s realistic to expect housing will be built at these and other sites. Bergman answered that area home prices keep going up, reflecting a strong demand for new housing and likely developer interest.

Cities that don’t have a certified Housing Element in place by May 2023 could be fined $10,000 a month as long as the document is out of compliance, City Attorney Michelle Kenyon said. Cities also can lose eligibility for some grants and loans, and lose the ability to issue building permits.

Council members and city staff acknowledged that taking some parcels out of consideration for housing development — they said Monday they want the Corey Reich Tennis Center and the Highland Avenue “grassy strip” between Sierra Avenue and Sheridan Avenue taken off the sites inventory list — will require housing units planned for them to be moved elsewhere within Piedmont.

Lillevand said getting a better understanding of some of these issues, and how they all tie together, will help the council make better decisions about the city’s future growth.

“It’s important that we understand that,” she said. “For me, that’s the crux of the slowdown.”