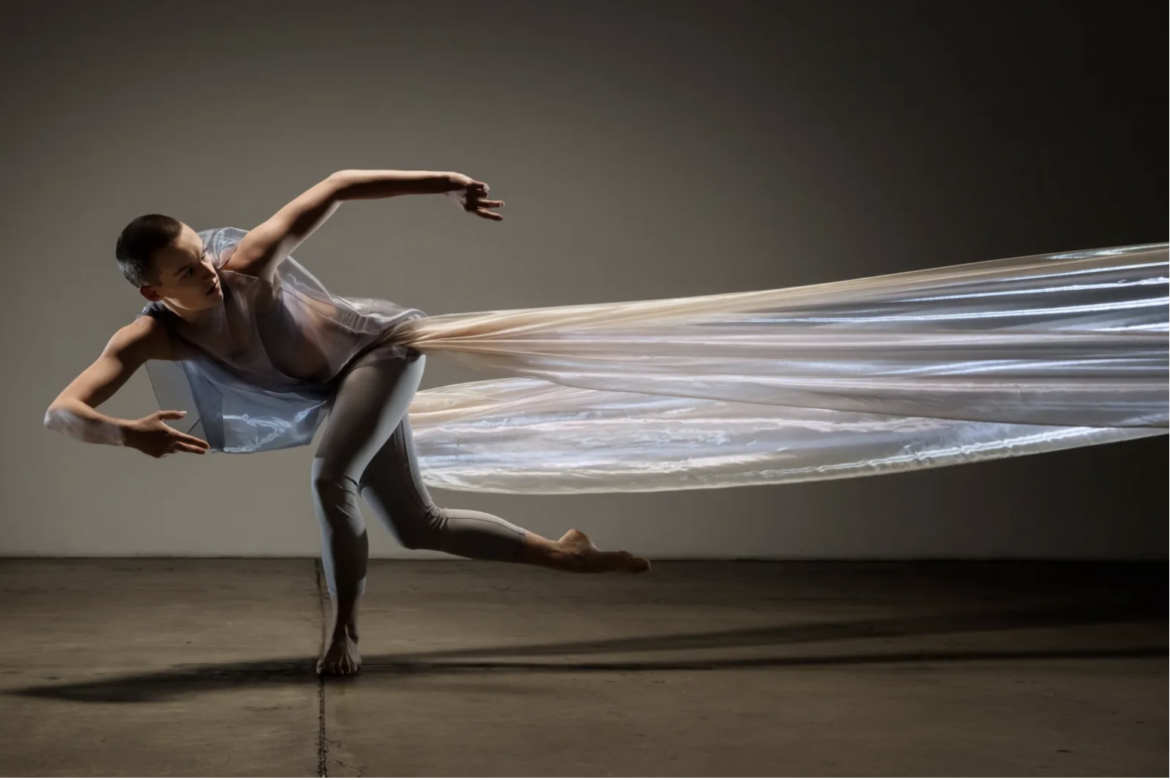 Bay Area troupe Post:ballet is among the performers in “Breaking Down Walls,” a benefit for Ukraine on Saturday in San Francisco. (Photo courtesy RJ Muna/Metro Film and Arts Foundation)

Stravinsky’s take on Sophocles: The classic Greek tragedy “Oedipus rex” by Sophocles, perhaps the earliest and most dramatic example of the “big reveal” in theater, formed the basis of an opera-oratorio written by Igor Stravinsky in the 1920s, with a text translated into Latin from a libretto by Jean Cocteau.

San Francisco Symphony music director Esa-Pekka Salonen and famed theater director Peter Sellars are collaborating on a staged version of it this weekend, paired with a production of Stravinsky’s nod to his own Russian Orthodox roots, the “Symphony of Psalms.”

The three performances, in addition to winding up the Symphony’s subscription season, are also launching a four-year Salonen-Sellars partnership, which will produce three other stagings of major works. The San Francisco Symphony Chorus will be on hand to participate as the Greek chorus, and the vocal talent will include tenor Sean Panikkar as Oedipus, mezzo-soprano J’Nai Bridges as Jocasta (his mother-wife!) and bass-baritone Willard White in the roles of Creon, the Messenger and Tiresias.

Bowing out with Beethoven and a world premiere: Music director Joseph Young and the Berkeley Symphony close out the orchestra’s 50th season Sunday afternoon in Zellerbach Hall with a performance of Beethoven’s mighty Ninth Symphony that will turn out to be a little bit different than what we are used to and the debut of a new work called “Rise” commissioned from composer Jimmy Lopéz Bellido in honor of the landmark anniversary.

Titled “Symphonic III: Rejoice,” the concert presents the Beethoven masterwork with its famed “Ode to Joy” concluding movement replaced with a reimagined libretto set by former U.S. poet laureate Tracy K. Smith that is a strong call for freedom and fraternity. Lynne Morrow’s Berkeley Symphony Chorus performs, along with vocal soloists soprano Shawnette Sulker, mezzo-soprano Gabrielle Beteag, tenor Edward Graves and bass-baritone Nicholas Davis. Peruvian-born composer Lopéz Bellido, now a Berkeley resident, based his “Rise” composition on a poem by Irish philosopher and cleric George Berkeley, after whom the city itself was named.

The arts as salvation: At a time when Russia’s brutal subjugation of Ukraine has no end in sight and the U.S. political landscape remains a festering sulfur pit of ugly partisanship, Saturday brings an event that seemingly addresses both of these maladies.

Organized by the San Francisco-based Metro Film and Arts Foundation, which provides grants to a wide array of arts groups and social causes, “Breaking Down Walls: Celebrating Our Shared Humanity” is something of a variety show of goodwill. Different artists representing music, dance, theater, comedy, animation and spoken word will present new works created for the event and exploring themes of how the arts can unify people.

Proceeds from the event will go to House of Ukraine, a nonprofit that, among other things, is organizing efforts to aid Ukrainians affected by the war. Among the artists set to perform are singer-songwriter Will Hammond Jr.; composer and musician Van-Anh Vo, who will team with choreographer Mia J. Chong and Post:ballet; the Seattle-based, progressive-minded Teatro Nagual theater troupe; poets Kim Shuck, Aileen Cassinetto, Tureeda Mikell and Maw Shein Win, and animator Jaroslav Baran. Emceeing the event is San Francisco comedian, storyteller and NPR personality Dhaya Lakshminarayanan.

The show kicks off at 7 p.m. at the Cowell Theater in San Francisco’s Fort Mason Center for Arts & Culture. Tickets are $12.50-$25. A recording of the event will also be available for streaming on June 26 ($25). Go to https://www.metrofilmandarts.org/breaking-down-walls.

Go to Hades: “Hadestown,” a Broadway hit that won eight Tony Awards including best musical in 2019, has just landed in San Francisco for a monthlong run, promising an intriguing blend of Greek mythology, romance and Trumpian politics.

The story, created by Anais Mitchell, who also wrote the music and lyrics, is a retelling of the Orpheus and Eurydice legend — man and woman fall in love, she winds up stuck in the underworld, he goes to retrieve her — with the King Hades and Persephone legend mixed in. In this case, Eurydice gets trapped in the control of Hades, a cold, dictatorial capitalist who is all about building factories and not particularly concerned that his projects are exacting a toll on a fragile Earth.

The play is directed by Rachel Chavkin (“Natasha, Pierre & the Great Comet of 1812”), who is widely admired for her fertile imagination and reportedly worked with Mitchell for years to develop the look, feel and action of the piece. The action takes place in a well-worn jazz club and the bleak, industrial landscape of Hades. The score and songs are described as jazz-meets-folk-meets-showtune. And anchoring it all is a timeless tale of whether love can resolve the most hellish of predicaments.

“Hadestown” plays at San Francisco’s Orpheum Theatre through July 3. Masks are not required but strongly recommended. Tickets are $56-$256 (subject to change); https://www.broadwaysf.com/.

A trauma retold: The Broadway hit “Dana H.” is probably unlike any stage show you’ve seen before. It was penned by acclaimed playwright Lucas Hnath (“The Christians,” “Red Speedo,” “A Doll’s House, Part 2”), based on his own mother Dana Higginbotham’s harrowing experience of being abducted and held captive for five months in 1997 by a psychiatric ward patient.

The story is literally told in her own words. After she recounted the ordeal for Hnath on tape, he crafted the play in which her recording is played while an actor lip-synchs onstage. Following initial runs in Los Angeles, Chicago and off-Broadway, it opened on Broadway last year and became one of the most talked-about shows in the Big Apple, and was nominated for three Tony Awards.

One of the nominees is acclaimed director Les Waters, who helms the piece. Waters has directed many a show for Berkeley Repertory Theatre, which is where “Dana H.” opens this week. Jordan Baker, who was an understudy for the show in New York, takes over the demanding role for the Berkeley Rep run. The 75-minute solo show is said to be intense and could be rough going for anyone who’s experienced an assault or abduction.

“Dana H.” runs through July 10 at Berkeley Rep’s Roda Theatre. Proof of vaccination is required, and masks must be worn in the theater. Tickets are $22-$115; go to https://www.berkeleyrep.org/.