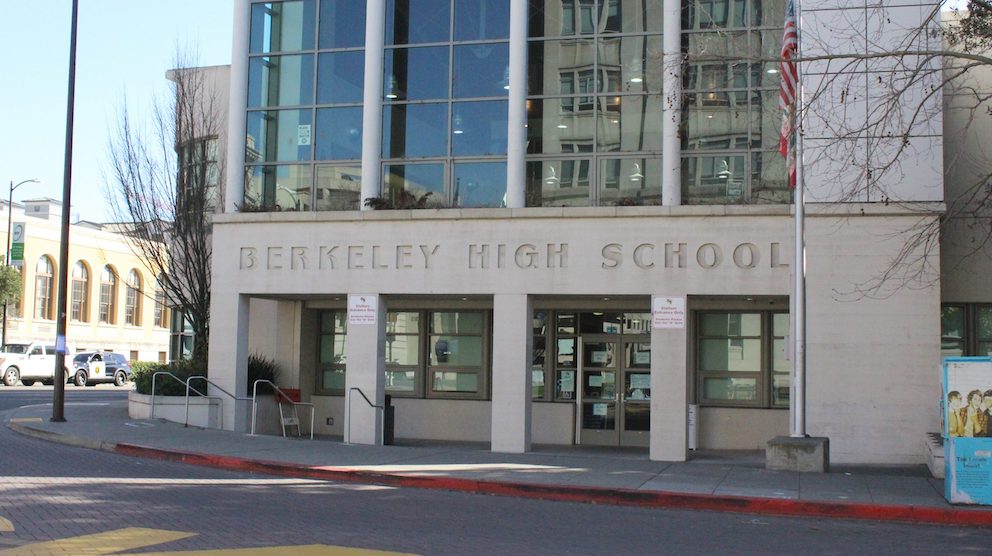 A 16-year-old boy was arrested Monday in Berkeley, days after police received a tip that the teen was attempting to recruit others to join in a shooting at  Berkeley High School “that included explosives,” police said, according to the San Francisco Chronicle.

Berkeley police first received the tip on May 21 and conducted an investigation that included searching the boy’s home. They found “parts to explosives and assault rifles, several knives, and electronic items that could be used to create additional weapons,” police said. The Chronicle reported that authorities said they also alerted Berkeley’s mobile crisis team to “evaluate” the teen.

The student turned himself in to the Berkeley Police Department on Monday afternoon. He was arrested on suspicion of possessing destructive device materials and threatening to commit a crime that would result in death or great bodily injury, police said.

The arrest was disclosed on Wednesday. The 16-year-old is being charged as a juvenile by the Alameda County District Attorney’s Office.

Police told the Chronicle that school officials were “apprised of any safety-critical information” during the investigation.

“We are committed to conducting our own separate investigation, within the parameters of our authority as a school district, and as the evidence warrants, pursuing all possible steps, including discipline, that will support student and community safety,” Stephens wrote.

Stephens noted that the arrest followed an apparently unrelated non-fatal shooting of a 17-year-old in Civic Center Park near the high school on May 26.  The shooting and the arrest of the 16-year old “may result in our students and staff feeling anxious and upset,” he wrote. Counseling is being provided at the high school, he said.

The Berkeley arrest comes a week after 19 children and two teachers were killed in a mass shooting at an elementary school in Uvalde, Texas, by an 18-year-old gunman who was killed at the scene.  The mass shooting prompted police agencies across the Bay Area to increase patrols around local schools last week out of an abundance of caution, the Chronicle reported.

On June 1, PUSD superintendent Randy Booker sent an email to the school community regarding precautionary steps the school district was taking:

Given the close proximity of this potential threat, I have been in contact with Piedmont Police Chief Bowers and as a precaution, additional officers and resources will be made available to PUSD campuses for the last day of school, as well as tomorrow evening’s Piedmont High School Graduation Ceremony. I thank Chief Bowers and all of Piedmont PD for their quick response and partnership.

This is a time of celebration and to recognize the accomplishments of our students that should not be tempered or spoiled by the actions of an individual. PUSD staff, the City of Piedmont and Police Department are committed to the safety of students, staff and the community and will work to ensure we end the school year tomorrow on a high note.